ITMO Researcher Nominated for Person of the Year by Fontanka.ru

Kirill Koshelev, a researcher from ITMO University, has been nominated for the Fontanka.ru media portal’s Recognition and Influence award. The list of ten nominees whose achievements were noted by the expert committee is available here (in Russian). Public voting will continue until November 30. 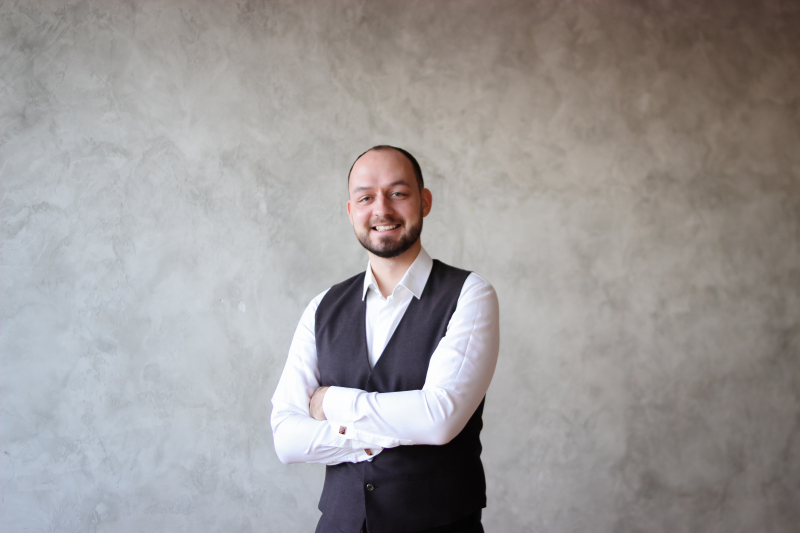 The Recognition and Influence award is organized annually by the St. Petersburg media outlet Fontanka.ru. Its aim is to celebrate St. Petersburg-based businesses that make the city a better place. Apart from businesses, citizens can also support specific people – in the Person of the Year category. According to the organizers, all ten of this year’s nominees in the category significantly contributed to science or culture, promoted crucial public initiatives, or saved other people’s lives.

Among the nominees is Kirill Koshelev, a researcher at ITMO’s Faculty of Physics and Engineering. As part of an international team headed by Yuri Kivshar, professor emeritus of ITMO University and a professor at the Australian National University, he developed a new generation of nanodevices that transmit data using light.

From a practical viewpoint, this development significantly expands the capacities of photo and video cameras (meaning, for instance, high-quality night photography) and boosts the efficiency of portable and desktop devices – from phones to smart home appliances.

“Our achievement brings nanophotonics dramatically closer to practical applications. And the fact that our research was published in Science, one of the world’s most influential academic journals, confirms that. For us, this means acclaim. Our technology will make it possible to improve the performance of portable devices by several orders and make them smaller at the same time. This step towards a revolution in desktop and mobile devices will make our lives easier,” explains Kirill. “We won’t have to go very far to find relevant examples: recently, Apple has presented its new Apple M1 chip for desktop devices that cuts down energy consumption, increases battery life, and improves performance by using brand-new technologies. We are certain that our creation can have the same effect.”

The importance of researcher representation

“Obviously, there are a lot of issues in the world – wars, famine, poverty; and I am really glad to see among the nominees members of search-and-rescue teams and volunteers who help the homeless or people without income. It is very important. Science is always developing in parallel to the current events, it determines the future that we will live in. That is why I find it crucial that researchers are also present on the list of nominees. It might be that right now our research is not as significant as the work of a doctor who saved someone with a severe form of coronavirus, but in the future we can make something that will generally improve people’s lives,” says Kirill.

He also notes that any research project nowadays is conducted by a team and the project’s  success doesn’t rest in the hands of a single scientist.

“Any research is conducted by a team, not a single researcher, and my project is no exception – together we brought our idea all the way to a prototype. I want to thank all my colleagues, without whom these results could never have been possible. Among them is my supervisor Andrey Bogdanov, head of our group Yuri Kivshar, as well as Sergey Kruk and Elizaveta Melik-Gaykazyan from Australian National University, and our collaborators from South Korea,” he concludes.

Winners in all categories will be determined by citizens of St. Petersburg who can vote for their candidates up to November 30. To submit your vote, you need to register on Fontanka.ru or use your existing account.

The other nine nominees in the Person of the Year category are: head of the pulmonary department at the Center for Intensive Pulmonology and Thoracic Surgery Tatiana Stepanenko; critical care physician, infectious disease specialist, and head of the intensive care unit at the Botkin State Infection Diseases Hospital Elena Kashirskaya; #WeAreTogether volunteer Nikolay Gritzenko; curator of the search-and-rescue team Liza Alert in St. Petersburg Anna Pavlyukova; curator of the Island of Forts project Kseniya Shoygu; rector of the Repin Institute of Arts Semen Michaylovskiy; director of the Hermitage Museum Mikhail Piotrovsky; vice rector for advanced projects at Peter the Great St. Petersburg Polytechnic University Alexey Borovkov; and researcher at the University of Southampton and St. Petersburg State University Alexey Kavokin.

Users can also vote for the best company in the categories Banking, Delivery Service, University, Bar or Restaurant, Art Space, Business Center and Coworking, Construction Company, Made in St. Petersburg, Best Employer, and Business Launch of the Year. These votes, too, will last until November 30. In contrast to the Person of the Year category, the companies were nominated by denizens of St. Petersburg themselves.

The results of the vote will be announced on December 10.