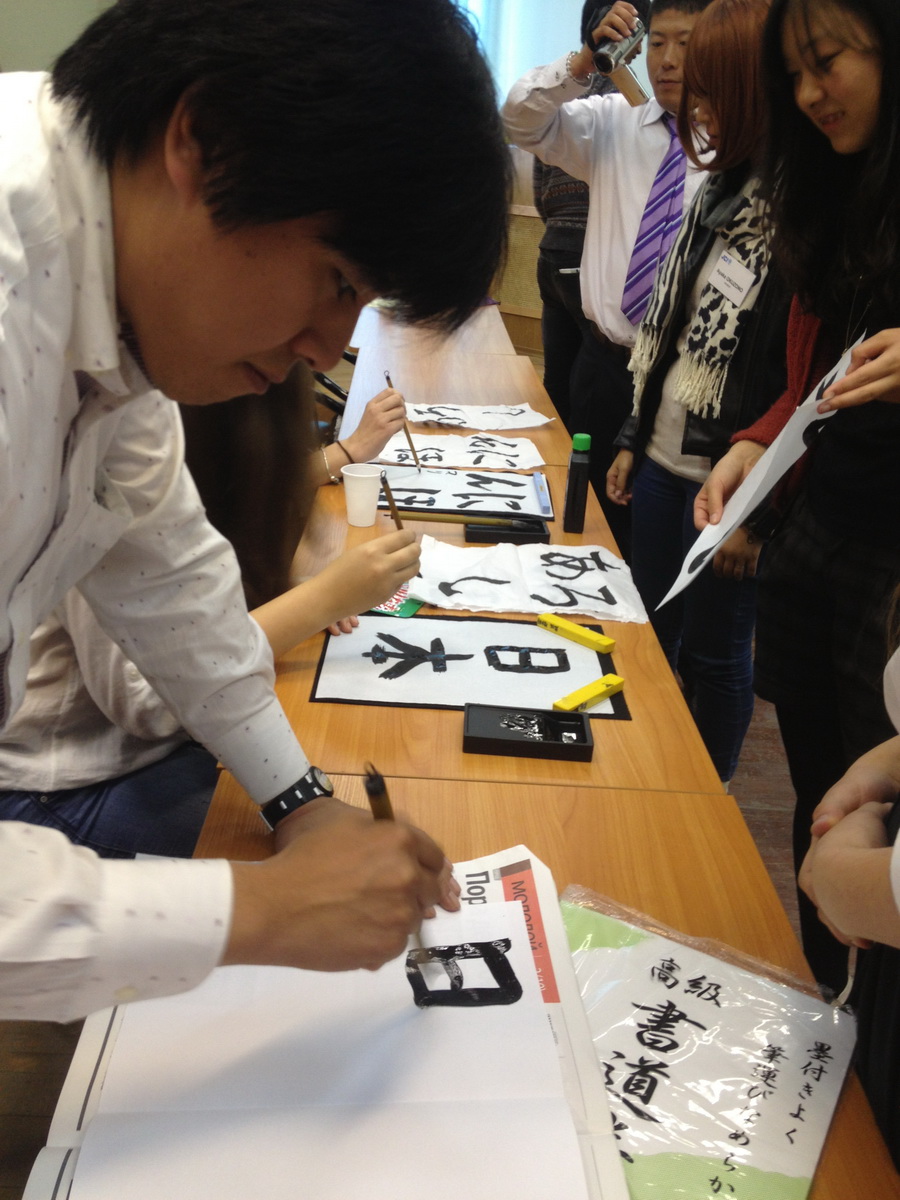 In autumn 2013 the Institute of Cold and Biotechnology of University ITMO invited the students from Japanese universities as a part of the Japanese-Russian youth exchange. In total, the program was attended by 15 students from nine universities in Japan: The Tokyo University, The University of Foreign Studies (Tokyo), the Kyoto University, the Yokohama National University, the University of Foreign Studies (Kobe), the Osaka University, the International University in Akita, the University of Aoyama Gakuin, the University of Foreign Studies (Nagoya).
During the stay in Saint Petersburg visitors from Japan communicated with their Russian peers, were sightseeing of the city, visited the Institute of cold and biotechnology of University ITMO, where they visited several laboratories, saw the presentation of Russian students about Russia and St. Petersburg and have shown their presentations about Japan. Thanks to living in families of our students, the Japanese students had a unique opportunity to get acquainted with the Russian way of life and traditional cuisine. The Student forum was held as a part of the Program. Students who are going to decide the fate of the Japanese-Russian relations in the future, held discussions on issues of mutual interests. A little about the program: The organizers of the program are the Japanese-Russian Youth Exchange Center and the Japan Junior Chamber. The Japanese students are sent to Russia, where they participate in exchange programs with Russian peers. The sending of delegations of students from Russia is held similarly. University ITMO is involved in this program since 2010.