Harmony of Versatility Forum participants’ suggestions will be implemented

The first spatial development Harmony of Versatility forum ended in St. Petersburg. The discussion of the metropolis evolution united Petersburg and world experts in the field of urban development - scientists, urbanism experts, representatives of cities and regional administrations. 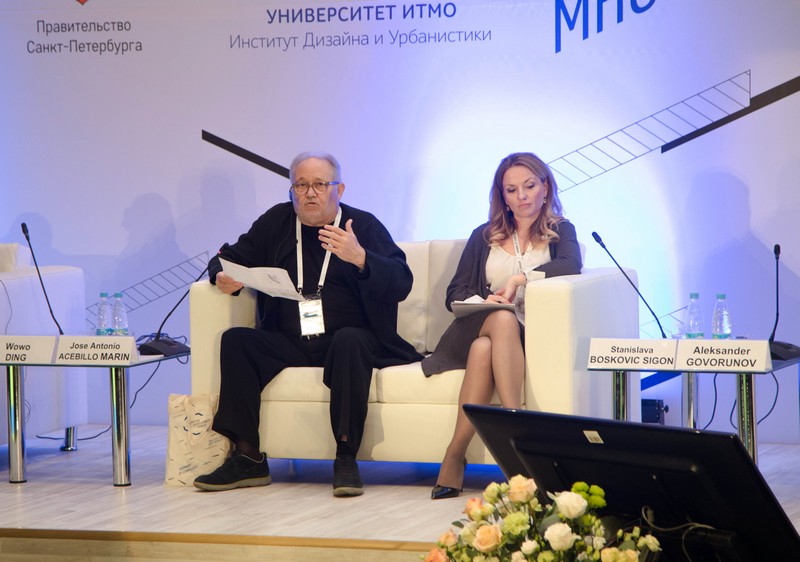 On the 23 of May during the plenary discussion Big St. Petersburg: New Coordination Horizons the experts were looking for the ideal format of interaction between local and regional authorities to ensure the successful development of urban agglomerations. Dmitry Yalov, the Leningrad Region vice-governor, called the creation of the Coordinating Council for the development of the transport system as an example of the federal entities joint work. Vladimir Vasilyev, the ITMO University rector and the co-chair of the forum organizing committee, noted that for effective work on joint projects the discussion platforms are needed, their role today is played by the universities.

"Our common goal is to provide the conditions for maximizing the people talent and intellectual potential realization. The higher school is working in this direction, on the eve of the forum we conducted preliminary strategic sessions. Our colleagues from Barcelona spent ten years to change the mentality of its inhabitants before starting the urban transformation. The universities are the catalyst of these discussions for the joint development of business, economics and social environment," Vladimir Vasilyev says.

Grigory Yavlinsky, the head of the Yabloko faction in the St. Petersburg parliament and the development manager of the Big Petersburg conceptual program, stresses that the concepts of a favorable general development are not born in the offices of officials but in the interaction between government, business, society and experts.

"One should start not with the powers separation but with finding ways to make the St. Petersburg agglomeration competitive. The general concept should combine the economy,  time and space - then the question of bureaucratic borders goes to the tenth plan. The problem is solved, if it is possible to structure the discussion in such a way, when it is possible to see the socio-economic development of the whole region in a three-dimensional mode," the deputy comments.

Georgy Poltavchenko, the St. Petersburg governor, came to the forum as well, to discuss ways of effective urban governance with colleagues from Armenia, China, South Africa and Austria. In his report, the head of the northern capital said that the city was interested in any global experience in the field of planning development both successful and unsuccessful. The already tested solutions will help to avoid the mistakes which were already done and form the own unique way.

"The more effort we put into the modernization of old and creation of new high-tech industries, transport infrastructure, the more we realize that the process of St. Petersburg development is coming to some sort of dash. Prior to this line we could work on the each sphere of life in the city separately. But on the new stage the successful development is possible only through an integrated approach, maximal harmonization of interests of different sectors of the economy, social groups, business and the government," the governor says. 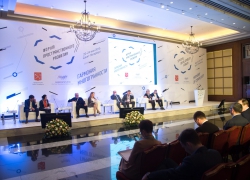 Within two days of the forum the thematic sessions were working where the experts were discussing the use of international experience in various Russian projects - the organization of public and art spaces, effective ways to interact with the government, civil initiatives realization, electronic systems of information, development and promotion of the smart city technology. The conclusions of the forum participants made during the first two days, were announced on Sunday at the New Frontier: Barriers Overcoming and Spatial Development Hidden Features open discussion. Vladimir Grigoriev, the head of the Committee on Urban Planning and Architecture and the chief architect of the Northern Capital, said that the ideas of the forum participants will be taken into account when drawing up the terms of reference to develop a new general plan of St. Petersburg.
Also, it is important to note that during the expert reports block of the Network Cities session, Vladimir Vasilyev, the ITMO University rector, handed to Georgy Poltavchenko, the St. Petersburg governor, the project of Kronstadt complex development Kronstadt Vision 2040, created by curators and students of the ITMO University master program Urban Ecosystems Design. The rector also expressed the readiness of the university to collect all suggestions voiced at the Harmony of Versatility forum and present them at the St. Petersburg International Economic Forum which will be held in St. Petersburg from 18 to 20 June 2015.
Back to top