Human machine: What Chris Hables Grey and Natasha Vita-More will talk about at GEEK PICNIC

GEEK PICNIC, an annual open air event for fans of science and technology is kicking off this Saturday, June 21, 2015. This year the festival is dedicated to the theme of “Human Machine.” Invited lecturers talked to the ITMO news portal about cyborgs, technological expansion of human capacities and what else is in store this weekend. 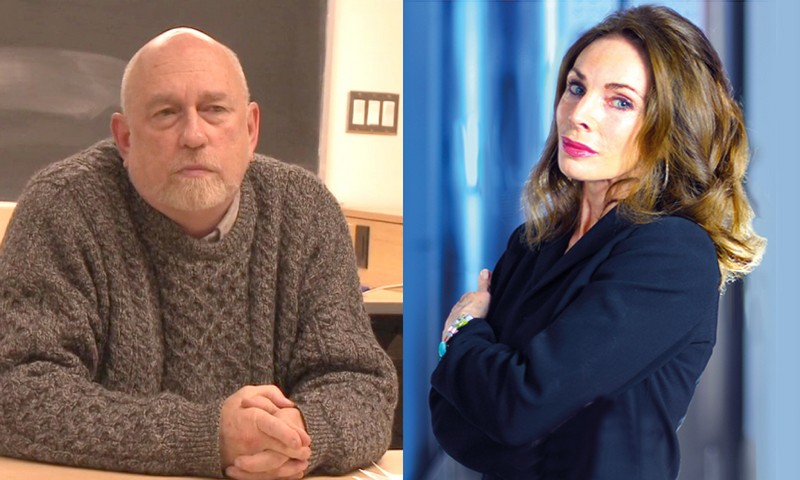 Chris Hables Grey, professor at the University of California, is a philosopher and the author of several books, including The Cyborg Handbook, Cyborg Citizen and Peace, War and Computers. The scientist approached the concept of cyborg in a much wider sense than traditionally done in everyday life and science fiction. Even though the term is over 50 years old, the process of cyborgization has been going on since the beginning of the human civilization. According to Grey, a cyborg is not only a human whose body has been implanted with artificial elements, but also anyone who rearranges the surrounding environment according to his or her needs and uses a variety of tools and mechanisms. This way most of the modern people become cyborgs in their early childhood, after the first shots and vaccinations. Cyborgization is a wide-spread process that should be studied in depth to ensure sustainable development for us and our descendants, states the scientist.

“My lecture at GEEK PICNIC will focus on human cybernetics, its influence on society and its political and other implications for the future,” said Mr. Grey. “Without the understand cybernetics, we can’t explain the processes of current (postmodern) warfare, defeat of great nation at the hand of small, such as Afghanistan and Vietnam, the development of civil society in conflict between governance from the top and control from the bottom, climate change on cyborgized Earth, the danger of elitism, supported by medicine, etc.”

Mr. Grey notes that the Russian technological processes and research are a significant contribution to the process of global cybernetics, and in his presentation he plans to highlight the role of individual countries in establishing a new vector of development for humanity as a whole.

“One of the key case studies during my presentation will be the experience of the strategic social movement “Russia 2045”, founded by a Russian businessman Dmitri Itzkov. This organization unites a lot of basic elements of political and almost religious movement of the technological development supporters, sometimes referred to as extropians and transhumanists,” he said.

Transhumanism will be the topic of the presentation by Natasha Vita-More, a scientist, designer and author of “Body by Design” and a human of the future “Primo Posthuman” project. According to the researcher, the most important goal for humanity at the moment is improving living conditions around the world, but it often seems impossible to reach because of the high number of those in need. For many people the biggest problems are the lack of basic necessities, such as water, shelter and food. New technologies help meet those human needs and transhumanistic research takes care of improving lives as well as extending them.

“The more scientific findings are used to tackle modern challenges, the more help people get as whole, especially those who need healthy living conditions,” said Ms. Vita-More. “The goal of transhumanism that we’re trying to reach with technologies and innovations is to eliminate the deficit of life, as human life and wellbeing have supreme value.”

Ms. Vita-More noted that the emerging culture of radical live extension is forming a new regenerative generation. In her lecture, the expert plans to talk about the project Makerspace designed for it.

“Modern society, from baby boomers to millennials, is very savvy about technology,” she said. “These people are well versed in the most effective scientific methods of regeneration and improvement of biological systems. Makerspace is a biological body and its extensions that form what I call exo-peripheral nervous system. While the human nervous system consists of the brain and spinal cord, peripheral nerves and receptors, an exo-peripheral system includes all devices that we use. Those are smartphones, biomedical devises, and any technological improvements used to increase sensitivity and expand communication space.”

Ms. Vita-More’s lecture “What’s Next? The Bioscience and Technology Spectrum of Regenerative Life” will take place on Saturday, June 20, at 17:00 – 17:50 on the main stage. Mr. Grey’s lecture “The Overdetermination of Cyborgs – Life, Death and Dreams of Immortality” will take place on Sunday, June 21, at 17:00 – 17:50 also on the main stage. More at http://geek-picnic.ru/geek-picnic-2015-spb