International multimedia conference Electronic Imaging & the Visual Arts (EVA-201) kicked off in St. Petersburg. On June 24 – 25, specialists and scientists will share their knowledge about innovation in cultures and arts. 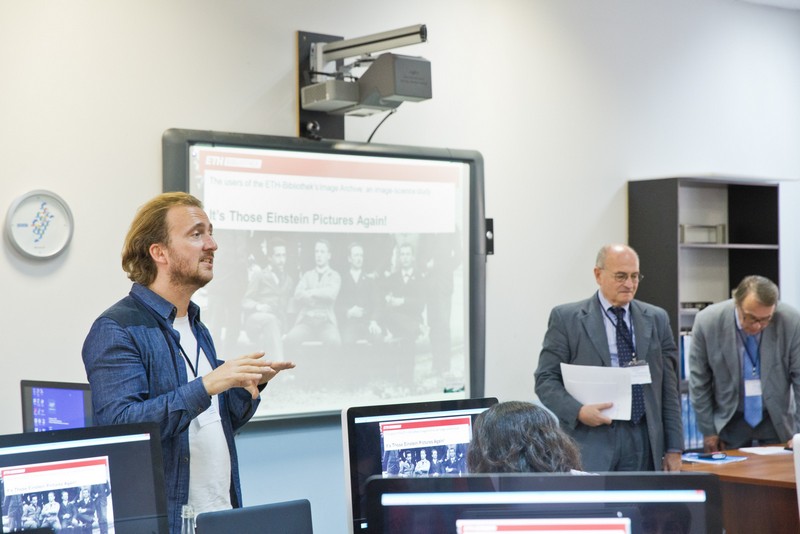 International multimedia conference Electronic Imaging & the Visual Arts (EVA) is an international conference dedicated to preserving objects of cultural heritage through multimedia as well as providing access to it using modern technologies. EVA has been held in Berlin, Jerusalem, London and Florence. From 2008 to 2013 the conference was held in Moscow.

This year it is held in Saint Petersburg for the first time. On June 24 and 25, experts will discuss the technologies for museums and excursions, recording and processing of presence effect videos, human-computer interaction, digital archives, creative industries and virtual reality. The program of the conference includes 39 reports from participants from Italy, Great Britain, Switzerland, Holland and other countries. Nikolay Borisov, the head of ITMO University’s Center of Design and Multimedia of the Department of Technological Management and Innovations, notes that Saint-Petersburg conference was made possible by the partnership with the University of Florence. In 2013, the two universities organized an international lab “Information Technologies in Culture, Arts and Design” co-chaired by Mr. Borisov and Vito Cappellini, the professor of the University of Florence. Italian and Russian scientists came to realize that the exchange of delegations is not enough for effective joint research and decided to move their work to an international level.

“ITMO University organized the international technological Cluster the Art, Science and Technologies. Yet a cluster is primarily an infrastructure, which brings together competences of different organizations for working on various tasks. Without a strong partnership the word ‘cluster’ doesn’t mean anything,” said Mr. Borisov.

Enrico Del Re notes that despite the fact that he manages the technological unit he thinks that different modern technologies should be used in the field of culture. Furthermore this cooperation is very important for Florence because it is a city of arts.

EVA-2015 stands out from other academic conferences because the reports here deal with applied issues. For example, Alexandr Folmar, the representative of Beuth University of Applied Sciences, talked about the principles of Offline Map for Android and iOS. Karl Smith, the head of the Ravensbourne Research Centre of Teaching Technologies, prepared the paper on uncommon ways of multimedia technologies application, from 3D cinema therapy of the stereo blindness to weight reduction of the items using augmented reality and others. Mr. Borisov noted that the conference focuses on technologies that have the potential for mass adoption.

Also he notes that one of the most important issues of discussion is how to make the results of innovative technologies interesting for people. For instance, what should a virtual museum look like, what should be inside, who will visit it and how cultural level of the visitors can be increased?

The list of the event organizers includes the University of Florence’s Media Integration and Communication Center, the Center of Design and Multimedia, as well as ITMO University’s Chair of Graphic Technologies and the Technopark.