Delegation of the All-China Youth Federation came to St. Petersburg with an official visit to discuss partnership opportunities. The guests met with representative of education and non-profit organization on July 7, 2015 at ITMO University. 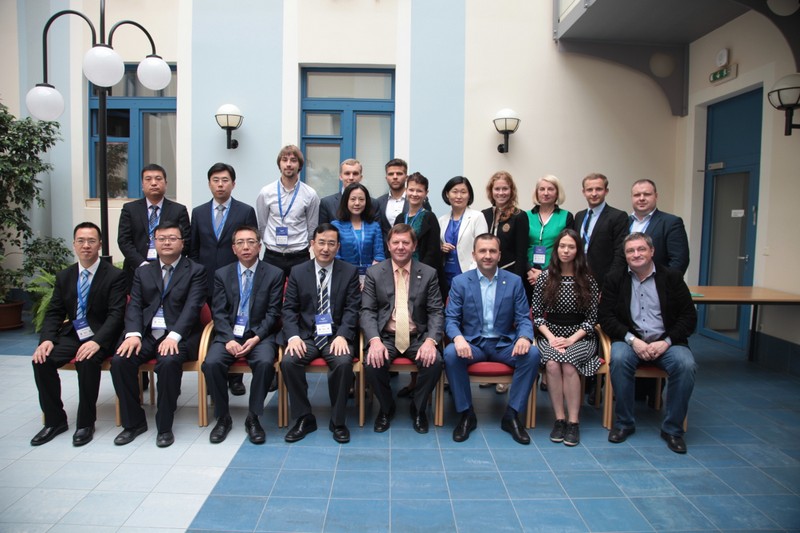 The visit of the Chinese delegation to St. Petersburg and other Russian cities is in accordance with the memorandum between the All-China Youth Federation and Russian Ministry of Science and part of the year of youth exchanges between Russia and China (2014 – 2015). According to the Federation’s Deputy Head Wan Si, the Federation plays a role similar Russia’s Department of Youth Policy.

“All-China Youth Federation collaborates with over 140 youth organizations in 77 countries but working with Russia is one of our top priorities,” said Wan Si.

During their visit, the delegation visited the Museum of Optics and the current Magic of Light exhibition as well as participated in roundtable discussions with the representatives of the Russian Youth Council, officials of ITMO University and representatives of the Student Council. According to ITMO University Rector Vladimir Vasilyev, the University was selected as a meeting site not by accident. It has a history of successful collaboration with Chinese universities and maintaining strong ties between our countries.

“We have joint educational programs, research and activities of our student organizations,” he said. “We actively collaborate with Peking, Changchun, Jilin, Harbin and other universities. “As members of the Association of Russian and Chinese Technical Universities, we play a vital role in Chinese-Russian exchanges and are currently developing programs to teach Chinese at our University.”

Wan Si also noted that his organization is interested in ITMO’s experience as an entrepreneurial university because the Federation is actively developing youth entrepreneurship avenues.

“Entrepreneurship is that common core that can unite the youth of Russia and China and create a platform for collaboration and partnership,” said Pavel Krasnoruzki, Head of the Russian Youth Council. “That’s why the Russian Youth Council and the All-China Youth Federation have launched the Chinese-Russian Young Entrepreneurs Club. We also work together as part of the Russian-Chinese Commission on Humanitarian Cooperation that will be meeting in Beijing at the end of the month.”

Youth organizations are scheduled to participate in a series of official visits in the fall as part of the closing of the exchange year between Russia and China.