Summer School in Computational Science Wraps up in Athens 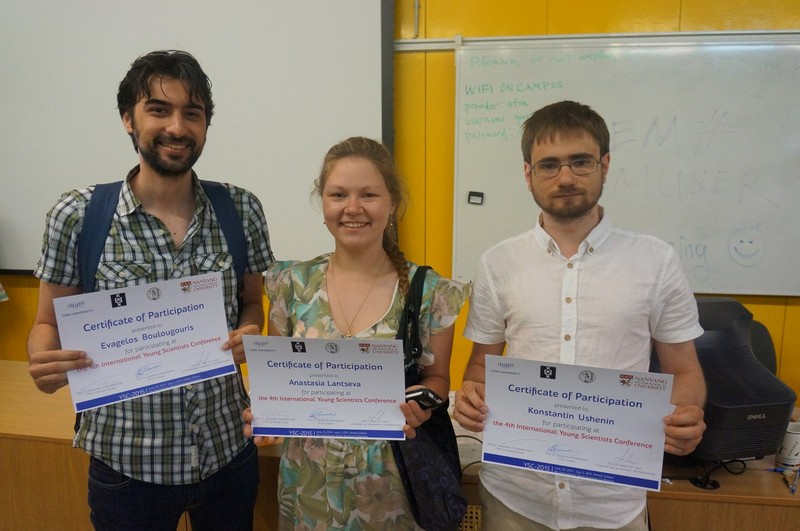 The School aims to develop a dialogue about the present and future of computational science, and applications of modelling and simulation aiming to solve a wide range of problems of science, industry and business.

The International Conference and the Summer School YSC is held for the fourth time, coming to Athens Polytechnic University after having visited Barcelona in 2013 and Amsterdam in 2012 and 2014. Such experts as Peter Sloot and Alfons Hoekstra from the University of Amsterdam, Stephan Turner, from Medical University of Vienna, Petros Komoutsakos from ETH Zurich and others presented master classes and lectures on AI and computational science.

Simulation and systems thinking is one way to explain the complex world in which we live. By collecting data and creating computer models, scientists can make predictions on critical problems, such as how to influence the flow of traffic, how an epidemic will spread, or the probability of individuals in society becoming addicted to drugs. The School will cover topics related to mathematical modelling, high-performance computing, data-driven modelling and simulation, and large scale simulation of complex systems. It offers an ideal range of topics for Master’s students in their final year of study, as well as for beginning PhD students interested in these areas.

ITMO University was represented by the graduate and post graduate students from the Department of High Performance computing. Nikolai Butakov did a report about the optimizing the location of security sensors in public places based on the example of Pulkovo Airport in St. Petersburg. Anna Nikishova presented on building an unstructured grid for wave modeling, while Ksenija Mukhina did one of the few presentations on data visualization. Her work was devoted to cloud rendering in real time.

“Almost all research by young scientists was devoted to urban issues and only one was about preventing vessel collision,” said Alexey Dukhanov, Senior Researcher of the eScience Research Institute. “But still the works by the participants of the summer school were completely different, which makes the school a transdisciplinary event.”

The title of the best project of the summer school was awarded to the project headed by Klavdia Bochenina, an engineer with the eScience Research Institute. During four sessions the participants worked on modeling small-scale spatial events for reducing lines during festivals, such as GEEK PICNIC.

“Intellectual methods for cutting back lines are not widely used at the moment, so our group decided to tackle that issue,” said. Ms. Bochenina. “We concluded that it’s necessary to apply the methods of preliminary multi-agent modeling to position exits in the most effective way and determine their number based on the date about the anticipated people flow. We also thought about offering personal support to organizers of such events and developing a mobile app. It would collect data about attendees, process it with special algorithms based on the queues theory and offer personalized recommendations about the order in which to visit the points of interest.”

The key advantage of the school is that collaborative work helps young scientists learn about a variety of subjects, said Anna Bilyatdinova, a professor at the Department of High Performance Computing. Group projects help the participants better understand the essence and the specifics of computational science.

“Computational Science is a science about computer and super computer modeling in various areas. If our specialists are working on the issues of floods, traffic jams, spread of infection or analyzing social networks, they need to be able to collaborate with domain experts,” she said. “Applying mathematical models in a specific area make them shine with new colors.”

Next summer school is taking place in 2016 and will be organized in collaboration with Finnish universities.