ITMO University delegation visited French partner universities in order to discuss academic collaboration, exchange programs as well as joint educational projects. This meeting was organized under the leadership of “5-100 Russian Academic Excellence Project.” It took place from September 30 to October 6. 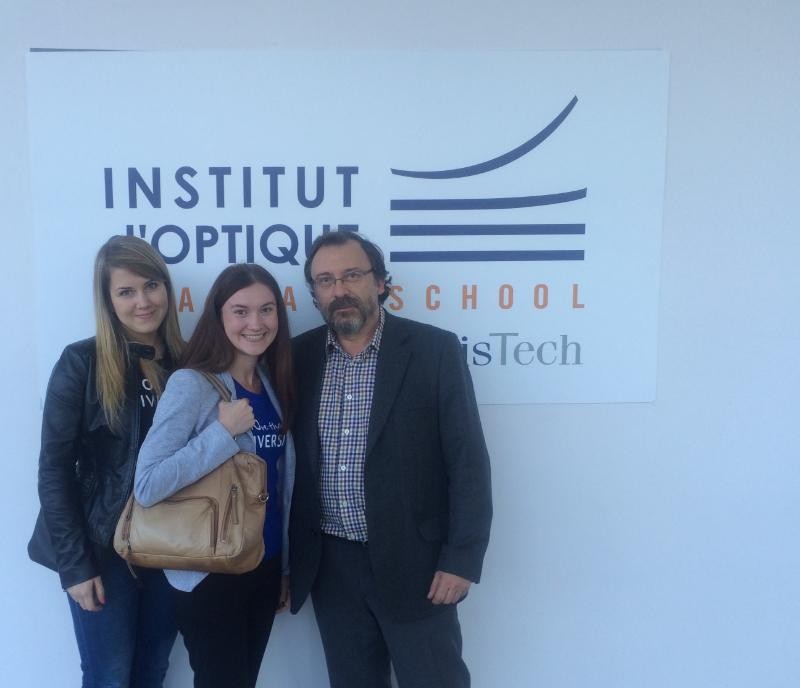 Elena Shumeyko and Natalya Vasilyeva,  managers of Institute of International Development and Partnership, met with colleagues from international departments of largest French universities such as Télécom ParisTech, Institut d'Optique Graduate School (IOGS), ESIEE Paris and Paris Diderot. Being technical universities all of them have their own focal areas like IT, telecommunications, optics, math, physics and so forth. Télécom ParisTech and IOGS are key participants of one of the largest French educational consortiums. Furthermore other participants of this association like “ENSTA”, “ESPCI”, “MINES” and “ENSAE” are also going to collaborate with ITMO University. At the meeting experts discussed cooperation perspectives and activities that will be turned into reality in the nearest future.

Not all French partners know about educational programs offered by ITMO University. It offers a variety of disciplines taught in English. Moreover, representatives of some universities like “Paris Diderot” suppose that Russia and France have to initiate more joint projects. Thanks to “5-100” Russian universities become more international partnering with universities from all over the world.

At the end of the meeting ITMO University`s representatives signed a framework agreement with “ParisTech.” It gives an opportunity to provide student exchange programs. It is very important both for interacademic collaboration and friendly relations between two countries that were historically close to each other.

International partners aim to attract students from other countries. They also want their students to study in Russia. Thus “IOGS” is interested in academic exchange programs in the field of optics with ITMO University because it is a key area for the university.  French partners are also interested in “World Champions Programming School” as well as short-term programs.

“French universities are one of the most important international partners of ITMO University because higher education is free in this country. Moreover, some French universities initiated an obligatory exchange term. Thus French students have to spend one term abroad in order to get a degree. ITMO University has an opportunity to become the most popular exchange partner with French students,” noted Ms. Shumeyko, manager of Institute of International Development and Partnership.