Games for training intelligence, exercises for improving one’s memory, different mental training programs – these are the methods people use in hope of becoming cleverer and preventing dementia. Still, the question remains as to whether such methods are really effective. 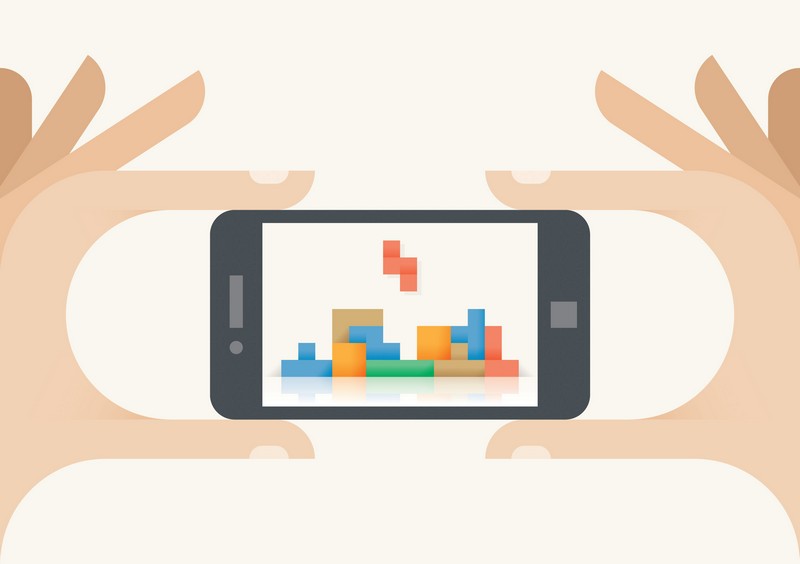 One of the first scientists to ever study the effectiveness of games in developing human intelligence from a scientific point of view was Torkel Klingberg, a professor of cognitive neuroscience at the Karolinska Institutet in Stockholm. In 1999, he conducted an experiment during which children played computer games focused on training one’s memory. As a result, the participants demonstrated not only an improvement in their memorizing ability, but an improvement of their mental abilities in general. Klinberg himself founded the Cogmed company that develops different software for developing cognitive capacities. Klingberg’s research evoked a wide response, followed by a great amount of similar research. Scientists started to look for evidence that special games can improve IQ, concentration and attention, numeracy, as well as decrease the risk of dementia. For instance, a recent study mentioned in Scientific American showed that in a group of the elderly that have been playing such games on a daily basis for the last 10 years, only about 8% developed dementia, whereas in the control group the dementia rate was about 12%. As of now, there are numerous websites offering whole courses for developing intelligence. With the help of such websites, one can create his own training program, or use a special application to get one by completing a test. The exercises mostly have to do with remembering particular sequences, reaction speed, determining similar objects, mental calculations, etc., and take about 15 minutes a day. For example, such services as Lumosity, Wikium, Neuronation offer games in which one has to quickly compare equations, find the required number in a series of blinking and shaking cards, and determine which objects are similar based on particular attributes.

Still, there are other studies whose authors state that games have no effect on general improvement of mental capabilities, as they train only particular skills necessary for the completion of a particular tasks. For instance, back in 2010 the Nature magazine published an article (amongst the authors were researchers from Cambridge’s Department of Cognitive Neuroscience) about a study including over 11 thousand participants. Over 6 weeks the participants trained their thinking, memory, strategic planning and visuospatial orientation skills and attention using online courses. Although they’ve shown an improvement in these cognitive skills, there was no effect on their ability to solve other tasks, even those similar to the ones used in the abovementioned online courses. What is more, some scientists note that there is the “fire-drawer effect” to these studies – meaning that people remember only those results and experiments that showed a positive result, forgetting all about those that didn’t. Thus, lots of research that showed no effect of games on intelligence could have never been published at all.

At the same time, mental capabilities are based on multiple factors, including working memory and neuroplasticity. Working memory is about one’s ability to work with the necessary fragments of information stored in his brain when solving current tasks, and has essential effect on learning abilities, concentration and memorizing. Some studies show that games can improve working memory. For instance, scientists from Kazan Research Institute for Eye Disorders conducted a study among 409 students from a medical university. Those of them who had been playing such games showed better results in the condition of their working memory. Neuroplasticity has to do with the brain’s ability to create new neural links when one learns new skills. On the cognitive level it’s about creating “archives” and storing new knowledge. It was once generally accepted that a person loses this ability with age, and the brain “dulls”. Recent research proves this to be wrong – the brain is capable of rehabilitation and restructuring even in old age. It’s also worth mentioning that one’s mental capabilities largely depend on his environment.

“Games can’t “improve” one’s intelligence, if it’s not something like chess or go, but they create the necessary conditions for maintaining it. Also, games are good for acquiring particular skills, which is essential in both education and restoration of mental capabilities – especially when it is known for sure, which cognitive skill calls for therapy. All in all, the process of searching for something new in something old is a good exercise for the brain. That’s why we should develop old skills by discovering their new aspects, those that we’ve never noticed before. Cognitive skills are more about social and cultural activity, and a healthy brain can always find some “cognitive set” for itself depending on the environment. A good example of that would be “feral children” who have lived isolated from human contact from a young age, although completely healthy, they still do not possess many human abilities”, - commented Ms. Natalia Lukovnikova, the head of the Center for Science and Technology Foresight. As of now, there are many technological solutions for restoring different cognitive skills offered on the neurotechnology market. ITMO’s “Neurotechnologies in virtual reality” International Laboratory and Pavlov Institute of Physiology of the Russian Academy of Sciences have already developed methods for reconstruction of massive neural circuitries of the human brain which can be used in restoring cognitive and locomotor functions in people after a stroke, as well as help patients with mental affections in remission, psychosis and neurosis. The rehabilitation is carried out in a game framework: the person sees his body in VR space on a screen, and his movements are shown in an obscure and comical way. This helps the patient understand his problems, and the systems shows him what to do with them. There are also other research projects going on at ITMO University that have to do with analysis and control of one’s conscious and unconscious behavior in his regular and pathological condition.