The researchers of the Design and Multimedia Center made an interactive video of the rock band “Picnic” live concert as part of the “Video360Production” project. 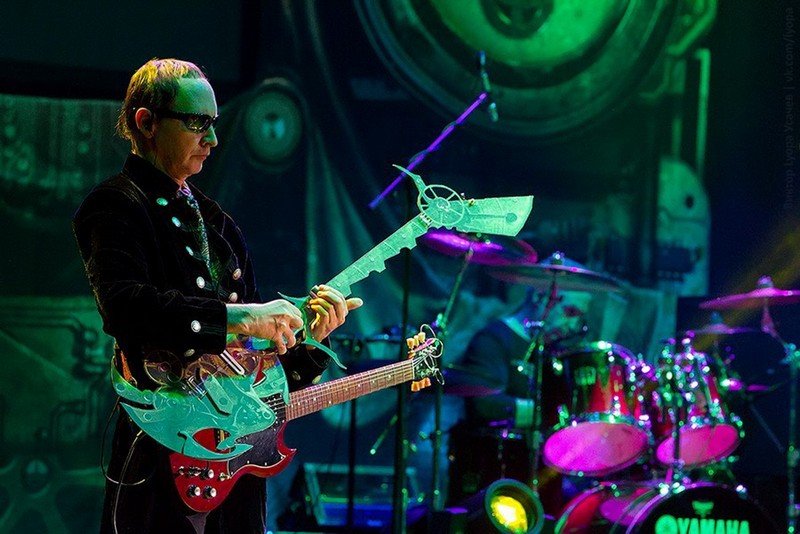 Unlike standard videos where the view angle depends on the cameraman`s position, “video-360” offers an opportunity to look at everything you want whether a front man, bassist or fans. Thanks to the camera with a multiple lens system, which shoots video fragments from all sides, it is possible to make a video with the presence effect.

“Some researchers of our team are fans of “Picnic”. That is why we decided to make a video of their St. Petersburg concert. It is more than a live video because one can experience immersion into the video story and look any direction at any time,” said Denis Stolyarov, the senior engineer of the Design and Multimedia Center.

Despite bad light in a club an image quality is quite good. Enjoy the live concert of “Picnic” on the website of the “Video360Production” project.

The most difficult thing was to capture the sound because being in different places of the hall cameras record different sounds. To make a viewer believe that he or she is in a concert hall the specialists had to make a sound as realistic as it possible.

“Nevertheless we found the solution. We combined a recording of stereo microphone with studio recording. Thus one can enjoy high-grade sound and at the same time hear how fans sing along with the front man,” noted Mr. Stolyarov.

The specialists of the Design and Multimedia Center made videos for other Russian music bands. They also collaborate with large St. Petersburg theatres like Mariinsky and Aleksandrinsky.