The current situation regarding the recent virus outbreak has created many inconveniences in our daily life: it is not safe to use public transport, visit crowded places such as universities, or go outside in general. Working and getting an education from home is the new universal trend, so we at Kronbars eSports decided to develop a distance learning system directed at teaching people to play eSports. Inspired by it, I decided to write a blog about the student eSports scene that we currently have. 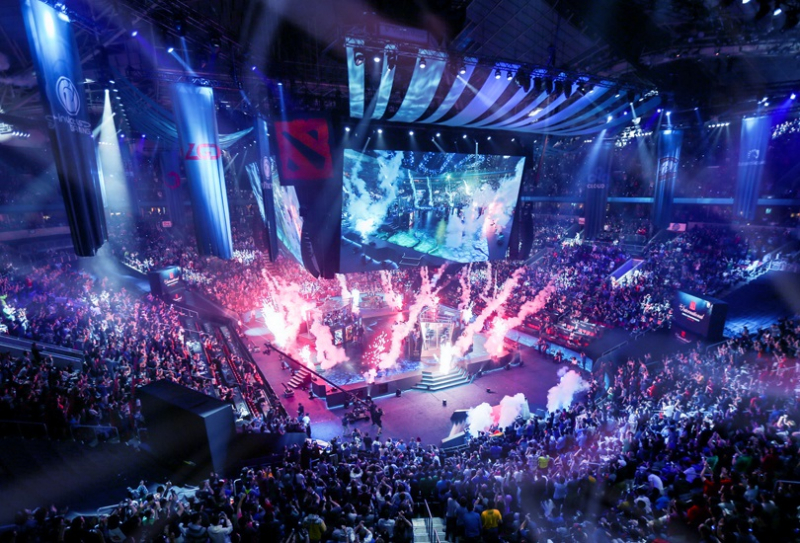 The International 2019, one of the biggest tournaments in esports, where 18 teams from across the world compete for a prize pool of over 34 million dollars. Credit: blog.dota2.com

eSports is a form of sport competition using video games. It originated in the 70's when people were competing in arcade games and rapidly grew after. Nowadays there are thousands of people watching eSports tournaments, professional gamers getting sponsorship and fame very close to professional athletes. Despite its popularity among younger people, eSports is still not considered a real sport among the population in general. One of our main goals is to show that video games can be played as seriously as football, chess, tennis and other competitions are played right now, and are just as demanding in time, effort, willpower and teamwork.

So… Why eSports? I’d say there are several reasons. Firstly, it's more convenient: you don’t need any special gear besides a common PCwith a keyboard and a mouse, you don’t need to go out, you don’t even have to gather a team — in every game there exists a matchmaking system that will find evenly skilled teammate and opponents from your region. Secondly, it’s fun! I don’t think there exists a person who haven’t tried video games: even my parents who are strangers to modern games, have played Mario and other games on older consoles, and I think everyone knows the rush that appears when you play them: "I've got to beat this level", "I have to figure this out" - and this rush is bigger when you compete at these games. It is not a computer, or a script that you need to outsmart — it is a real person, and the feeling of superiority when you do outplay them? It’s hard to trade that for something else. Lastly, I think eSports somehow gives more "pure" experience in competitions. There is no requirement to have strong muscles, be extremely hardy or remember tons of debuts, there is only you, your opponent and the game rules. And if you lose, there is always a replay that you can watch millisecond by millisecond and learn from your mistakes.

Luckily, more and more people recognize eSports even if not as a real sport, then at least as a real thing in terms of business, so every year there are more and more events hosted by big companies. For example, recently our team took part in a Dota 2 tournament at Gazprom Arena, which was a great experience for us, and I believe such events will help Zenit gain even more popularity among youngsters.

For the last two years, I have been a player and a captain of the Kronbars eSports Dota 2 team. We participated in many tournaments, including the annual VKSL, the Russian Student eSports League, the biggest tournament for students, where winners in each discipline take 75 thousand rubles each, for a total of 975 thousand rubles split across all disciplines. Despite coming only second in Saint Petersburg in overall standings in the last couple of years, our organization still found the means to support our players. For example, in 2019 we signed the sponsorship deal with the Dostaevsky, a popular delivery service, which provided the money for the tournament entries and merch while also providing us with food during competitions. This year, we have already signed the deal with a new sponsor, who provided us with new keyboards, mice and headsets for our training facility located in the main building on Kronverksky prospekt, with even more new projects coming along, but we are not yet ready to announce our partnership.

Speaking of projects, Kronbars eSports has hosted more than ten tournaments this year, including three that were part of the KronBarsGames annual interfaculty sports event. Touching the subject of the eSports-learning system we develop: the first part of it is weekly tournaments that award Physical Education attendance points based on your results, and it already has been announced. You can find more information about them in the pinned post on our VK page. We started with the two games that are easy to learn even for complete beginners at gaming, which are CS: GO and Teamfight Tactics, even more tournaments and other ways to earn points will be announced on April 1. For now, I can give a spoiler for one which I’m part of: we are creating a theoretical education system consisting of video guides and live streams on Twitch for all kinds of students, from the ones who only installed their first game, to those who are already dreaming of winning the World Championship one day. Fortunately, there are many skilled players performing on semi-professional levels on the Kronbars eSports team, some already have experience of coaching, who can teach newcomers both the basics and the advanced knowledge of their sport.

I hope more people will be interested in student eSports and eSports in general after reading this blog, and I hope to see you at our online and LAN events in the future!