While adults think of global trends, children contribute to the future having no doubts. This year, they presented their technical solutions for the 13th time at the Baltic Science and Engineering Competition in St. Petersburg. Traditionally, the competition took place in ITMO. 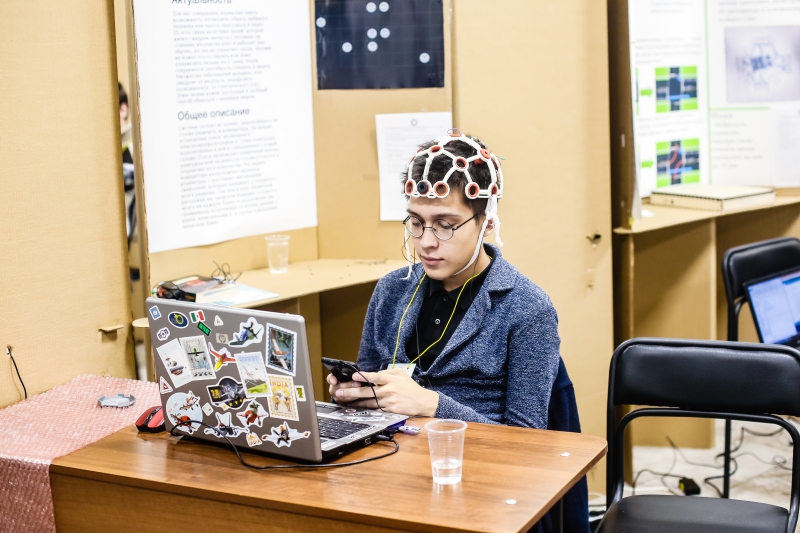 At the opening ceremony, Vladimir Vasilyev, rector of ITMO University, as well as representatives of the Government and heads of partner companies, greeted the participants. "We'd like to create a system of continuous education which will allow to supervise young talents from their school years and up to the point when they get their Doctoral degree," said the rector. The officials mentioned that it is important to involve youth in research and engineering, and appreciated projects presented by the participants. Those who participate in this competition are future pathbreakers in global science, believe the speakers.

To share the projects presented at the competition with those who didn’t make it to the contest, the Intellectual Gravity Space was created last year. This platform is used to organize workshops and seminars by representatives of business and young scientists. For example, this year, the participants had a tour of the "nanoscale world" from the PhD students at the Department of Nano-Photonics and Metamaterials. The children also visited a presentation on growing multifunctional crystals and took part in an interactive game inspired by Star Wars.

The exhibition of projects occupied two halls at ITMO’s building on Lomonosova, 9. During the whole day, the young engineers were presenting their projects. Here are some of them:

The "Extraordinary Hydroponics" by Valeria Bratchikova, a fifth grader from Udmurtia, is a water circulation system. The water goes from a fish tank to a plant pot, then, after being purified by the plant, the water comes back to the tank. Thanks to the system, fishes and plants exchange nutritious components. The device is very effective — Valeria has a tank with sturgeons equipped with this system.

Petr Peresadko, eighth grader from the Moscow Region, presented the "Relsotron" project. Based on an electromagnetic launcher, it can be used in weapons and systems for cargo delivery to the orbit. According to Petr, his device resembles the system made by NASA.

"I ordered details at a factory, even had to go to Moscow. My parents help me with ordering and difficult manual work, like when it is necessary to saw something with a grinder. But all the other work was completely on me," said Petr. Artem Pavlenko, a school graduate from Omsk, has been working on a Mars rover for more than a year. Unlike other rovers focusing on looking for extraterrestrial objects, It searches for regions suitable for life. Artem already spent 20,000 rub for the project and also used some details from an old laptop. As many other participantshe ordered details like solar and lithium polymer batteries online.

"The prototype provides comfortable conditions for people inside. For instance, it has a container for soil sampling, which is appropriate for growing potatoes. The system is also equipped with sensors for analyzing radiation background and atmosphere composition. By the way, the real Mars rover has to be eight times bigger than my prototype," says Artem. This year, children from 49 Russian regions as well as Ukraine, Belarus and Kazakhstan submitted their applications. According to the organizers, they received over 4,000 applications, but most of them were not unique. Finally, the experts selected about 500 projects, authors of which managed to make at least a small discovery. After a more detailed analysis, 289 projects and 349 participants were chosen. The projects were devoted to math, programming, chemistry, physics, biology, ecology and also robotics. The winners of the contest will take part in the Intel ISEF-2017 contest in Los Angeles.