Nikolay Bovtunov, senior analyst of Project Activities and Fundraising Office of ITMO University, shared his ideas with leading Russian experts at IT Import Substitution Forum in St. Petersburg. The event was organized for the first time and brought together 150 IT gurus, officials and representatives of universities. 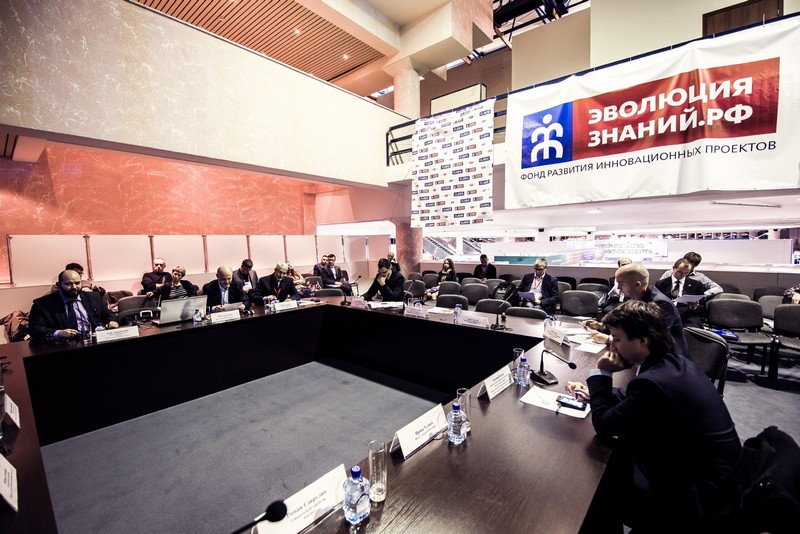 According to its organizers state-of-the-art Russian IT market, interaction between government and entrepreneurs as well as strategies of import substitution in this field, were the most topical issues of the Forum. Having discussed merits and flaws of Russian IT field specialists noted that, on the one hand, some large Russian companies have been developing their software projects for big companies and state-owned corporations for more than 15 years. However, on the other hand, IT field has some troubles. For instance, expensive introduction of hardware resources out of offices, lack of expert examination and peer-to-peer integration prevent Russian high technologies from being widely used at innovative enterprises.  As Vladimir Bykov, a representative of Trinity corporation, noted cybersecurity is also a problem to be solved.

“Such important things as expert examination, assistance of specialists and researchers from universities are necessary for Russian enterprises. We also need to develop specific cloud services, prototyping centers equipped with 3D printers and additive technologies so as to implement Russian software systems into economic sector and widen it.”

One of the most important roundtable meetings of the Forum was devoted to government support of Russian IT inventions. Evgeniy Ilnov, representative of the Committee for Entrepreneurship and Consumer Market Development, said that the Government developed this field by organizing project management training programs and launching committees for small and medium entrepreneurship. According to Mr. Ilnov it is necessary to take needs of entrepreneurs into account but it`s impossible to change laws constantly.

“We can modify state-based programs but in this case we will scarcely manage to predict the development. Applying for legislators is appropriate even if a problem is acute,” said Mr.  Ilnov.

Speakers also came to the point that St. Petersburg was the main IT center of Russia. Nikolay Bovtunov shared how ITMO University contributed to innovation development by commercializing IT projects on the base of ITMO University Technopark and business incubators.

“We teach our residents to deal with tender documents because any promising invention will not be successful if the documents are executed in a wrong way. In this case an inventor will fail with submitting an application for a grant. Furthermore apart from business-oriented projects we develop non-profit activities. For example “People need you” festival support socially beneficial projects,” noted Mr. Bovtunov.

Participants also made some plans for the future. Thus they underlined that the most significant things to be done is to make short- and long-term strategies of import substitution, exchange experience with international experts, especially from Europe and Asia.