How does an international student feel about Russia after almost four years here? To find out, we got in touch with Chien Bui from Vietnam, a fourth-year Bachelor’s student in Information Technology and Programming at ITMO University and a front-end UI/UX developer. We talked to her about her experiences, memories, and future plans. 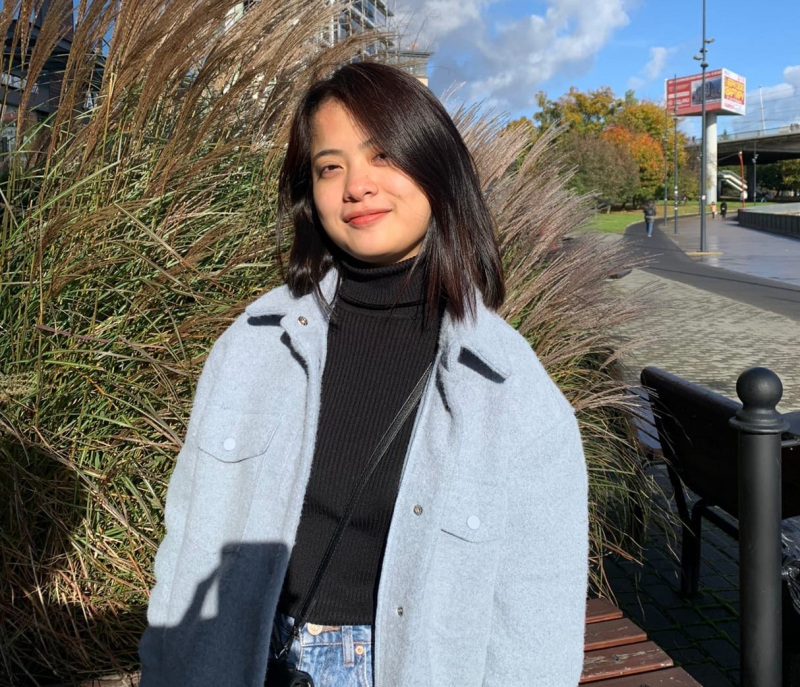 Chien Bui from Vietnam. Photo courtesy of the subject

How does it feel to be a part of such a big community of Vietnamese students at ITMO?
It feels really good to have so many people from Vietnam. ITMO University is very popular in my country. Therefore, it is quite expected that many students from Vietnam are studying here. In the coming years, I am sure the number will continue to increase.

Did you find it difficult to study in Russian?
When I first arrived here, I didn’t know any Russian. I attended the foundation program for a year but it was not enough. I faced the very daunting task of understanding the lectures. I had to burn the midnight oil to pass the tests. However, in due time, I started getting a grasp of the language. I won’t say that I have mastered it, but I am in a much better position now than in my first year.

Were you a part of any student club at ITMO?
At first, I was too shy to join a club at ITMO. But after some time, I discovered ITMO’s  KronBars sports club. I love playing badminton so I joined the badminton club. Everyone there is very friendly and welcoming. It was a great experience for me because I got to interact with many international students.

Which dorm do you live in and where are your roommates from?
I live in the dormitory on Vyazemsky Lane near Petrogradskaya metro station. I had several roommates in the last four years. I lived with girls from Russia, China, and India. Currently, I live with another Vietnamese girl.

How well have you adapted to the weather in Russia?
When I arrived here, it was snowing! It was so cold that my nose started bleeding. The weather was very new to me. In Vietnam, it is very hot. However, my body started to adapt very fast. Now I am quite used to this weather. My favorite season is the summer as I really like white nights.

What has been your experience with Russian food?
I like Russian food a lot. I became fond of Russian cuisine very fast. My favorite Russian dishes are borsch and blini. As a first-year student, I used to cook my own food every day but now due to lack of time, I purchase my meals.

What are your plans after graduation?
I want to continue my studies after graduation. I am learning Chinese because I want to pursue my Master’s degree in UI/UX from China. My dream is to be a front-end developer, so I want to study the topic in depth.

Did you do any internships during your Bachelor’s studies?
Yes, I did an internship online in Vietnam. I couldn’t do an internship here because of my low proficiency level in Russian. I did qualify for an interview here at a company that works with JavaScript. But I could not crack it as they needed someone who could speak fluent Russian.

Would you encourage students in Vietnam to come to Russia for their Bachelor’s degrees?
I would definitely encourage everyone to consider Russia for their Bachelor’s studies. My advice would be to always be confident. One should never be shy to join a student club or participate in an activity. Also, don’t be embarrassed if you haven’t learned the language yet. It is important to talk to people so that you can adapt to the city very quickly.

Which is your favorite place of interest in Russia?
My favorite place in Russia is Murmansk. It is a city in northwestern Russia, at the end of a deep bay of the Barents Sea. I went there last year during the winter along with my friends to witness the northern lights. It was a very adventurous trip. We had to stand through a blizzard and wait for the lights to appear. But it was all worth the pain. They were magnificent. It is the best thing that I have ever witnessed in my life!

What has been your best memory in Russia?
My best memories are from the time when I was teaching English to kids here. I used to work part-time as an English teacher here where I got to interact with a lot of Russian kids. They used to love me a lot. I never realized I got so attached to them. That is my best memory in Russia, hands down!

When you go back to Vietnam next year, will you miss St. Petersburg?
Of course, I will miss this city a lot. I have been here for four years. So many experiences, so many events. All of these will stay in my mind forever. I will especially miss the university, my friends, the food, and of course the kids whom I used to teach.

Given a chance, will you ever come back to St. Petersburg?
For sure! St. Petersburg is such a picturesque city. I really like it's classical aura. The people here are very nice and friendly, especially the elderly. I would definitely love to be back here on a vacation with my family so that I could share the entire experience that I had here with them.