Mahdi Akhlaqi: The Attitude We Have Towards Ourselves Makes Us Who We Are And Who We Will Be

ITMO student, Mahdi Akhlaqi came to study here from Afghanistan where he’s enrolled in a Master’s program in  Computer System Information Security. He is currently in his final semester and is often occupied with extracurricular and social activities in international student clubs and other organizations in Saint Petersburg. 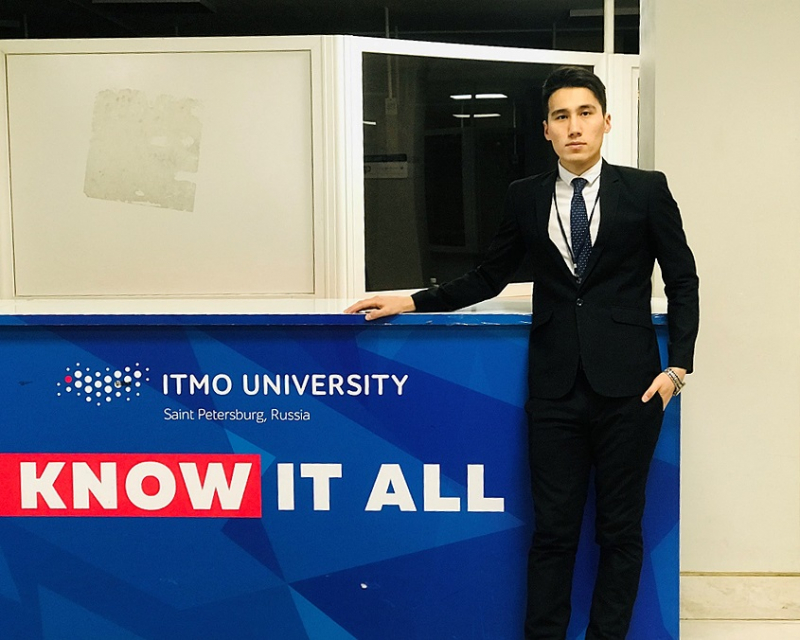 How did you decide to get your Master’s degree in ITMO?

I was an Open Doors winner, which is a Russian Olympiad for international students. I had all the top-ranked Russian universities available for me to choose from, so I embarked on a research journey to find the best option for me. In the end, I chose ITMO. It provides high-quality education and research, which has led it to be one of the most popular and high-ranked universities in Russia and the world. Also, some ITMO and other Russian university students helped me come to this conclusion by sharing their insights. Now, I'm eternally grateful that I chose ITMO as my Master’s degree university.

When you knew you were coming to Russia, did you have any concerns about education or culture?

Because Russia was my study destination, at first, I was caring and thinking more about education and things along those lines. That's why my priority was to research the education system and the academic expectations more than anything else.

It may sound funny, but honestly, one thing that I was expecting to be a little bit easier was learning the Russian language. The moment I entered Russia, unexpectedly, most of the people were only speaking Russian. So I was a little bit worried about learning Russian as soon as possible, but when I entered ITMO University, I was relieved that most of the students and professors knew English. From then on, in addition to helping me learn Russian, my Russian-speaking friends and classmates were helping me be able to connect with the local people. Now I'm glad that I've learned Russian, and I can now hold simple conversations with the local people.

Why would you say the Russian language has been such a challenge?

At this point, I can arguably say that the Russian language is not inherently difficult to learn but what makes it a little bit harder for foreigners is understanding a different language structure. Once they get the structure down, it becomes much easier.

Apart from that language experience, some unexpected things also happened to me while in Russia. An important example of that was the behavior of Russians in different situations. For example, after some time living in Russia, I found out that Russians don’t smile at strangers until they trust them, or until they can find a reason to return the smile. But in some other cultures like the one in my country, smiling is considered to be polite and people who smile are perceived more positively. Nevertheless, I believe that Russians are extremely polite, lovely and charming, but they just smile in different social situations compared to other societies.

Are there other main similarities or differences between your home country and your experience in St. Petersburg, Russia?

Now that I've lived in St. Petersburg for quite some time, I would say that there seems to be more differences than similarities between my home country and St. Petersburg. I believe that culture shock is highly likely to happen if you’re traveling from another continent.

An important characteristic of St. Petersburg is that living here you feel immersed in history. Interestingly, this is the exact point of difference and at the same time, the similarity between my country and Russia.

Everyone seems to know the history of every brick of every building. There’re plenty of palaces, museums, and museum-like universities and buildings. Some of my favorite places are the Hermitage Museum, the second-largest art museum in the world, and Peterhof, which is recognized as a UNESCO World Heritage Site. It is absolutely unmissable, especially in the summer, when the park's incredible collection of fountains is in operation. Without a doubt, it was one of the nicest places that I've ever visited in my life. Everything was eye-catching there, from fountains to palaces and gardens.

Like St. Petersburg, my home country is also famous for its history. First and foremost, Bamian World Heritage Site is a well-known historical place with many statues of Buddha carved into the sides of cliffs facing the city. In 2008, Bamian was found to be the home of the world's oldest oil paintings. It was a place where East met West.

Afghanistan's cultural heritage is not just limited to Bamian. There are many other sites and cities, such as Ghazni Province, which was declared the Asian Capital of Islamic culture. Herat and Balkh, as well as other cities in Afghanistan, also carry thousands of years of history.

But above all, moving to St. Petersburg city was a big step in my life, and settling into a new culture was exciting and sometimes shocking and it is a period that built a foundation of my entire future life.

What are you working on right now?

I'm in the final semester of my Master’s degree at ITMO University, so I'm focusing on my thesis project more than any other research projects that I'm working on. As the Master’s thesis, I'm working on developing an information security model against attacks in wireless sensor networks. These kinds of networks are well-known in the Internet of Things, Smart Homes and Smart Cities, which makes it more challenging to protect in terms of information security attacks.

What is the best piece of advice you’ve received?

Find the thing that you enjoy doing, which turns you on and gives you the juice that you need to be satisfied. Start moving towards the destination that you want to reach, with energy and passion. Learn a new skill, which makes you get up early in the morning and stay awake late at night. This way, it doesn’t matter if you’re good at it or not, you’ll keep at it until you’re satisfied. Because, if you only stick to the things that you are good at, you will never learn anything. Therefore, finding your passion, love, and motivation in the thing that you want to do will get you to any destination you want, no matter how far it is or how tough it would be to get there.

What are your plans for after graduation?

I’ve always wondered whether a university degree is the only pathway to having brighter career prospects. There is quite a debate about the topic, for example, some important figures like Jack Ma, Steve Jobs, and Bill Gates, quit university or even didn’t get accepted and they became some of the most successful in their fields. On the contrary, People with an extensive academic background get recognition in advanced academic and scientific research and they bring significant changes to the globe, Nobel laureates make their way through the most prestigious award in their fields, known as the Nobel Prize which is being cherished in academia.

These cases make the line between the two, somewhat blurry. No one knows the right path to success. Should they start pursuing a college degree or maybe they should start their own business and not worry about a degree?

One thing is certain: wherever you are and whatever you do, if you love it, if it is your passion, sooner or later, success will show up. Of course, it won’t be easy, no pain no gain. Without sweat and tears, without putting enough time and effort, and without having time falling asleep when you are on the chair in the office, when you are studying, doing the calculations and doing the research, nothing important will be accomplished.

For me, getting this degree is just a stepping stone to get to my bigger goals and plans for the future, to thrive and work with communities and society in general.

I believe, looking after the person to our left and looking after the person to our right must be the first thing we think about in order to make things better. Because it’s one of the ways communities and teams advance. When we learn the skill of helping each other, we have the opportunity to feel that we are doing something positive and have a purpose. That’s why I’m always trying to make things better in my community and offer them the best of me.

This degree will also help me move forward to gain those skills required to fill the educational, leadership and technical gaps and bring in the necessary expertise in my society. These are some of the most important aspirations and ambitions that I have in my life and I feel proud that I’m having them and trying my best to satisfy them.