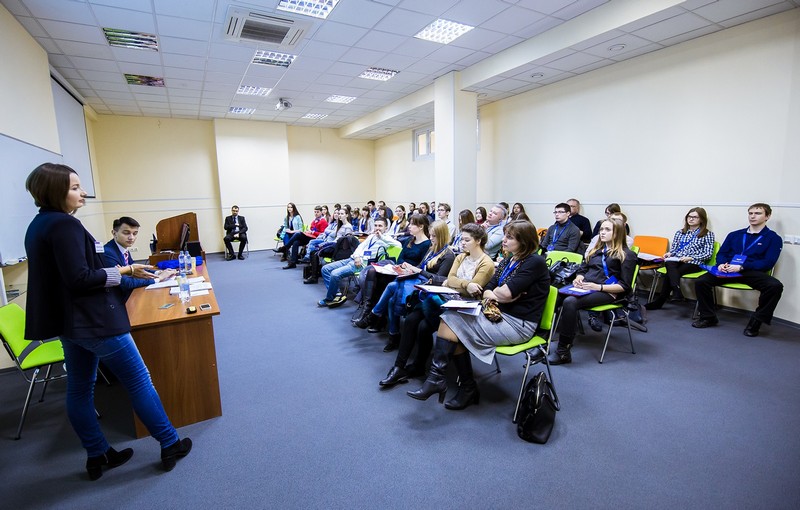 It was the third time when organizers initiated “Technology Brokers School.” The first session fused together 125 participants last year. The Spring Session 2015 differed from the first one; first of all the amount of participants and the program was shortened. Thus the last session included 50 researchers and entrepreneurs who followed a three day intensive training instead of one and a half month-program. According to Nikolay Bovtunov, senior analyst of Project Activities and Fundraising Office of ITMO University, the new program makes networking and training more effective.

“It provides a special atmosphere, appropriate for fresh ideas and new contacts that can be very useful in several years. Three days are not always enough to share all interesting cases by lots of speakers. However we are going to run the School every year upgrading each session. Comparing with previous schools this one included more hands-on practices and meetings with competent experts,” said Mr. Bovtunov.

The school aims to teach how to make relationships between science and industry. Participants were also explained how to market inventions. Ekaterina Smirnova, head of practical course on intellectual property at “Kachkin and Partners” law office, gave an opening lecture where mentioned that tech brokerage is necessary for Russian market.

“Usually inventors don`t know how to commercialize things that they have created. They need a specialist who will serve as a mediator between them and customers. I suppose that we should use extensive experience of European technology brokerage, which is considered as a popular and large field,” said Ms. Smirnova. To become a well-qualified broker one should have some lawyer`s, economist`s, businessman`s and developer`s skills. Currently there are not many specialists on brokerage but I hope we will succeed in making this profession more popular in Russia.”

Along with some his colleagues Nikolay Belashenkov, head of Department of Research and Development of ITMO University, commented on intellectual property objects, their life cycles` periods and ways how researchers contribute to their development.

“ITMO University supports innovative activities of young researchers. They compensate the lack of knowledge through the great desire for making something new. We are ready to train them in basics of intellectual property,” said Mr.  Belashenkov.

Organizers also included lectures and workshops on commercialization principles, industrial corporations` road maps and many other issues connected with tech brokerage. At the third day of the School participants took part into communication role play called “A technological broker and 2.0 University.” The main partners of the Fall Session were ITMO University, European University at Saint Petersburg and Russian Venture Company.

Apart from St. Petersburg training the School also took place in Moscow on November 20-22. Organized with the assistance of ITMO University, Russian Venture Company, and “Skolkovo” Open University the School brought together lots of experts who shared their experience with young researchers of Russian Academy of Sciences.