Rainy gray November getting you down? Laugh it off! Here are our top picks for funny, intelligent, and mood-boosting comedy specials that will cheer you up even on the gloomiest day. 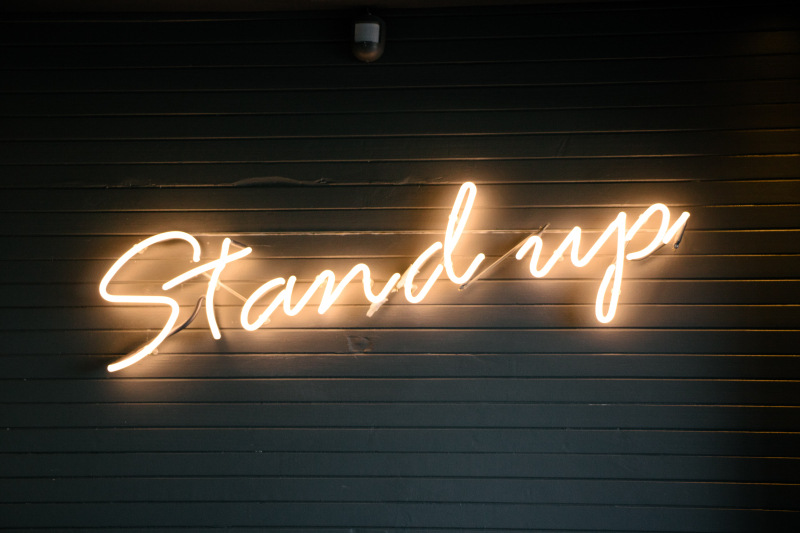 what. by Bo Burnham

Starting out as a YouTube star, Bo Burnham ventured out and conquered the stage with his rare yet hilarious and one-of-a-kind stand-up specials. He puts jokes, music, and cinematography together in a mix that brings stage comedy to a completely new level: turns out, it doesn't have to confine itself to a man holding a microphone. One of Bo’s more light-hearted specials, what., is a performance a bit above an hour long stuffed with catchy tunes, poetry, self-deprecating humor, and skits on consumerism. So if you would like to hear a song from the mouth of God or experience the funniest second-hand embarrassment from prolonged eye contact, this piece is definitely worth checking.

You may have had the luck to know Dylan Moran as Bernard Black, the grumpy bookshop owner from the British sitcom Black Books. And if you haven’t, his observational comedy will make for a great start, too. The 2004 comedy special Monster is an ultimate expression of his dry humor, wit, and quite a boomer approach to life. Just like his TV character, Moran is annoyed by modern pop culture, questions technology, and roasts teenage fashion. The most surprising thing is that you can't help laughing even if you disagree with him on some points! The show, of course, is about way more than sarcastic complaints: it’s a diverse and clever performance that embraces various topics from the horror of Irish hair to the perks of being prejudiced.

A blend between a TED talk, an art history lecture, and a deconstruction of comedy – we’re talking about the special Nanette by the Australian comedian Hannah Gadsby. While it comes with a pinch of humor, her show is rather more a social commentary that is powerful enough to change the way we think about comedy. Refusing ironic detachment and offering jokes with touching reflections on life instead, Hannah shares her raw emotions with the audience when tackling important and urgent issues.

If you’re in the mood to both be entertained and partake in some self-reflection, Jigsaw by the Scottish comedian Daniel Sloss would be a perfect pick for the evening. The love-themed special contains a bunch of dad jokes and dark humor, but the key feature of the performance is its psychological take on relationship patterns. Comparing life to a jigsaw puzzle with love as the centerpiece, Sloss criticizes society for promoting unrealistic romance rather than healthy solitude and encourages his audience to reassess their relationships. Remember laughing out loud five minutes ago? Look at you now, viewing your life from a completely different angle!

Discover more ideas for an exciting movie night with our movie Fridays series!