Often referred to as the Cultural Capital of Russia, St. Petersburg is all about galleries, exhibitions, art spaces, museums, concerts, creative meetings, poetry readings and street art. But its main attraction is theater, “a true temple of art”. Classic or modern, royally chic or hidden in dark cellars, with a rich history or brand new, innovative, social or bold, you can find whatever you like! Stop, you don’t like theater at all? You just haven’t found the right one for you yet!
You're just starting to learn Russian? You don't have to understand everything to enjoy the atmosphere and the experience. Here we have several modern and unpretentious theaters you can start your search with… 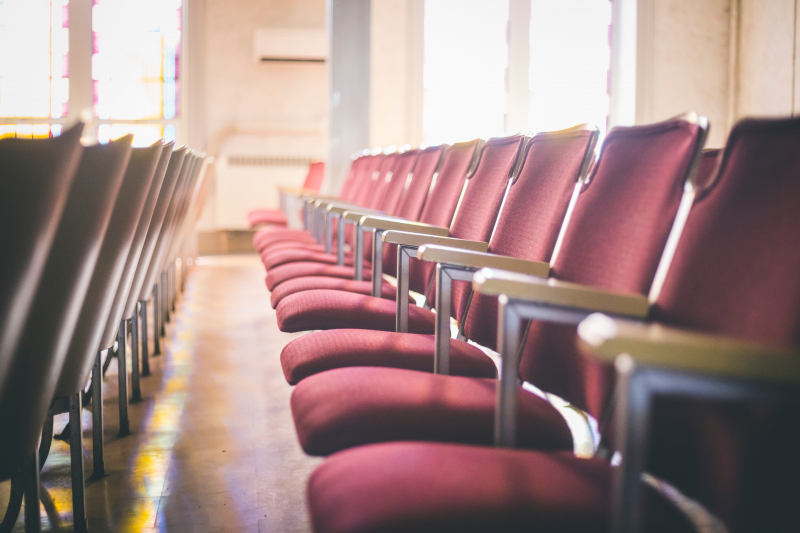 «Theater of Rains» (Театр Дождей)
One of the most atmospheric and cozy St. Petersburg theaters is not without reason named in honor of the most frequent, and most St. Petersburg-ish, atmospheric phenomenon. And the theater symbol, the white crow, speaks for itself. The theater shows about 20 performances in three venues: on its chamber stage (Fontanka Embankment, 130) and on the Big and Small stages of the Youth Theater on Fontanka. From September to May you can enjoy great plays from world drama classics to more modern numbers like Richard Nash's “Продавец дождя” (Rain seller), and plays by Gregory Gorin such as «Дом, который построил Свифт» (The house that Swift built), «Поминальная молитва» (Memorial pray) and «…Забыть Герострата!» (... Forget Herostratus!); all of the performances are in Russian, but the last two still are a must-see.

Mansion Theater (Театр “Особняк”)
Despite its rather aristocratic name, this theater is open to everyone, but it will particularly appeal to an audacious, unconventional audience. This small theater, located on Kamennoostrovsky Pr., 55 is famous for its readiness to take on the most unexpected experiments and is considered one of the theatrical riddles of the city. After 20 years of existence, it continues to be an experimental creative laboratory. Daring, different and original are the kind of epithets that correspond to this non-standard theater. It puts on plays on the paintings of Bosch and Brueghel, and even the names of performances sound unusual here: “Священная книга оборотня” (The Holy Book of the Werewolf), "Девочки. Про это и про то...” (Girls. About this and about that ... ). Kid's plays also come with unusual interpretations: think Pushkin's "Сказка о рыбаке и рыбке” (The Tale of the Fisherman and the Fish) with a Grimm brothers-esque twist.

Theater Masterskaya
In just a few years, this theater has made its way from an unknown yet ambitious little theater to one of the most famous modern theater venues in the city, recognized by the audience, critics and press. Masterskaya amazes audiences with the strength and emotional depth of its plays. Whether it is a nostalgic story in the spirit of the Soviet times or the rethinking of the classics (from Shakespeare to Dostoevsky), its non-trivial nature is so captivating that it is almost impossible to remain indifferent. The theater is far from the center but you will be provided with a cozy atmosphere. The performances of Masterskaya are so good that they are even worth learning Russian for!

Generation theater (театр Поколений)
This unique project is located in a loft on Petrogradsky island, created in a former production building. The theater tries to meet the latest trends, accepts new life and aesthetic challenges and stages many unusual and inspiring plays. You can find the spirit of this wonderful place even in the multiple interpretations of the image of the rooster, the theater’s symbol, as a guide both in the kingdom of life, light, and in the kingdom of death, which makes this image capable of modeling everything that is the theater: life, death, and birth. There is no usual separation between the stage and the auditorium, it is just sheer art everywhere.

Aurora cinema
If you are still not ready to go face to face with a live performance, and you doubt your knowledge of the Russian language (or your ability to enjoy a dramatic play without understanding a word), go watch recordings of the best dramatic performances out there at the Aurora cinema. The Tragedy of King Lear, Frankenstein, Midsummer Night's Dream and other landmark thespian creations featuring such great actors as Jonny Lee Miller, Benedict Cumberbatch, Ian McKellen, and many others, are shown here in their original language, with subtitles. A win-win for those who have not yet found the courage to embark on a journey through the beautiful and diverse world of the St. Petersburg theater.

These are just a few places for a good (or at least definitely unusual) evening in this cold and windy, but deeply cultural city.
Hope you enjoy!