A Quick Guide to Moscow

Over the years, we’ve written about many Russian capitals, but not the one and only Moscow. Today’s guide will rectify that with many tips and recommendations for your first encounter with this city. 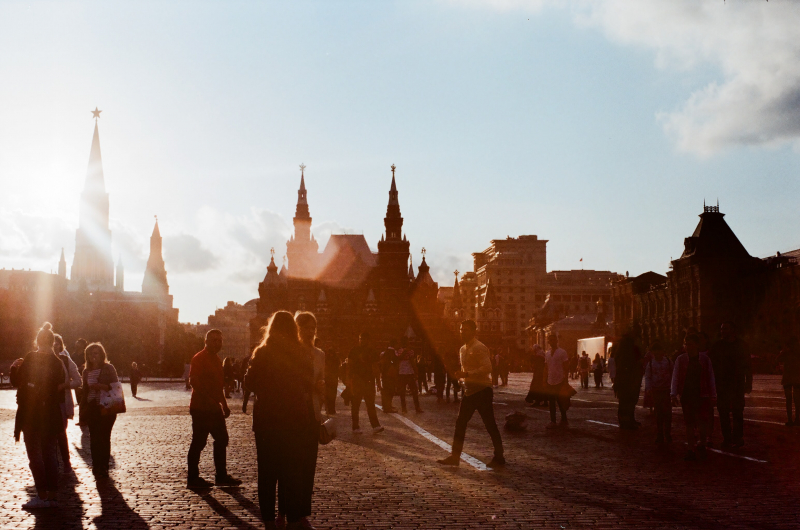 Despite being the business center and capital of Russia, Moscow tends to be looked down on by locals of not only St. Petersburg but other Russian regions, too. Apparently, it is too crowded and suits only social climbers; it is the city with its nose high up in the air. However, it also is undoubtedly the country’s beating heart and the home to a multitude of historical and cultural landmarks. Step into it and you just might be swept off your feet.

Even though it was founded in 1147, centuries before our beloved St. Petersburg, its first original whitestone Kremlin built a couple centuries later, you most likely won’t feel Moscow’s respectable age while walking down its streets. The capital does seem to be in perpetual motion, a gulp of which you might welcome after the more joie de vivre vibe of its northern counterpart. However, there is also a dreamy side to Moscow, the somewhat retrofuturistic one, holding the promise of a bright technological future that is yet to happen. Another piece of the puzzle is the concentration of knowledge the city holds, with some of the country’s best universities located nearly on every corner – you can’t help but admire the Moscow State University building when you stand at its footsteps and imagine the generations of bright minds who have stood there, too. Finally, Moscow isn’t just a city of highways: beautiful cityscapes and natural vistas await you at its luscious parks.

Conveniently, you can get to Moscow from St. Petersburg on a train that starts from the Moscow Railway Station. You can choose an overnight train (a cheaper and less fashionable option) or the 4-hour high-speed Sapsan that’ll get you to the capital in the blink of an eye. And if you don’t like to waste any time, take the 1-hour plane. Here is a link to our more detailed overview of ways you can travel to Moscow.

How to get around

The first thing you should know about Moscow is that it is gigantic. And it has a lot of busy people in constant movement to and from their jobs. That is why the transport system there is something else, starting from the elaborate metro network and an abundance of buses and all the way to the new Moscow Central Circle railway. Hence, apart from your preferred maps app, we recommend downloading Yandex.Metro (iOS, Android) for navigating in the metro and Yandex.Maps (iOS, Android) or 2GIS (iOS, Android) for always knowing which bus to catch on the ground.

The feel of Moscow in a day:

If you have more than a day, here are some more destinations to consider:

And a few personal recommendations: I feel that the essence of Moscow can be found in long walks, be that in the city center or closer to the outskirts, so I would encourage you to enjoy as many of those as you can. Alternatively, you can take a window seat on a downtown bus (for instance, the central parts of routes e10 or m90) and enjoy the views on your trip, however long you wish to make it. Another idea is to ride the metro, especially in the city center, and to admire the beautiful stations that truly speak to the grandeur of the city.

If you are looking to explore other destinations in Russia, here is a collection of our travel guides.