There’s probably not a single Russian family that wasn’t touched by the Second World War, or the Great Patriotic War as it is called here.  The years 1941 – 1945 are engraved in all of us, even generations removed from the actual war, as the years of sacrifice, suffering, and faith in victory. It’s what we think about in times of hardship even now – the songs that we sang as kids at school about how it’s only victory we need and how we’ll achieve it at any cost. And the cost was great. 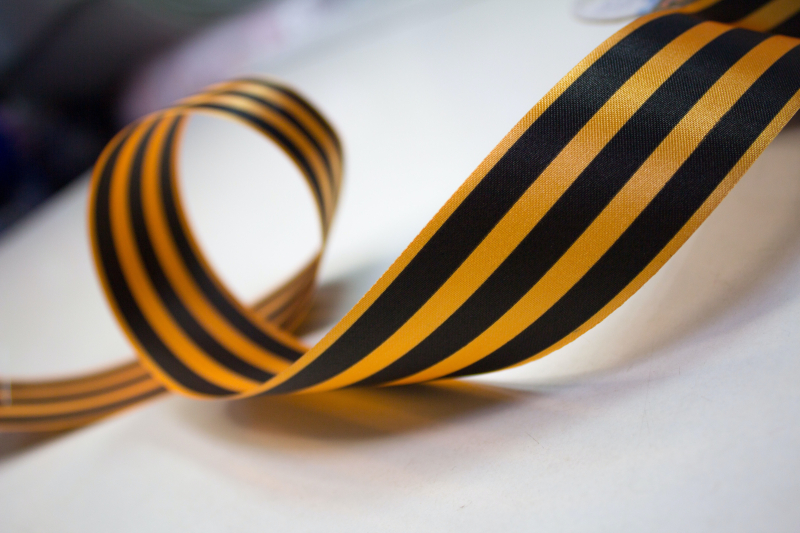 When I think about the war, I think about my grandmother who lost her family at Stalingrad and hid in a dirt dugout before her father rescued her months later. Even with all the horrors she witnessed as a child, at 86 today she is the most resilient, optimistic and loving person I know.

When I think about the war, I think about my mother’s aunt, who stayed in Leningrad during the siege, and not only survived, but also managed to have and raise a baby.

War is personal to just about everyone I know.

I may have mixed feelings about Georgian ribbons – originally used in mid 2000s as a way to remember those who died – pinned to everything from chests to cars. But I know it comes from the place of sacrifice being sacred.

If I could, I would participate in the “Immortal Regiment” march where ordinary people bring the portraits of their loved ones who participated in the war. I think that people are alive as long as they’re remembered, and their sacrifice is not forgotten. All of us in St. Petersburg know that we are here today because millions of people in Russia, and in allied countries, didn’t give up.

And I’ll watch the parade on Red Square in Moscow at 10 am.