It's a common thing to ask someone to teach you a swear word in their native language: you think it’s funny and cool and wins you points. For some, knowing how to swear even helps build their confidence with a language. Then again, swear words and slang hold a special place in every culture, and are very easy to misuse. For this reason, we’ve decided to touch upon this topic, and start with Russia’s most notorious way of speaking: the infamous “mat”. 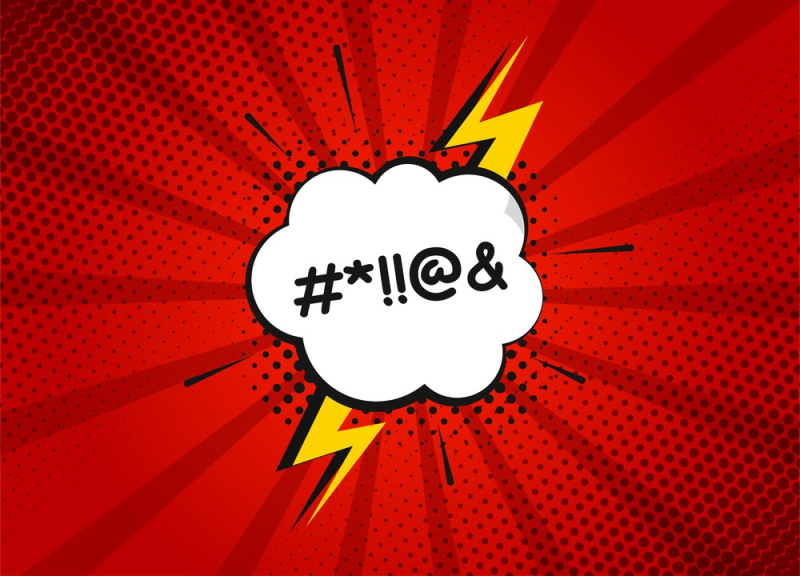 Let me get this straight: I won’t be teaching you any mat words and expressions here. Why? Well, it’s not just because St. Petersburg is the cultural capital of Russia or it's something you can't really publish on a university's news site. I wouldn’t teach you mat even if we were close friends sitting in my kitchen, as there are much more serious reasons for you NOT to learn it. So, before you close this tab and start googling for mat’s basics, let’s at least take a look at what it’s all about.

Basically, mat is a specific kind of Russian obscene language which involves the use of several root words. While there are various theories on its origins and history (some of the first examples can be traced to the 13th century), most agree that there are four basic components which are used to form an almost infinite number of words and expressions.

Being very intuitive, mat allows one to communicate very complex ideas in very few words. This can be really helpful in lots of situations, especially when you have to make decisions and communicate them very quickly. For this reason, mat is often used by people whose work is associated with lots of stress and physical labor.

Communicating with mat can be called a form of verbal art, and a really proficient person can use it to speak about just anything, from their mood at the current moment to complex philosophical phenomena - and make perfect sense.

This all sounds really cool, so it’s quite natural for you to wonder why you should NOT learn mat. Well, there are several reasons for it. First of all, you have to understand that in terms of being obscene, the English f-word would seem polite in comparison. What’s more, many Russians are brought up in such a way that they consider the use of mat in their presence a grave offense, so you can accidentally make a really bad impression without even noticing it.

Another reason is that mat is very contextual. The same words spoken with different intonations can have completely different meanings. What’s more, the same words spoken with the same intonation in the presence of different people can get completely different reactions! In a way, you can compare using mat without a perfect knowledge of the Russian language and culture to trying to perform a complex motorcycle trick without the associated training - becoming a laughing stock would be the least of your worries.

You might think that the knowledge of mat underscores your “almost native” status but it doesn’t. You see, while almost all Russians know about mat and many boast their ability to use it, only few are really good at it. Mat has no formal rules, so the only way to really learn it is from those who use it well - and that calls for an environment that you (hopefully) won’t find at a university campus. For this kind of fun, you’ll need to forget about getting a degree and spend a dozen years as a docker at some Russian port - and there’s still a possibility that all your efforts will be in vain.

So you see, there are enough reasons for not learning to use mat. Still, that doesn’t mean that you can’t use Russian swear words at all - and next time, we’ll take a look at those of them that are perfectly safe to use and can really help you blend in!