Meet our musical favorites from this scorching-hot month of June! 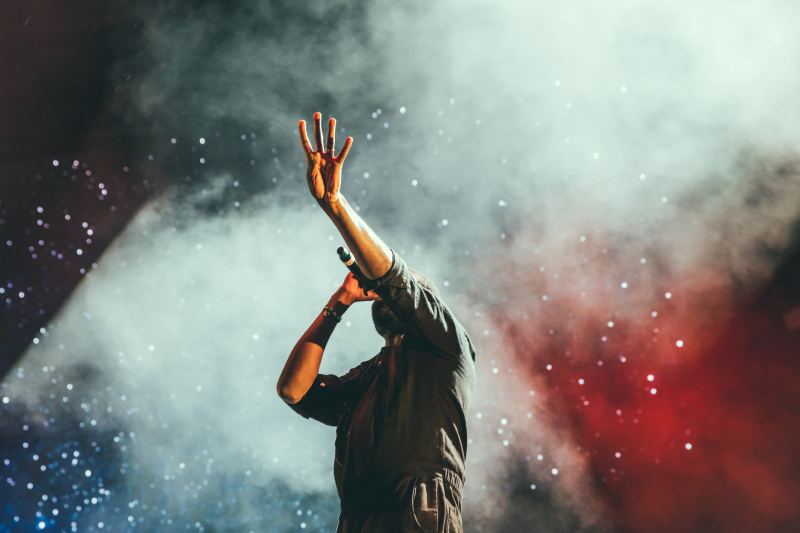 Ponyo on the Cliff by the Sea. Credit: Studio Ghibli

This June, I’ve been annoying everyone with anime soundtracks. My two favorites are Gake no Ue no Ponyo by Fujioka Fujimaki from Ponyo on the Cliff by the Sea, especially performed live together with Nozomi Ohashi, and Take Me Home, Country Roads by Yoko Honna from Whisper of the Heart. The first one is so pure and wholesome – it’s like the most fun moments of your childhood were put into music. Take Me Home, Country Roads, the Japanese version of the famous American song, is a bit more melancholic but also beautiful.

I dared myself to listen to something I deemed impossible to enjoy before. Upon a friend’s recommendation, I entered into the world of Kanye West’s My Beautiful Dark Twisted Fantasy –  well, yes, ten years after its release. And while I wouldn’t say I found my new favorite piece of music, it was still a revelation, the greatest musical event in this otherwise exam-filled month of June. I was left breathless by both parts of All of the Lights, Runaway and an earlier discovery, Lost in The World. While my younger self would’ve definitely not taken this development lightly, I am hoping to embrace this change – and music, in all its different forms.

This month, I’ve been rediscovering La Roux, having learned from a friend (in my usual slowpoke fashion) that the singer released a new album… in February. Supervision, the title in question, turned out to be fantastic – rhythmic and more-ish, on the one part, and very incisive, on the other. It also got me to relisten to her other records, which was great and at times quite a trip down the memory lane, too (Bulletproof? In For The Kill? Those were the days).

This month, my favorite evening activity was walking to the river and watching the sunset. And my permanent partners in it were two songs: the old one Забери (Take it away) by 5’Nizza and the new one In the end by Kodaline. Both songs make you feel warm, a little bit melancholic and somehow balanced. These times we need (emotional) balance as we never needed before.

It’s a really unbearably hot summer here in St. Petersburg, and therefore also the White Nights – the time of sleepless nights and round-the-clock blue sky. So on the day of the summer solstice, I just had to listen to Longest Day by Soulsavers – this sad, and yet powerful and emotional song by the great British band is now more wonderfully accurate than ever because its lyrical hero wants to run – and we all want the same, dreaming of new travels and freedom of movement.