In 2021, the Russian Government will allocate three billion rubles to construct ITMO’s world-class research, education, and innovation center in the satellite city Yuzhny, Pushkinsky District. Russian Prime Minister Mikhail Mishustin signed the associated order on December 23. Another two billion rubles will be granted by the Government of St. Petersburg until the end of the year. The next round of financing is scheduled for 2022-2024. 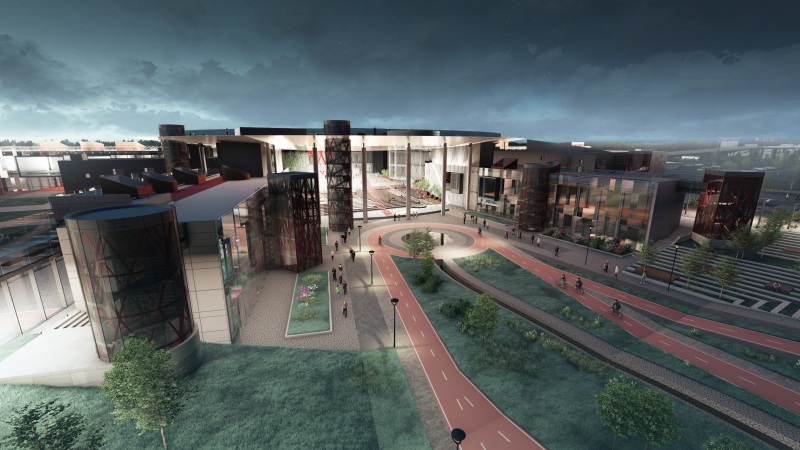 The government money will be used to build the university’s second campus: classrooms, dorms, the student club building, and public infrastructure. These facilities will be intended for Master’s and PhD students in applied research and technologies, as well as everything that has to do with the commercialization of their achievements. The main building of the second campus, as well as a portion of the university’s dorms, will be completed by mid-2024. The funding granted by the city’s government will primarily go towards the development of the infrastructure.

“We especially appreciated the support received from the Russian Government since it is the state that often serves as the main catalyst for new scientific and technological breakthroughs. The research activities that will take place at ITMO Highpark will undoubtedly contribute to the global advances that will be primarily introduced in Russia. Together, we will be able to build a new avenue for the country’s development with regard to the needs of the state, science, education, and business.”

“The construction of ITMO Highpark gained momentum in 2021. The designs for the first buildings were finalized and approved by the state. Now, we’re working on the engineering infrastructure and plan to proceed with the construction of the university’s second campus, dorms, and other facilities.”

ITMO’s new campus will provide a comfortable environment for studies, research, and living. The entire area of the new building will be constructed in accordance with the Green Zoom standards using energy-saving technologies. The main educational building of ITMO Highpark with a total area of 30,000 square meters will encompass nine blocks under a common roof with sports facilities on top, as well as a running track that will outline the whole ensemble.

Apart from the facilities for work and study, the main campus will also include coworking spaces for individual and team work, a lab for express prototyping of devices, a digital library, a food court, book and souvenir shops, as well as a parking lot for car and scooter sharing. Another notable feature of the campus will be a transformable atrium that can be used as a congress hall for 2,000 people.

Student dorms will mostly consist of one- or two-bedroom apartments for up to three residents. Each apartment will have a separate kitchen and bathroom. There will be apartments specially designed and equipped for people with limited mobility, too. The student club will serve as a media complex, perfect for TED-style events for up to 500 people, recording podcasts, or shooting project teasers. The first housing in Yuzhny will appear hand in hand with the university’s campus. The city will make a lovely place for life, leisure, and work.