Dare to Be: ITMO Launches Digital Project on Women in IT and Science

IT, science, business – is it all a man’s world? ITMO University has asked women to answer that question and share their experience of overcoming fears and stereotypes on their way to their goals. The first four stories are featured in a short clip, but anyone can join the initiative: all you need to do is share the story of your first steps into IT, startups, or research on social media using the hashtag #девочкасмелее (Russian: “Girls, dare to…” – Ed.). 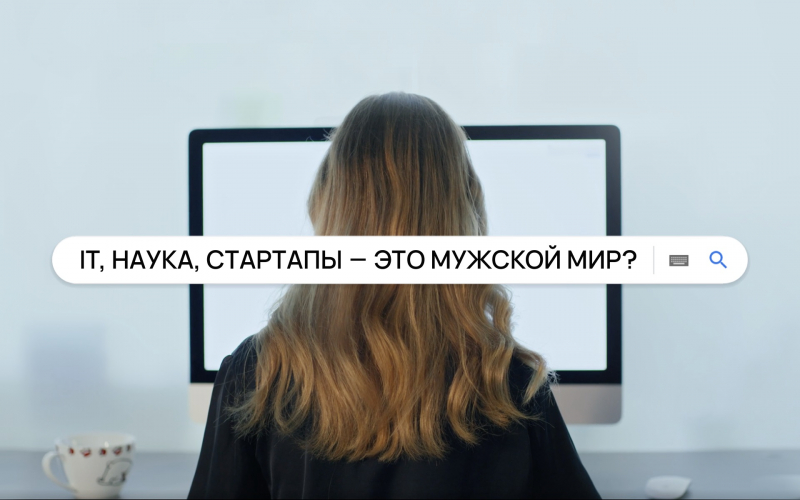 The entrenched stereotypes of IT, science, and business being men-only fields are time and time again being disproved by talented and strong women. But they, too, had once hesitated and weighed the pros and cons, wary of dismissive attitudes or difficulties adapting. The project’s goal is to show young women that these initial doubts are no reason to stop. Chemistry professor Ekaterina Skorb, entrepreneur Natasha Floksy, cultural studies PhD and head of ITMO’s DH Center Antonina Puchkovskaia, and programmer Kseniya Buraya took the lead, sharing stories about starting a career in science, venturing into IT, and launching one’s first startup.

“Sometimes, society puts labels on entire professions, causing doubt in young women and making them less confident in themselves. It’s important to remain aware that it’s just an illusion, continue to believe in your abilities, and grow as a professional in every field you feel interest and passion for. Instead of limiting yourself, you have to make one important decision – and never feel afraid of expressing yourself,” comments Daria Kozlova, ITMO University’s First Vice Rector.