You can’t help but notice that your mood and productivity depend on lighting. Many researchers study this phenomenon and ITMO scientists are no exception. Researchers from the Cognitive Non-Verbality Laboratory of ITMO University’s National Center for Cognitive Research decided to study this phenomenon and conducted a two-month-long experiment in the framework of which volunteers had to work in a specially equipped coworking space with different lighting modes. Discover the research results in this ITMO.NEWS article. 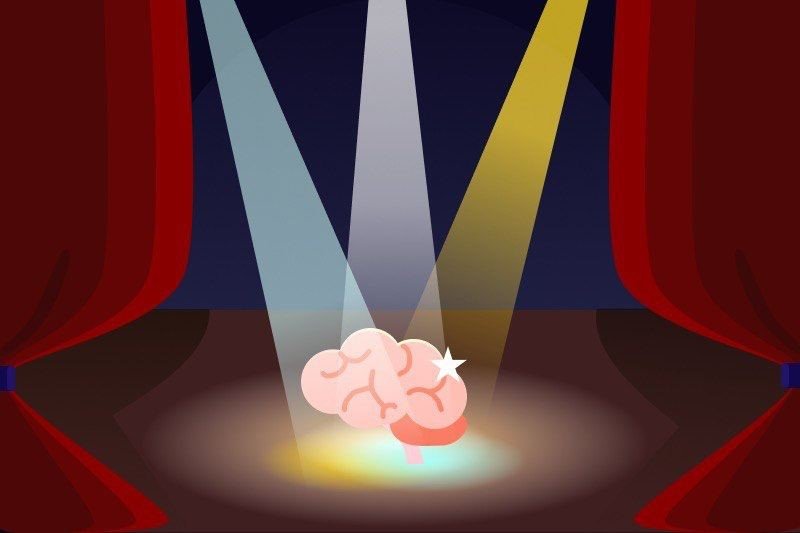 The importance of smart lighting

It’s been widely known that lighting influences the psychological and emotional state of humans for a long time. We know for sure that the lack of lighting in a workplace, shimmering lights, and too cold or too warm lighting can make us feel unwell. Workers suffer from bad lightning as it causes migraines and insomnia. Our bodies react to light differently in the morning and the evening: if you spend too much time on your computer or smartphone during nighttime, you might end up with anxiety, as well as bad coordination and reaction speed.

Based on the advances in this field, special smart lighting systems that help control the volume and temperature of light in the room have been invented. Such dynamic and flexible programs change the lighting from cold and bright in the morning to warm and soft in the evening. Smart lighting is often implemented in smart homes. However, ITMO students Anastasia Laushkina and Svetlana Roslyakova went further: they work on an adaptive lighting system that can adapt to the working cycle of several people in one room based on their psychological and emotional state and the way they type.

Preliminary research of the impact the light temperature and lighting level have on the psychological and emotional state took place from March 9 to April 2, 2021 at the Cognitive Non-Verbality Laboratory, which is a part of ITMO’s National Center for Cognitive Research’  and is headed by Oleg Basov and supported by CLD ITMO University. Volunteers had to spend a day in a coworking space equipped with individual light sources from the PromLED company, customizable blinds, an audio system, cameras, microphones, and sensors that measured carbon dioxide, temperature, and lighting. Each week, the researchers changed the lighting modes in the room: there were warm (2,700 K), cold (6,100 K), neutral (4,000 K), and dynamic (the one that switches between cold and warm lighting) modes. Four days a week the sensors and devices also collected data on how the users’ state changes under short-term stress factors, such as noise, time-consuming tasks, and puzzles.

The psychological and emotional state of volunteers was assessed using surveys that took up about 10-15 minutes once every several hours, as well as the analysis of the way they typed on their computers. The researchers noted when a volunteer started and finished typing, the number of mistakes they made, and how long they kept a button pressed. From this data, a special k coefficient for productivity was calculated. If it was above 10, then the person was considered highly productive.

“During the experiment, I was surprised to learn that light temperature really does have an impact on my productivity. Under warm light, I wanted to relax and take a break. Under cold light – the other way around; it was easier to concentrate and solve tasks. But staying in a room with cold lighting for a long time affects you as well: after a while, it becomes harder to work, even though you still feel energetic. It’s even more peculiar in the case of warm light: it makes you feel that the room temperature increases. You start to feel like you might even get tanned (but you can’t, unfortunately). You can’t help but feel a little like a rotisserie chicken,” says one of the volunteers.

The researchers were able to prove the hypothesis that light temperature affects the way people feel during the day. Under neutral light (4,000 K, 300 lk), participants of the experiment were normally cheerful, ready to work, and less prone to mistakes. They demonstrated the best results in these conditions before noon.

The results weren’t so consistent with cold lighting. Before noon, the participants were highly efficient – they could type more characters with a small share of misprints. However, in the evening their performance indicators went down. Apparently, working under cold light makes you efficient but requires more resources and energy.

Warm lighting was demonstrated to be the worst one for work. The participants were prone to develop a bad mood and be less active, they made more mistakes and were less productive. Moreover, having spent some time in warm lighting conditions, some participants became more irritable, got tired quickly, and reported headaches and sleeping problems.

Dynamic lighting – switching between warm and cold lighting of various brightness – yielded the most interesting results. The participants were cheerful and energized, and spent the whole day working efficiently with a small share of mistakes. At the same time, maximum activity was reached after lunch, even though normally productivity winds down at this time.

The data collected during this pilot study will be used to train a neural network that will serve as the basis of the adaptive lighting system. It is planned that each user will have their own personal lighting source controlled by the neural network that will adjust light temperature and brightness to fit best to the user’s emotional state, fatigue, and tasks – be that paperwork or brainstorming. The system accounts for circadian rhythms and a user’s activity at different times. According to the researchers, this approach will help increase users’ productivity and lift up their mood during the whole day.

“The lighting control system is our platform for further experiments. Anastasia’s project was the first study that marks the start of this new field of research. We will keep experimenting to improve the system and define the connections between lighting and a person’s emotional state,” comments Svetlana Roslyakova.

“This year we will focus on wireless lighting control to make it more user-friendly. Also, in order to ensure energy efficiency, we aim to take into account the contribution and parameters of natural lighting in the room,” shared Anastasia Laushkina.

The researchers are certain that the adaptive lighting system will find its application not only in offices or coworking spaces, but also in lecture halls, as well as public, living, and even urban spaces. Given its simplicity, the system has all chances to enter the market and make our lives safer and more comfortable.

This article was written by ITMO.NEWS in collaboration with Natalia Vinokurova, a staff member at ITMO’s National Center for Cognitive Research. The team of Adaptive Lighting is open for collaboration and challenging tasks. Contact Svetlana Roslyakova to take part in the team’s research projects.