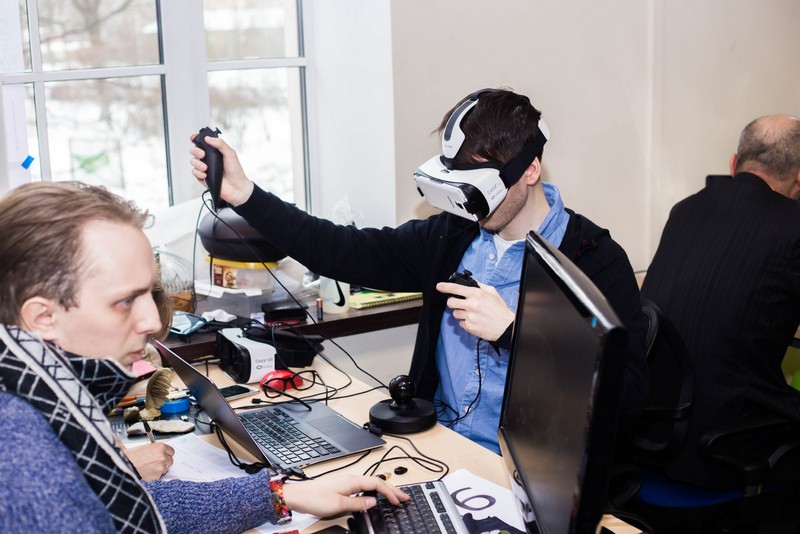 A hackathon is a new scope of IT contest, which focuses on applied tasks. Participants have to divide unto small groups and develop a project in a brief space of time. However sometimes IT gurus organize teams before the contest and take part in a hackathon together. Usually young experts develop software programs but some hackathons are devoted to a wide range of issues. For example, Science Hack Day, which took place in St. Petersburg last October, fused together many experts who dealt with smart gadgets, processing the results of MRIs and technologies for genetically modified plants.

To develop their projects participants were given educational resources and testing gadgets. According to the rules, they could have used all kinds of SDK and programming languages. Among the finalists there are 11 teams that have managed to develop various projects having spent only 30 hours. Thanks to a “death simulator” made by ROFL Team one could analyze the meaning of life; Flying People presented a device, which helped to see what a moving fly saw;  PDLV Gamers inspired by The Witness and Antichamber developed a puzzle-platform video game; Is hard and 22 teams presented fighting video games.

The participants also made virtual reality acceptable for typical users who were not good at programming: Wisp team developed a aprocessing device for QR code reading.

“Having analyzed the mixed reality market we came to the point that many people knew nothing about augmented and virtual realities. To develop them one should master Vuforia and Unity. We want to change it by simplifying the technology,” said Alexey Kulibin,Wisphead.

A team called aeMind IDEntity was organized long before the contest. Its` members are experienced experts who has developed many AR and VR projects. At the last hackathon they created a 3D version of Tetris Game.

“This reality is affected by parameters of EEG. Having analyzed them we determined relaxed, concentrated and other states and then developed an automatic emotional classifier. So depending on human`s mood the weather changes. For example, if one feels good butterflies appear; and on the contrary if one is sad it rains,” noted Dmitry Akhmediev.

All finalists of AR&VR Hackathon SPB 2016 were awarded with prizes. However the judges highlighted those project that were ready for mass production.