A student from Mexico: I Got Even More than I Expected

Yaroslav de la Peña Smirnov always dreamt of engineering career. Before becoming a student at the Department of Wireless Telecommunications at ITMO University, he graduated from high school in Mexico, learned three languages and made a serious decision to move to Russia. In the interview he talked about special conditions offered for applicants whose parents are of Russian origin 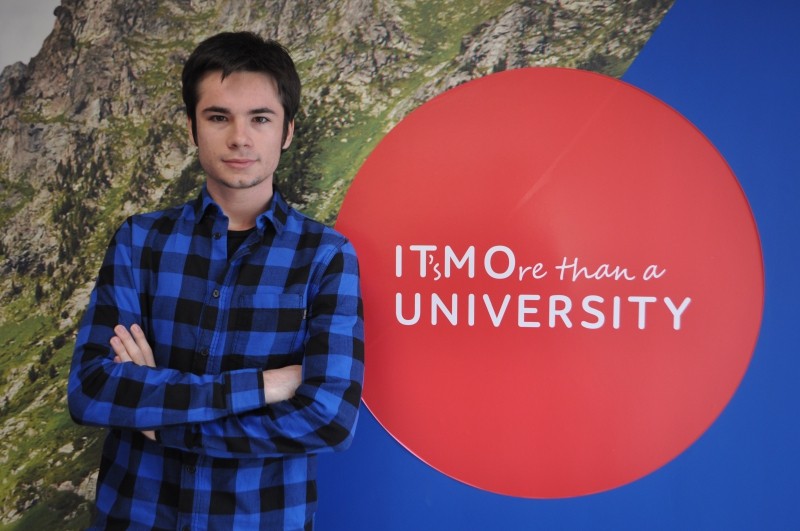 Yaroslav visited Russia, the native country of his mother, for the first time during a European tour together with his family. «I only managed to visit St. Petersburg but this city captivated me completely!» Since childhood he was interested in aviation engineering. He chose one of Moscow’s technical universities, which focuses in this field. The first step toward his aim was a pre-entry course in Moscow. However after following it he changed his mind and moved to the city of his dreams and entered ITMO University.

«I found ITMO’s website by chance and was interested in its engineering programs. When I came here to learn more, the staff at the International Students Office talked to me about opportunities for those who have Russian background.»

The state support program «Sootechestvenniki» (Compatriots) helps young people whose parents and relatives were born in ex-Soviet countries but then moved abroad, keep in touch with Russia. They are offered a chance to enroll in Russian universities, take part in educational programs, conferences, forums and outreach events with the same opportunities as Russian citizens. Through participation in them, young people get acquainted with Russian literature, music, theatre and the culture as a whole. According to Yaroslav, all he needed to enter the program was evidence of ethnicity — a document proving that his mother was born in the Soviet Union. As for him being a Mexican citizen, it didn’t matter — the program provides tuition-free education regardless of whether one is a resident of the Russian Federation or not.

Yaroslav considers his major as sought after because wireless technologies are used almost everywhere, one applies it to different types of gadgets such as smartphones and Wi-Fi routers as well as to aviation, which is one of his professional interests.

«After getting my Bachelor’s degree I plan to get a Master’s one too. It might be mechatronics or any other engineering program. It will help me to expand new horizons,» noted the student.

Speaking of his future Yaroslav also shared that he wanted to try to study in Europe, mostly in Germany. «I speak Spanish, Russian and English fluently. Despite the fact I never focused on humanities I started to study one more language, German. Spending a term or more in Germany would be a wonderful opportunity to develop this skill.»

Currently he doesn’t spend too much time on hobbies or extra curricula activities. Yaroslav believes that the main thing a freshman has to do is to learn how to study at university. That is why newcomers have to focus on only studying especially during the first term. Nevertheless, he is eager to start getting involved in university life.

Yaroslav lives in ITMO’s dorm. He shares a room with one of his peers. According to him, it would be more comfortable to rent an apartment but living in the dorm is the only way to understand what «student life» means. «I feel that I am a part of the community all members of which share the same values and focus on one aim — we are completely involved in studying. Now I consider some of my peers as friends because we always communicate and help each other». Yaroslav noted that he is happy to stay in St. Petersburg and study at ITMO. The city gives him various opportunities for development and ITMO, the most non-classical university in Russia provides various benefits. Here all the students regardless of their majors can join ITMO’s educational programs, startup accelerators, the Fablab and so forth. However, he misses his family and friends as well as his birthplace Cancun, with its' wonderful beaches.

«I hope that my relatives and friends will come here in 2018 to meet with me and visit FIFA World Cup. Mexicans love football!»

Answering the typical question about peculiarities that differ between life in Russia and Mexico, Yaroslav shared an important idea. «Mexicans are more open but I didn’t feel any big «culture shock» when I came here as I, overall, already knew what to expect from life in Russia. I knew that, for example, one should make friends with Russians and then they will become outgoing and welcoming. However, the smallest details were the ones that surprised me. They seem negligible but I always like comparing such small things from life in different places. In Mexico traffic areas are covered with asphalt and concrete is used to cover pedestrian areas. Here asphalt is everywhere. One more thing I realized was that one can buy alcohol in fast food cafes! It kind of proves the famous stereotype about Russians!