St. Petersburg is the city which is most important for Russia’s naval tradition; the Navy Day celebrations here are among the year’s most picturesque events. Traditionally, they take place during the last weekend of July (July 30 in 2017) - be sure to plan your time accordingly so as to not miss the parade! 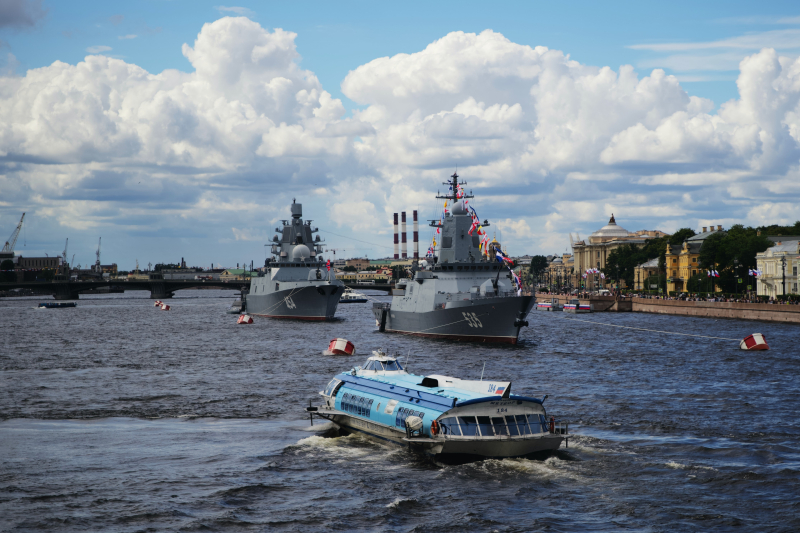 This year, the celebrations will be held in both St. Petersburg and Kronstadt (the city’s district on the Kotlin Island, traditionally deemed a separate town). The main event - the ship parade - will start at 10 am at the Blagoveshchensky (Annunciation) Bridge in St. Petersburg; it will also be livestreamed at the Palace Square prior to a music show that will start on 12 pm and last until 8 pm. Around the same time, there will also be concerts at the Peter and Paul fortress and the Alexandrovskiy Garden.

From 2 pm till 8 pm, St. Petersburg’s citizens and guests will have the unique opportunity to visit the actual warships that took part in the parade - ships open for visit will be moored by the English embankment; also, July 30th will be the Open Day at the Central Naval Museum, Russia’s oldest museum dedicated to naval traditions and the history of navy. At 10:30 pm, the celebrations will come to a close with a customary fireworks show near the Peter and Paul fortress. If, by any chance, you won’t get the opportunity to see the parade on Sunday, you can attend the parade’s trial run on July 28th. Note that during the parade and its trial run, the bridges across Neva will be drawn and not accessible to pedestrians and transport.