Movie Fridays: A Matter Of Time

From "Back to the Future" to "About Time", time travel movies are still as extremely popular today as they were back in the 80s. If you’re also a fan of this genre, join us and take a look at some of the greatest cinematic time travel stories! 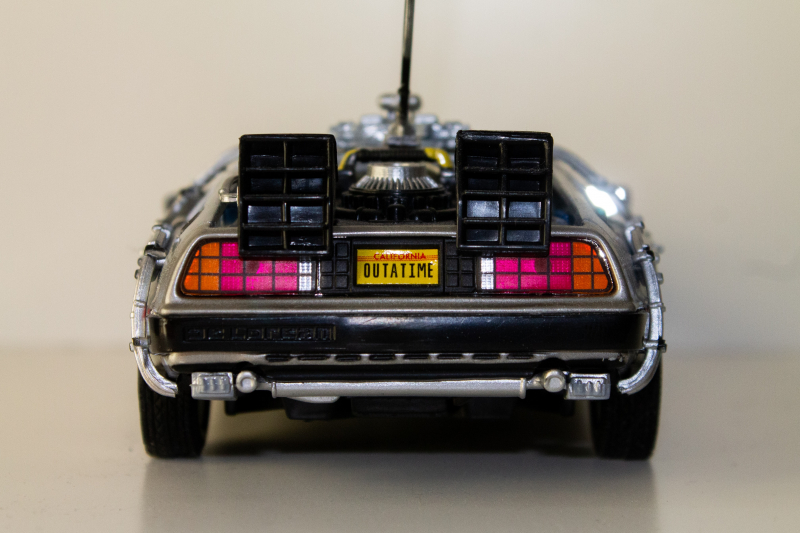 Robert Zemeckis's time-traveling comedy starring Michael J. Fox and Christopher Lloyd is probably the first thing that comes to mind when thinking about time travel movies. The plot revolves around Marty McFly, a 17-year-old high school student from the 80s who accidentally travels back in time to 1955 when his parents were teenagers. The funniest thing is that his then-young mother falls in love with him instead of his shy and clumsy father; to remain alive, Marty has to become his parents' matchmaker. Back to the Future is a breathtaking mix of sci-fi, action, romance and comedy that will immerse you into the atmosphere of '50s America and give you a good laugh: the perfect family movie. An amusing plot, a catchy soundtrack, and lots of clever and humorous references make Back to the Future one of the most enjoyable time-traveling classics.

20-year-old college student Evan Treborn (Ashton Kutcher) suddenly discovers that by reading his journals he can go back in time and prevent the horrible events he lived through as a child. But every time he fixes something in the past, his present changes dramatically, and not always for the best (to say the least). This parallel universe psychological thriller written and directed by Eric Bress and J. Mackye Gruber has garnered extreme reactions from viewers: it will definitely delight those who enjoy a twisted storyline and a nice cast (even Ashton Kutcher is quite tolerable), but at the same time may seem morbid and discomforting because of its many scenes of violence (it’s rated R for a reason). But if you’re not afraid of some creepy moments, The Butterfly Effect is well worth checking out.

What if every moment in life came with a second chance? Tim Lake (Domhnall Gleeson), a 21-year old young man from Cornwall has this chance: he can go back to any point in his past and change things. Sounds familiar, doesn't it? About Time is a Richard Curtis version of The Butterfly Effect, but if you're looking for the same drama and extreme highs and lows, you’ll be disappointed. Instead, this warm and witty romcom will mesmerize you with its sharp, funny dialogues, lovely music, amazing characters, and its inherent Britishness. Unlike many other romantic comedies that revolve around the obstacles a couple encounters before they finally marry and live happily ever after, this movie focuses on how relationships and family life grow and evolve with time. Curtis also returns to his favorite themes of cherishing love and noticing the small things, which makes the movie even sweeter. So if you’re in a mood for something romantic and maybe a little bit sentimental, try About Time.

A sci-fi comedy by immensely popular Soviet director Leonid Gaidai, Ivan Vasilievich: Back to the Future is probably the most popular Soviet movie ever made and the one that Russians watch on TV every New Year's Eve. The story features an absent-minded scientist Shurik (Alexander Demyanenko) who creates a time machine and accidentally sends his apartment complex manager Ivan Vasilievich (Yuri Yakovlev) and a suave burglar (Leonid Kuravlev) to the 16th century Moscow. Ivan Vasilievich turns out to be a spitting image of Tsar Ivan the Terrible, who, in turn, gets stuck in 1973. The movie is filled with engaging music, situation comedy, and quirky humor. Good news: the film is available with English subtitles!

Enjoy and have a great weekend! Yours truly, ITMO.NEWS.