Apart from their baguettes, berets, and the Eiffel Tower, the French are known for their cinematographic chef-d'oeuvres. So if you're looking for a good French comedy, check out our Movie Friday's list! 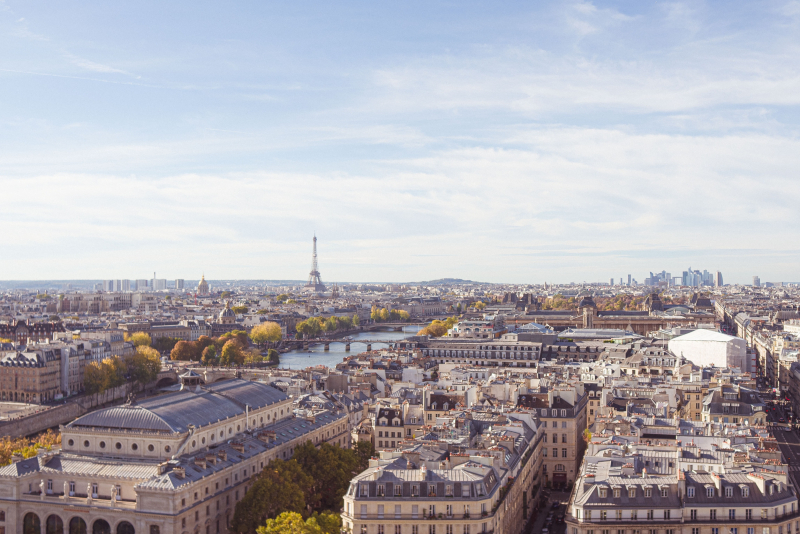 Even though Amélie is probably the first thing that pops into your mind when talking about French movies, and it is considered mauvais ton to include it in ‘Best French movies’ lists, I can’t help but mention it here, as it was my first insight into the great world of French cinema. I first watched it about ten years ago, and after the mawkish Twilight Saga, this delicate, tender and incredibly fairytale-like story was like a breath of fresh air.

Directed by Jean-Pierre Jeunet, this whimsical and charming romantic comedy tells the story of Amélie Poulain (Audrey Tautou), a shy and quirky young lady who wishes to make the world around her a better place. Raised by eccentric parents, who, believing that she had a weak heart, homeschooled her, Amélie leaves home at the age of 18 and becomes a waitress at a cafe in Montmartre. She lives in her own little world until one day she drops a perfume-stopper which dislodges a wall tile and reveals an old metal box of childhood memorabilia hidden by a boy who lived in her apartment decades ago. Amélie decides to find this boy and give him his box, and that’s where the story begins.

With its stunning color palette, carnivalesque setting, lots of peculiar characters, and exceptional music by Yann Tiersen, this flick can be rightfully considered a perfect example of the remarkable Jeunet’s aesthetic style, and one of the best feel-good movies ever made. However, what struck me most was how much time it took me to realize that behind this jolly façade lies a very different story and that Amélie is not actually about love and romance, but solitude and the way people interact with each other; there is not a single character who isn’t lonely. And this is what makes this movie even more powerful and heartwarming.

In the mood for a good-quality comedy-drama? Renowned French filmmakers Olivier Nakache and Éric Toledano, best known for directing The Intouchables, won’t disappoint you! In case you haven’t heard of it, Intouchables (2011) is a buddy dramedy that follows the story of Driss (Omar Sy), a boisterous Senegalese immigrant who answers an ad for a caretaker to wealthy quadriplegic Philippe (Francois Cluzet). Driss doesn’t want to get hired though, he just needs a signature proving that he was looking for a job and was rejected and thus deserves unemployment benefits. However, Phillippe suddenly agrees to give him a job, giving a start to a most unlikely and beautiful friendship. An amusing plot, talented cast and an excellent soundtrack by Ludovico Einaudi make this movie really worth checking out!

Samba (2014) is yet another comedy-drama film from the acclaimed directing duo of Olivier Nakache and Eric Toledano. Yet again, the plot revolves around a migrant from Senegal played by Omar Sy who works as a dishwasher in a hotel and dreams of becoming a professional chef. When his longtime ambitions for a better life seem just within reach, immigration authorities suddenly hit him with an order to leave France immediately. In his search for a way to stay in France, he meets Alice (Charlotte Gainsbourg), a lonely and emotionally vulnerable volunteer worker. I wouldn’t call this story uproariously funny, but there are a couple of comic moments that make the movie even more soul-stirring.

Who could have ever guessed that the sophisticated land of Jean-Luc Godard and Jacques Demy would choose a flippant comedy of manners as its all-time box-office hit? But Dany Boon’s Bienvenue chez les Ch’tis took the whole l'Héxagone by storm, making the refined Gaulois drop their baguettes and flock cinés in their thousands.

Dedicated to the director’s native heath of Nord-Pas-de-Calais, the film comes with a simple premise of a fish-out-of-water story, but what’s so special is its charmingly tongue-in-cheek execution. Philippe Abrams (Kad Merad) is a refined Southerner working for a small post office in the sunlit Salon-de-Provence. Wanting to cheer up his down-in-the-mouth wife Julie (Zoé Félix), he comes up with a plan that would bring his family even closer to the Equator – to Côte d'Azur, that is.

But his plan falls flat and his horn-mad bosses exile him to the god-forsaken town of Bergues in the wind-beaten north of Northern France. Desolate and clad in the arctic-style gear, Philippe bids goodbye to his wife and son and leaves for the French Siberia. There, he meets a drunk local who turns out to be his future employee Antoine (Dany Boon). But Philippe doesn’t understand a bit of what his hireling’s saying because of his mumbling patois, for Antoine, like the rest of natives, is a Ch’ti speaking in a jarring mix of French and Flemish. Things couldn’t get worse… Or could they? Give this a laugh-a-minute film a go to find out!