Helping Those Who Help Others: Final Round of Social Ideas Case Tournament

St. Petersburg’s Entrepreneurship Center has recently hosted the final round of the Social Ideas Case Tournament. The event brought together students of the city’s colleges and universities, who presented their ideas for socially-oriented companies, while the authors of the best projects participated in the professional congress of entrepreneurs of St. Petersburg, where the winners of the tournament were announced on December 4. Read on to learn more about the social projects presented at the tournament. 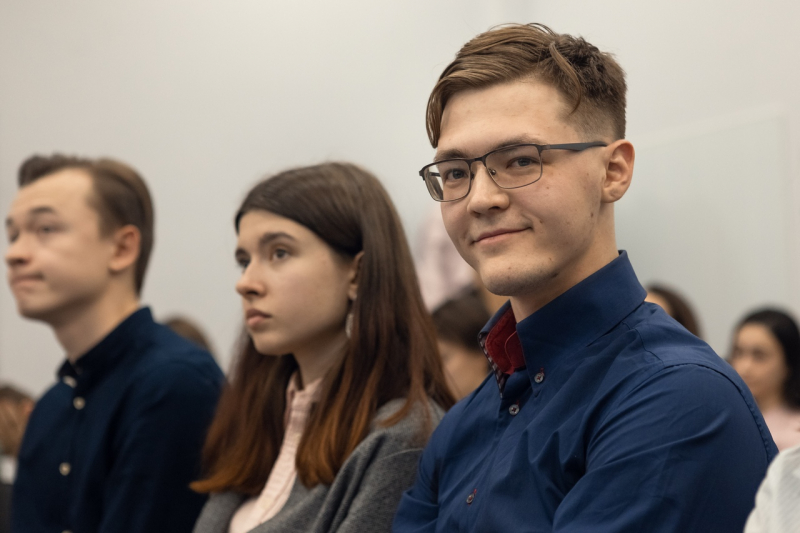 The Social Ideas Case Tournament was held as part of the regional round of the federal competition of volunteer projects “People Need You!”. Participating in the tournament were students of colleges and universities of St. Petersburg. The participants had a chance to get their cases reviewed, as well as communicate with entrepreneurs and take part in a range of workshops. Presenting their cases in the final round of the tournament were eight teams. The winners were given the opportunity to participate in the professional congress of entrepreneurs of St. Petersburg, as well as continue working on their ideas.

“The program was established six years ago, but this was the first time that it was held in the format of a case tournament. Before that, students collaborated with representatives of NGOs, while this year we decided to introduce them to social entrepreneurs. I think that it worked out just fine, despite the fact that we didn’t have much time to complete all the cases: we only had two weeks to prepare our cases, communicate with the students and come up with solutions. However, the good thing was that we managed to attract a lot of talented and motivated students interested in social projects,” shared Andrey Zlenko, one of the organizers.

A total of 20 cases were presented at the tournament, covering different topics, from marketing to technical development.

One of the cases was based on the Between You and Me project, which allows people with disabilities to make a living by making porridge. Students had to come up with ideas on how to make the brand more popular. A similar task was performed by the team with the case “Buy Right”, a social project aimed at selling products and household appliances in the buyer’s packaging.

Apart from the cases revolving around promotion and sales, there was a task based on product development. One of the teams got the task to create a technology that could replace canes for people with visual impairments. Consisting of robotics students and a programmer, the team proposed three solutions: a glove with sensors that would read obstacles and give out signals indicating their presence; bone conduction headphones that would give clues when orienting in space, as well as a cane equipped with sensors in case the first two devices run out of charge.

“This was an interesting experience, partially because of the fact that these were social-oriented projects. However, there was very little time. For example, each team was given just five minutes to present their project, which was not enough, as we wanted to talk more about the problem and why we chose this particular solution. As for the case that we worked on, it is related to our specialization, which was good. However, to be honest, I really wanted to get some kind of assignment related to children, because in my free time I teach robotics and I would be interested to know there’s something new for me there,” shares Nikolai Danilkov, a student at ITMO’s Faculty of Control Systems and Robotics.

Apart from marketing and engineering skills, the students made use of their savviness of UX design. The team that worked on the “Um” (Intelligence) project, a network of groups for maths academic competition training, had to analyze the latter’s website and suggest changes that would lead to its attracting more users. The students conducted some research, identified a range of problems related to the design and the web version’s adjustment to mobile devices, and found options for SMM promotion of the project.

“Teamwork played a very important role. We had to come up with a solution in a limited amount of time, so it was very important to distribute responsibilities. In general, being a student of the Faculty of Technology Management and Innovation, I found this experience to be really beneficial, as it gave me the opportunity to see how people in other teams worked, learn more about their projects, as well as listen to expert opinions and attend workshops. I think that we had a very interesting case; perhaps it was a little bit less socially-oriented than others, but it included some funny tasks, especially in the field of SMM,” says Sofya Savushkina, a second-year student at ITMO University’s Faculty of Technology Management and Innovation.

Aimed at providing jobs to people with disabilities, another project, “Miniature St. Petersburg”, was initiated by the ceramics workshop network Legko-Legko. Its staff creates clay copies of landmark St. Petersburg buildings, which are then solved as souvenirs. The tournament’s participants had to brainstorm promotion opportunities and a strategy for the project’s development.

“The tournament was just amazing. I really liked the fact that all the cases were provided by social organizations. Because when you work on cases for commercial companies, you understand that, by and large, they can cope without you, as they have the resources for it. And it’s a completely different thing in the case of social projects; here you help businesses that help other people. And your contribution really matters,” shares Aleksandra Kovach, a third-year student at St. Petersburg’s Higher School of Economics majoring in International Business and Management Studies.

The organizers note that regardless of whether they’ve won or not, all participants can continue their interaction and work with the projects, get more involved into or even become part of this common effort.