When building a robot, developers often use many supplementary mechanisms, sensors, indicators and other equipment. Resulting systems are often cumbersome and unreliable. A team from the Department of Monitoring and Information Security Risks' Forecasting has developed a multipurpose modular platform for constructing piloted or autonomous robots with different features, mass or dimensions. The platform can be easily adapted to particular design specifications; what is more, it was based on Russian electronic components. An autonomous robot based on this platform got 2nd place at the contest that was part of the All-Russian "New Personnel for Defense Industry Complex" forum. 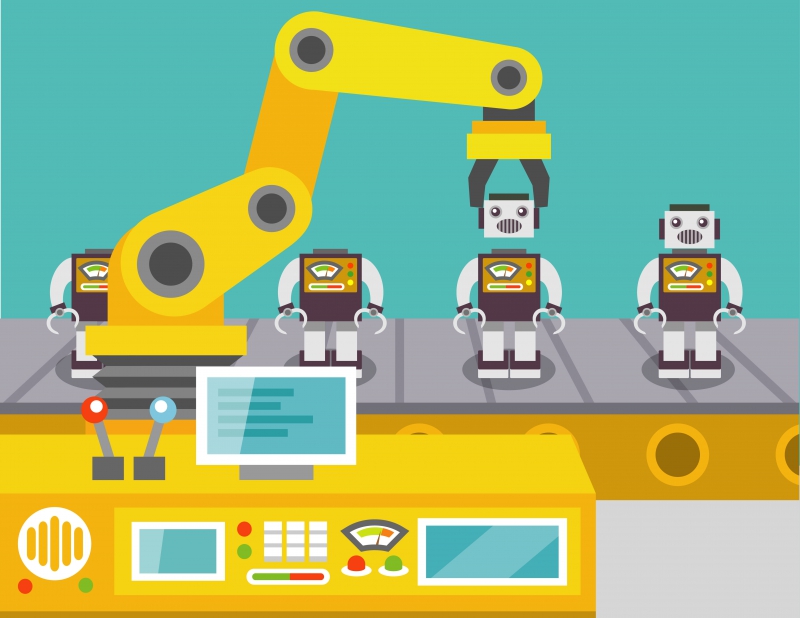 ITMO Master's and Research students began work on the development of this platform back in 2012. The goal of these R&D projects that they were working on was to give students advanced knowledge in specialized fields. Several of ITMO's departments took part in this undertaking, as constructing robots implies having skills in more than just robotics, but also programming and information security.

As a result, a new platform for constructing UAV's (unmanned aerial vehicles) was developed. The platform consisted of four modules: flight control, peripheral systems, power supply and communication modules. The general idea was to combine the electronic components frequently used for UAV construction in uniform modules. This way, one can connect executive mechanisms, sensors and develop programs for an already existing platform. There is also the possibility of using single models of the platform separately or in different combinations that fit particular tasks. ITMO's developers mostly used Russian electronic components and elements, while most UAV manufacturers prefer foreign ones. For instance, they've used the Milandr microcontroller for the flight control module. That aside, all the elements of the UAV (more than a hundred pieces) were designed and printed on a 3D printer at ITMO University. All of the software was developed at ITMO University, as well. For stabilizing the UAV, ITMO's developers used an artificial neural network-based regulator in addition to the commonly used PID-control, which is a technology rarely used by manufacturers. The applications for controlling the device were both iOS and Android-compatible; one can control it with a special console that can be connected to a computer. The device can receive signals via wi-fi or a radio channel, and can fly along a predefined route by using GLONASS or GPS.

"We've developed a multipurpose platform that can be adapted to construct different robots, not just UAVs. As for UAVs, those can be used for different purposes: patrolling territories, reconnaissance photography, and many others. We’ve also ensured information security of communications between the device and the control station. Another important point is that students from different departments collaborated on this project," shares Mikhail Budko, Associate Professor for the Department of Monitoring and Information Security Risks' Forecasting.

In the middle of December, the Robotlon student contest took place as part of the All-Russian New Personnel for Defense Industry Complex forum. Student teams constructed autonomous robots that had to shoot targets while moving inside a labyrinth. The Department of Monitoring and Information Security Risks' Forecasting took part in the contest. Its team developed two autonomous four-wheel robots based on the modular platform that was used for the UAV. The first (based on VEX construction kit) was used for pretesting, and the second — an original construction — participated in the contest. The team also had to develop an orientation system and an obstacle detection system, as well as the mechanism for operating the gun provided by the contest's organizers. "The robot used rigidly mounted wheels like those of a tank; it could rotate around its geometrical center, which made navigation simpler. For orientation, we used inertial sensors (a gyroscope and a accelerometer) and a lidar — an infrared scanner that allows to create horizontal virtual maps of the surrounding space of 5.5 meters in radius. We developed all the algorithms for controls ourselves, as well", shares Ivan Avdonin, Research student for the department.

Among the nine teams that participated in the contest, ITMO's team took 2nd place. The developers plan to analyze the possible ways of improving the algorithms and the design to later compete for the leading position.

This contest was a great opportunity to test the new modular platform, which is ITMO's own invention. As of now, different companies approach the university with collaboration proposals on using this platform.