Yandex Expert Shares Rules for Co-Existence of Humans and AI

Machine intelligence, open source code and cloud storage are having a radical effect on business models, job market demand and human life. For companies to remain commercially viable and for people to remain employed, it is necessary to learn and adapt, as well as to break the stereotypes about the role of machines in society. As part of the Future in Tech: What’s Next conference in Moscow, Andrey Sebrant, Product Marketing Director at Yandex, spoke about these and other topics. 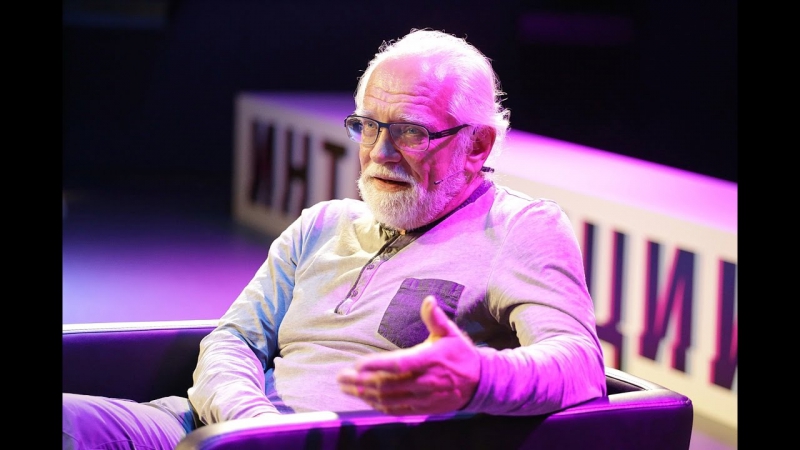 Claims that try to predict the course of development of human society and the changes to our way of life often turn out to be incorrect. According to Sebrant, those who work at tech companies are better at this since their predictions are based on their knowledge of the projects that are already in the works at their or their competitors’ companies, as well as the knowledge of what the outcome of such projects will be. Workers in tech are familiar with the new future because they participate in its creation. Humanities experts tend to be more skeptical towards technological progress, in some part due to a psychological barrier: they cannot imagine machines participating in intellectual activities. In 2014, staff of Wired and Wall Street Journal claimed that it would take at least 10 years for a machine to win a game of Go; yet in 2016, the AlphaGo program beat renowned Go player Lee Sedol in a series of games.

The feature film AlphaGo, which tells about the effect machine intelligence had on Go players, will be shown this fall in Moscow at the 360 Festival of Science and Tech Film.

A great deal of romanticized professions are already dying out

One of the recent covers of the Economist has an internal combustion engine likened to a dead dog. The reason for this is that, in the period of 2025 to 2050, sales of all cars with internal combustion engines will cease in Europe due to introduction of new legislative measures. Car manufacturers are preparing for that by rehauling not just the cars, but the entire infrastructure, including the refueling stations, oil processing plants, etc. At the same time, teenagers are still tinkering around with old jalopies in their garages and dream of careers in high-end engine manufacturing, students are writing papers about engine design and postgrads study ways to synthesize new engine fuels. All this occurs while the old image and structure of the industry are becoming obsolete. In other words, the specialists still working on engine fuel are fiddling with a dead body.

Where will the most radical changes occur?

Additive technologies (3D-printing), biotechnology (CRISPR and others) and medicine, Blockchain and derivatives, renewable energy sources, agriculture (biotechnology, robotics, machine learning), transportation, urban planning – these are just some of the industries that are already being changed by certain projects. “Do not interpret my words as if these are the most actively developing fields and the rest are slow and stagnant industries where you can dwell until retirement without learning new things,” – shares Sebrant.

Machines are partners, not slaves

Why have we not been replaced by robots yet? Because we find it hard to accept self-learning machines. Why is that so? The reasons are mostly psychological, not economical or technological. Humans have a hard time imagining a machine that is more than simple hardware that follows commands. Ever since computers first appeared in our lives, we became used to seeing a computer as a device that follows orders. In computer science classes we were told that man used the power of his mind to decide what needs to be done, wrote it down as a sequence of orders and the computer followed it. But why can’t a computer think for itself? People often see themselves as the apex of evolution, but there is a suspicion that that’s not true. Most of the time, discussions on this topic end in the classic “argument” of people possessing souls and prefrontal cortexes and machines possessing only silicon. This kind of conversation is reminiscent of anthropocentrism that was spoken of by Aristoteles and his disciples.

Another example is the way children learn foreign languages. They play with their peers, read graffiti on walls, listen to cartoons and then slowly begin speaking. They aren’t taught anything about tenses, conjugations, etc. Then why are adults pestered with the theoretical material? This is because people are convinced that it is necessary first to understand the theory and only then can one begin practice. Yet, according to Mr. Sebrant, this is not true. This is how we treat machines – we teach them the wrong way. Why do we believe that they can only be taught in the traditional manner, with theory as the be-all and end-all? We taught machines to act like children learning a new language. They complete their tasks without having understood how they achieved it, just like you can’t get a child to explain to you the inner workings of a language. For some reason we find such an approach unnatural for machines, although life experience shows that this is exactly what is needed.

In recent years, people are constantly talking about the enslavement of humankind by artificial intelligence. Yet they don’t seem to notice that AI surrounds us already – we use it every day. Search engines employ machine learning, and modern ones are all made up of neural networks. Internet spam is a self-learning system. These days, all online financial transactions are based on self-learning machines – every time you use a credit card for payment, just before the “payment approved” status appears, a myriad of self-learning systems activate themselves. If not for them, the entire e-payment system would fail.

Multimedia projects that involve artificial intelligence and neural networks present a synthesis of man and machine, the results of which are new achievements in art and technology. Last year, Ivan Yamschikov and Alexei Tikhonov, analysts at Yandex, came up with the idea of a musical album with lyrics written by a neural network that can imitate the writing style of a given songwriter. The next step was an attempt to have the neural network write a piece of music inspired by the works of a certain composer. This year, Yandex succeeded in that venture, its neural network having written a melody in the style of the Russian composer Alexander Scriabin. “The most important thing we’ve done is that we have shown direct proof of the fact that machines are our equal partners in regard to intellectual activity. Not enemies, not rivals, not competitors, but powerful and important companions,” – explains Andrey Sebrant.

A great number of human activities that require intuition or creativity are slowly but surely becoming accessible to algorithms. The notion, often presented in arts and, in particular, in cinema, of a human-machine relationship in which the former is given the role of a leader or a master, is far from reality, as we, unlike machines, simply cannot comprehend the amount of data that surrounds us.

So – cooperation or replacement? If it requires a greater deal of creativity, then it is cooperation, where the algorithm works in harmony with the musician, artist and creator. Where there is no necessity for creativity, it is replacement, says the speaker.

Are there any positions that will remain human-only? According to Andrey Sebrant, those will be the occupations that have not emerged yet – after all, machines have to learn from someone. This means that new professions are more secure. Other “secure” fields of work are the ones related to emotional intelligence, where human participation is important (psychologists, nannies, etc.), as negative emotions take more to solve than a gentle pat.