Fabio Bagarello on Quantum Computing and Importance of Interdisciplinary Research

Professor Fabio Bagarello from the University of Palermo (Italy) came to ITMO to give a talk on the  applications of quantum theory in the mathematical modeling of various systems. He told ITMO.NEWS about the possible use of quantum computation in modeling and why quantum computers are not on sale yet. Professor Bagarello is certain: students and scientists still have a lot to learn and work on in this field. The newly opened Master’s program "Cognitive Technologies and Quantum Intellect" - one of a kind in Russia so far - will train specialists in the field of mathematical modeling of complex socio-economic processes using modern methods of quantum information theory and cognitive technologies. Read our material and find out more about quantum computations, areas of their application and why specialists in the field of quantum mechanics need to have a good knowledge of sociology, political science and economics. 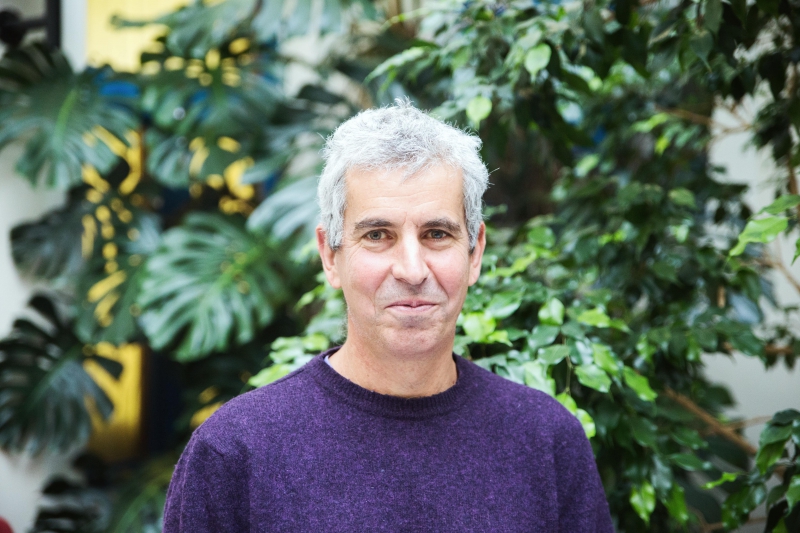 Quantum computers get a lot of media coverage and attention. However, few people understand what quantum computing really is and what areas it can be applied in. What is it, actually? Does it suggest that bits can be replaced with qubits, which can work with an even larger amount of information?

When we are saying that a quantum computer will replace the regular one, we talk, first of all, about using the principles of quantum theory in computations. Qubit is a very powerful element of information storage and processing. So, in theory, just to be clear, you will need 10 regular computers to process the amount of information that only one quantum computer can handle.

Many physicists around the world are currently working on solving this issue and thus creating a quantum computer. With its help, it will be essentially possible to solve a lot of problems: both practice-oriented and purely theoretical, as well as problems connected to mathematical modeling. I am involved particularly in modeling. And that is theoretical research.

What kind of problems can a quantum computer potentially solve?

Take for instance the classic problem of prime numbers’ factorization, which is also used in cryptography. A prime number is a natural number that is greater than 1 and has no positive divisors other than 1 and itself.  That is, 1, 2, 3, 5, 7, and so on. Many computer network security mechanisms are based on computing whether a number is a prime one or not. This is a simple test: you just divide the number - and that's it. But in computing it takes time. Quantum computers will be able to perform such operations faster. Besides, computers are now becoming smaller in size. Yet they are expected to be more powerful. Quantum computers should help in solving this issue of size vs. power.

Some of ITMO’s laboratories conduct a lot of research on predictive modeling: of crowd behavior, spreading of infections and other processes. How will quantum computing affect the operation of such models?

It’s hard to say now, because we do not have any operational quantum computers yet. So, we can only predict mathematically what will change with their appearance. Of course, we can already implement mathematical predictive models using current-day computers, but quantum computations will allow us to do that much faster. Some scientists also assume that quantum computing will help make mathematical models more accurate and approximate to reality. What problems do contemporary predictive models have?

I used neural networks in my research. They can be useful in some situations, but they can lead to completely wrong conclusions in others. I’ll give you an example: we used a neural network to predict possible health problems people may suffer from - and it worked perfectly. But when we tried to use a neural network to predict stock market behavior, we failed – because in any economic system there are just far too many degrees of freedom. Perhaps quantum computing can take all these degrees of freedom into account, and build operational predictive models which will be more accurate and closer to reality - even for complex economic systems. So it seems, there is a lot yet to be done in this field and both students and senior researchers can contribute to it.

There is, indeed! As far as I know, very few scientific papers have been published specifically in the field of quantum neural networks up. I performed some calculations in this field. But even from a mathematical point of view it is very difficult to work in such systems, because you need to consider thousands of equations simultaneously. There is simply too much information.

One can use some approximate values for calculations, of course, but as soon as one does that, the mathematical model becomes less accurate. Its results will be be compromised and will deviate from reality.

What kind of knowledge and skills do students need to be able to delve into the field of quantum computing?

Needless to say, knowledge in the field of quantum mechanics is a must. In addition to that, the demand for specialists who have in-depth knowledge of any particular area is also increasing now.

To give you an example – if you asked me which students I’d rather work with, I would say that I need people who specialize in the fields of sociology, psychology, economics and political science. After all, any predictive modeling is inextricably connected and dependent upon a relevant area of science. Recently, my colleagues and I came up with a predictive model of political parties’ behavior, as we had elections here, in Italy. We also developed a model of soil condition for southern Italy. This research is very useful for farming.

Are you planning any future collaborations with ITMO?

I’m lecturing for the first time here, at ITMO. All I can say is that future of our further cooperation depends on the reception and feedback to my two lectures: we need to see whether we will find common ground with the specialists who work here. One lecture is aimed more at the students. I am talking about the use of unconventional tools from the field of quantum mechanics in computation. The second lecture is for scientists. In it, I will talk about modeling and decision support systems in various subject areas. And in both cases - I will be glad to cooperate.

ITMO University has launched a new Master’s program "Cognitive Technologies and Quantum Intellect". The program is taught at the eScience Research Institute. This program will train Master’s students in latest technologies in the field of cognitive and quantum computing. This knowledge is necessary for the creation of predictive models of complex socio-economic processes, software development, and artificial intelligence. One of the main features of the program is its focus on training future specialists for work in interdisciplinary areas: at the intersection of information technology and biology, sociology, political science, economics and others.