ITMO University researchers managed to determine players’ gender based on the data garnered via an online gaming platform. In this, they were one of the first to apply machine learning to analyze a large body of gaming data. The innovative approach has the potential to improve the personal recommendations system for a more targeted offering of games. It can also be used to detect gaming addictions. The research was presented at the AAAI Conference on Artificial Intelligence. 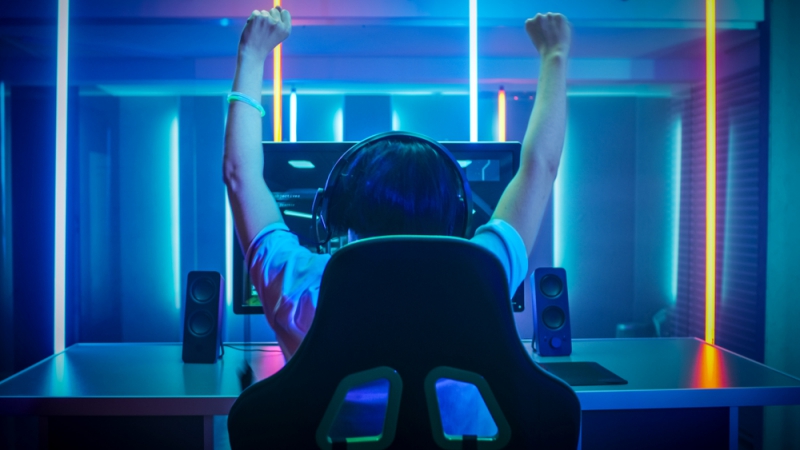 Be it online or offline, video games have become part and parcel of modern life, their numbers growing daily. Their users generate more and more data that can be used for building models of gaming behavior or identifying individual features of players. This facilitates early diagnosis of gaming addictions and marketing research in the field.

Until very recently, all gaming data studies were carried out manually and on small sample groups of people. But only the analysis of large sets of data can result in statistically significant conclusions. Scientists from ITMO University and the University of Singapore were one of the first to use machine learning technologies to achieve this goal. Drawing on the data from the gaming platform Steam and a specially developed and taught model, they were able to predict a player’s gender based on their gaming behavior.

Garnering the data, the researchers used the service Player.me, which allows for comparing users’ Steam accounts with their social media profiles on Twitter, Facebook and Instagram. This was needed to search for links between players’ gaming behavior and their demographic characteristics such as age and gender. As a result, the scientists developed a model that was based on attributes such as time spent playing, game achievements, preferred game genres, and in-game purchases made.

“The main idea behind our research is to use gaming data for studying how a person behaves in real life. Some people try to do this via social media, but we have to understand that people tend to be more aware of their social media behavior and selective of what they post there; they filter they thoughts. This doesn’t happen in games: there we behave in a way we’d like to behave in real life. And at this stage of the work, I’ve managed to establish that such gaming data is related to people’s real-world characteristics,” notes Ivan Samborsky, a PhD researcher at ITMO University’s Information Technologies and Programming Faculty.

According to the scientists, game data analysis allows to identify the interests, location and demographics of users, as well as evaluate the amount of time they are ready to spend on games. The researchers will work on improving the model obtained to increase its forecasting accuracy. They also plan to adapt the model for it to be used for detecting gaming addiction behaviors.

“Internet users are vested in anonymity, so much so that oftentimes, we can only guess at the real person behind that userpic or this username. This veil can only be lifted if you analyze the indirect indicators such as their online behavior. Learning more about the person the other side of the screen is important both for giants such as Google, who feed off advertising, and small online shops.

“The significant and interesting question that follows is, what kind of data will enable that? In previous research, we used texts, images and even geolocation. But a player’s behavior is described in the special language of the time they spend in the game, and the achievements they attain. Our research showed that even this information is enough to predict their gender. We will obviously not stop at that, but this was done to prove the fact that gaming behavior can be analyzed, and to great forecasting results too. Apart from making the ubiquitous ads more personalized, these forecasting models are an effective applied research tool in a wide range of fields: sociology, psychology, medicine and sports studies,” comments Andrey Filchenkov, head of the machine learning research group at ITMO University’s Computer Technologies laboratory.