The 18th Lasers&Photonics Congress has just kicked off in St. Petersburg; it includes several conferences, schools for young scientists and students, and an exhibition on laser and optoelectronic technologies. The main topics of the congress are: research into quantum dots and their practical application in lasers, a new concept of lasers based on topological insulators, as well as the possibilities offered by the European X-ray free-electron laser (XFEL), experiments on which began last autumn. These topics were discussed during the plenary presentations by the event’s main speakers. The congress is organized by ITMO University together with its partners. 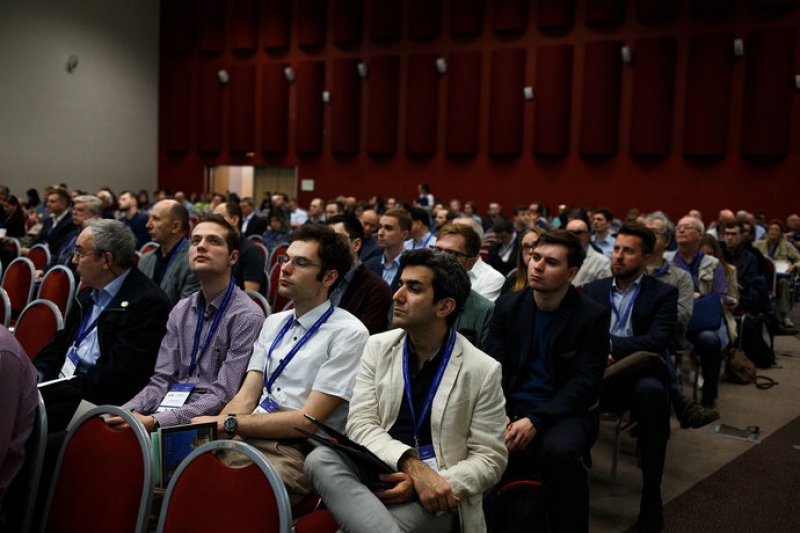 More than 1,500 people participate in the Lasers&Photonics conference every year, nearly a of them being graduate and postgraduate students who present their research in various formats. The following conferences are part of the congress: Laser Optics, “Days on Diffraction”, The Photonic Colloidal Nanostructures: Synthesis, Properties, and Applications; there is also also the international school for young scientists “Advanced Photonic Materials” and the  “Nanophotonics and Metamaterials” summer school for Master’s students, PhD students, and Associate Professors.

“Last year, the XFEL project was launched, in which ITMO University is an active participant. We were among the first who applied to conduct an experiment there. The second main topic is quantum dot lasers, which were presented at the plenary session by a scientist who practically invented them. Now, such lasers are particularly relevant in connection with the development of telecommunications, the Internet and optical networks, as well as the increase in computing power. The third topic is a new breakthrough in photonics research: the creation of the world’s first topological insulator-based lasers. As the speaker said, they cannot even say exactly what the output power of the devices that will use such a laser can be. We also organized, for the first time, a special section "Nonlinear and Quantum Integrated Photonics", where new technological devices will be presented; these are still modestly represented in Russia, but we were able to invite leading scientists in this field to the Congress," commented Evgeny Viktorov, Chairman of the Lasers&Photonics  program committee, head of the Department of Laser Systems and Technologies  at ITMO University.

The congress will also include discussions of such traditional topics as as: solid-state lasers, semiconductor lasers, laser beam control technology, nonlinear photonics and optical nanomaterials. Scientists will discuss modern applications of lasers in environmental monitoring, navigational systems, devices for space geodesy, as well as current research and opportunities in the field of free electron lasers.

The history of quantum dot research and its practical applications was presented by Yasuhiko Arakawa, Director of the Institute for Nano Quantum Information Electronics at the University of Tokyo. In 1982, Arakawa and his colleagues were the first to suggest that quantum dots be used to improve the performance of semiconductor lasers. Since then, quantum dots have been successfully investigated both in the framework of fundamental solid state physics and in terms of practical applications.

What is a quantum dot? Simply put, it is a fragment of a conductor or semiconductor of such a small size that quantum effects begin to appear in them. They are usually grown using inorganic semiconductor materials (often silicon-based) as a base, or as part of a large semiconductor crystal, or they are synthesized as individual nanoparticles. Quantum dots are so interesting to scientists because they can be used to control the electrical properties of nanoparticles, including the creation of lasers on quantum dots.

Yasuhiko Arakawa presented the history of the development of scientific works in the field of quantum dots, several methods of creating lasers using quantum dots, as well as his research on single photon sources, which are used in cryptography. The scientist also listed in which areas the use of quantum dots will be most likely in the nearest future. First, they can be used to create semiconductor lasers for fiber-optic communication lines. Secondly, quantum dots will make it possible to create a new type of optoelectronic memory, which will contribute to the development of quantum computers. Third, new optoelectronic devices can lead to the creation of new flat-screen televisions with a much greater image quality. In addition, the high emissivity of quantum dots will help increase the efficiency of solar panels to 75%, while right now the most efficient panels barely reach 25% efficiency.

Moti Segev, a professor of physics at the Technion Israel Institute of Technology, described this fundamentally new laser concept at the conference. Topological insulators are materials that conduct currents only on their surface, and remain dielectric inside. At the same time, the electrons on such a surface are resistant to external disturbances and any defects of the material itself. Another feature of such materials is that they conduct electrons only in one direction. They were experimentally discovered only 10 years ago. And so far, topological insulators have not been considered in the context of nonlinear systems with amplification, which is also a laser.

Topological insulators can be two- or three-dimensional. To create a "topological laser", scientists used two-dimensional materials consisting of a grid of intertwined rings connected by microscopic resonators. The researchers themselves dubbed this material "photonic graphene". The outer rings have so-called "superconductivity". This means that even if, while the electrons "flow" along the surface of this grid, a defect appears, for example, a pair of rings is missing, the conductivity will still remain. To get a laser out of this grid, it is supplied with energy. The resonators on the edge become excited and begin to emit photons at the same frequency, which means laser radiation.

What is so good about these lasers? In conventional lasers, the system output of one resonator can destroy the entire system, since now not all resonators will emit the same photons. In a "topological" laser, the system will remain stable even if some resonators stop functioning.

In his speech Moti Segev stressed that the concept of “topological” lasers opens up to scientists new fundamental tasks, and also called for young scientists not to be afraid to go beyond the classical understanding of the state of certain physical systems, and consider the possibilities of completely new devices.

Also at the plenary session was Robert Feidenhans, Chairman of the European XFEL Management Board (Hamburg). He talked about the facility, and presented a recording of the movement of molecules, a process that can be observed for the first time thanks to the laser. Earlier on, Professor Feidenhans also participated in the conference Nanostructures for Photonics where he spoke to ITMO.NEWS about some of the first results of XFEL. In October, scientists from ITMO’s Laboratory of Physics of Epitaxial Materials will be given access to XFEL in order to conduct their research on filamentary nanocrystals. Their goal will be to study the dynamics of fast processes in a crystal lattice under the impact of ultra-short, high-energy pulses of coherent laser light.

The Lasers&Photonics congress will continue till June 8.