The European XFEL is a research facility with the most powerful X-ray laser in the world, which provides scientists with ultrashort X-ray flashes, allowing them to observe chemical reactions, decipher the structure of complex biological objects and solve other topical tasks. Russian researchers had already participated in the European XFEL’s projects, but only as part of an international research group. In October 2018, a group of scientists from ITMO University gained independent access to the facility’s equipment and conducted research on a new class of materials. 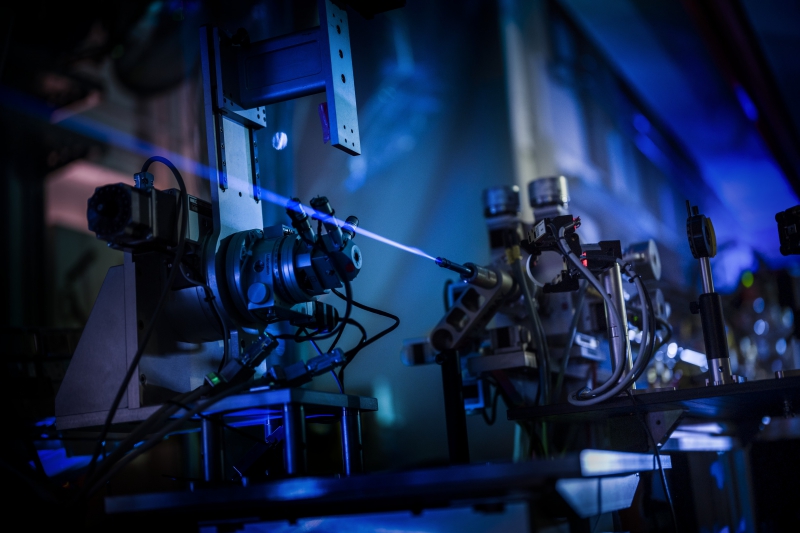 The European XFEL is an international project aimed at the creation of the world’s largest free-electron laser, designed for solving a wide range of tasks in both fundamental and applied research, including medicine and cutting-edge technology. The project was being developed at the DESY research center in Germany from 2009 to 2017 and cost over a million euros. Co-sponsored by several countries including Russia, which covered 27% of the construction costs, the European XFEL was officially opened in Hamburg on September 1, 2017.

The 3.4-kilometer-long tunnel for the European XFEL runs 6 to 38m underground from the site of the DESY research center in Hamburg to the town of Schenefeld, where the experimental stations, laboratories, and administrative buildings are located.

In 2015, the Transnational Scientific and Education UniFEL Center for Advanced Methods of Materials Research was founded at ITMO University in collaboration with the Freiberg University of Mining and Technology (TU Bergakademie Freiberg). According to the cooperation agreement between the two universities, the Russian and German researchers agreed to work on joint projects regarding the European XFEL, as well as develop joint Master’s and PhD educational programs.

In March 2018, ITMO University researchers won a grant to conduct research on the crystalline framework and composition of nanowhiskers. Nanowhiskers, or threadlike nanocrystals, are nanomaterials with high spatial and energy resolution of the electronic structure and atomic formation. Among the potential applications of these materials are various areas of electronics, medicine, and quantum informatics. For one, they can potentially be used for data transfer by means of single photons.

To control nanowhiskers effectively, scientists need to study their crystalline framework and properties: electronic, optical, and mechanical. There is no better place for such research than the European XFEL, but it’s not easy to get access to.

“The schedule at the European XFEL is very tight. It’s a very expensive facility and not every research team is allowed to use it. There is a special commission that reviews all the applications, and according to the statistics, only 20% of projects make it to the final list and get the right to work with the biggest laser in the world,” shares Alexey Romanov, the head of the UniFEL Center and Dean of ITMO’s Faculty of Laser Photonics and Optoelectronics.

The research group that went to Hamburg in October 2018 was made up of Prof. Sergey Molodtsov, the co-head of the UniFEL Center, as well as Prof. Georgiy Tsirlin and PhD student Roman Reznik from the International Research Center of Functional Materials and Optoelectronic Devices. Among the researchers was also Vladimir Strokov from the Paul Scherrer Institute.

The experiment lasted for ten days. The scientists exposed two nanocrystals grown at ITMO to two lasers. One of the lasers excited a powerful optical impulse, which caused oscillation in the nanocrystals’ crystalline framework. The impulse lasted for just a dozen femtoseconds but it was so powerful that the researchers thought that it might even destroy the material. Fortunately, it didn’t happen, and the nanocrystals weren’t destroyed, which was confirmed by the final analysis carried out afterward.

“What we got is a massive amount of information, which will shed some light at the structure of nanocrystals. We were all very excited about the results. Being modern researchers, we got used to collaborating with our international colleagues and achieving impressive results. But what makes our project truly special is that it’s completed. It all happened just as we expected it to, which is extremely rare,” shares Pavel Brunkov, a professor at ITMO’s Faculty of Laser Photonics and Optoelectronics.

The researchers plan to further analyze the results and come back to the XFEL in spring and summer of 2019. The research remains predominantly fundamental, but as Pavel Brunkov notes, the more we learn about the material’s properties, the sooner we can start using it.