A group of scientists from ITMO University, including one Master’s and one PhD student, has proposed a new method for quick cooling-down of surfaces using perovskite and light nanoparticles. In the future, this principle can be used to cool nano-lasers in optical chips, increase the life of solar panels, and create smart glass. The article was published in the journal Nanoscale. 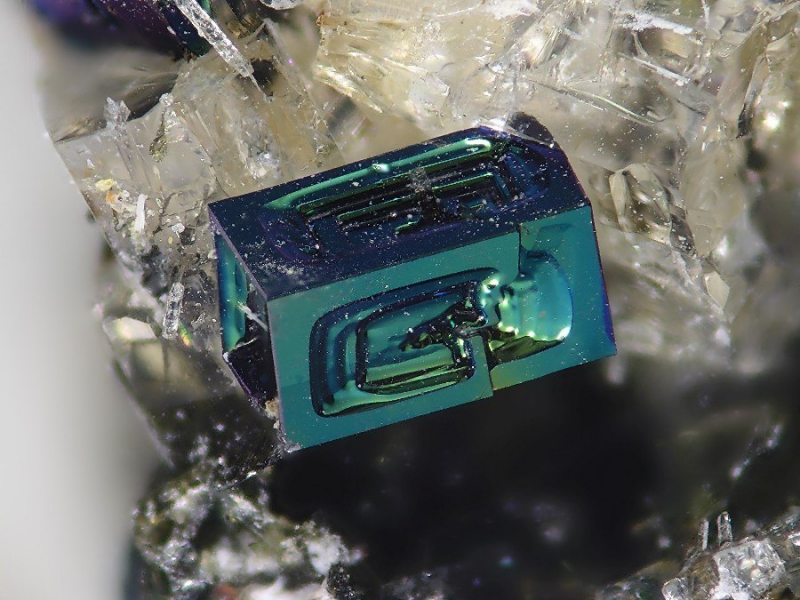 Researchers and engineers pay more and more attention to such optically active material as perovskite halide. Some scientists are even talking about the upcoming “perovskite revolution” when this material will be able to force standard semiconductors out of the market of the production of solar cells and lasers.

As of now, the widespread development of perovskite-based devices is hindered by some disadvantages of this material. For one, it is often subject to overheating due to its low thermal conductivity. This makes solving the problem of cooling perovskites down a topical scientific task. In a bid to achieve it, staff of ITMO University’s Laboratory of Hybrid Nanophotonics and Optoelectronics, which has been conducting research into the creation of optoelectronic devices and ultra-compact lasers based on perovskites, have decided to make use of light, which normally is the agent that creates the heating-up effect putting the material in danger.

The question of whether it is possible to use light for cooling and not only for heating has been puzzling scientists for the past 100 years. In 1929, German scientist Peter Pringsheim suggested that under certain conditions, light can indeed lower the temperature of a substance rather than raise it. This idea caused widespread controversy in the scientific world, with some arguing that such an assumption violates fundamental laws of physics until Soviet physicist Lev Landau demonstrated the theoretical possibility of this process in 1946, and the concept gained experimental confirmation at the end of the 20th century.

As a result of almost one year of work, a group of scientists from ITMO University proposed creating perovskite-based nanoparticles that would be cooled by means of infrared light.

“We have come to the conclusion that two things need to be optimized: light absorption through the creation of nanoparticles in order to absorb more photons with lower energy costs, and the luminescence efficiency of these nanoparticles so that less energy is spent on spurious heating. Thus, by maneuvering with these parameters, the size of the nanoparticle and the wavelength of the incident light, we have achieved the maximum increase in cooling efficiency,” says Pavel Tonkaev, an ITMO University Master’s student and one of the co-authors of the study.

Based on the theoretical calculations conducted, the scientists have proved that the proposed nanoparticles can lose about a hundred degrees under the influence of infrared radiation. Potentially, this process can occur in fractions of a second. But in the case of a surface coated with these nanoparticles, the cooling process will take from several seconds to several minutes, depending on external conditions.

The development of the “nano-refrigerator” is the continuation of the laboratory’s projects conducted in collaboration with the third co-author of the article, ITMO University graduate Georgy Zograf. These projects focus on the development of the so-called “nano-stove” (particles that are heated when exposed to light), and a “nano-thermometer” that allows you to directly measure the temperature at the nanoscale. Thus, as scientists joke, they are close to creating a kind of a “nano-kitchen”, which can be used to control the temperature of substances using nanoparticles and light.

If the first series of experiments turns out to be successful, this will bring scientists closer to solving the problem of cooling optoelectronic devices and optical radiation sources based on perovskites.

“In our laboratory, we create micro- and nano-lasers based on perovskites. They are necessary for the development of optical chips for the computers of the future. However, in order to make a device with such chips compact, it is important, among other things, to solve the cooling problem. The use of the optical cooling technology can potentially lead to the development of “self-cooling” lasers,” explains Sergey Makarov, head of ITMO University’s Laboratory of Hybrid Nanophotonics and Optoelectronics.

Apart from that, nanoparticles can possibly be modified so that they cool when exposed not to infrared light but to ultraviolet radiation or other radiation in the visible spectrum, which can be used to create “smart glass” that can cool in the heat and heat up in the cold.