As of now, the prosthesis market in Russiamostly consists of expensive imported devices or outlived Soviet models. Ilya Czech, a graduate of ITMO University founded the Motorika company that is the only national platform for upper limb prosthesis development. The company's team has developed and implemented a modern hand prosthesis and now work on a forearm prostheses; the plans for the future include a ulnar module and a shoulder prosthesis. For its accomplishments in science and technology, «Motorika» got into the short-list of the «Made in Russia» award by the media project «Snob». In an interview for our portal, Ilya talked about the difficulties related to opening such a company in Russia, developing sought-after prostheses and the most promising technologies in this field. 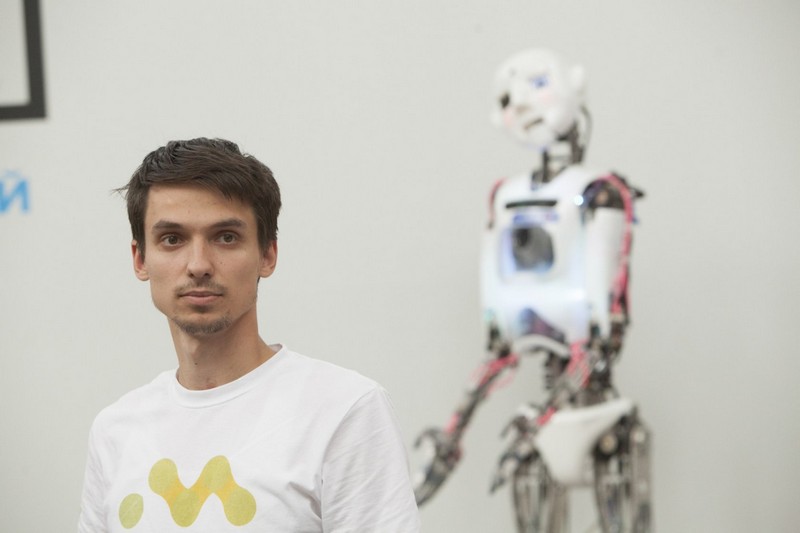 Please tell us, how your prosthesis works, what technologies does it use?

During the manufacturing of the prosthesis, we use 3d-printing technology. Our «Kibi» prosthesis is created individually for every kid and is based on the measurements of his arm. This allows modifying the prosthesis to fit even the most complex traumas. What is more, we even change design according to our patients wishes. To use Kibi, one has to retain the mobility of the radiocarpal joint — the prosthesis's grip is based on the hands movement. The prosthesis is entirely mechanical. Our other line of work is creating Russia's first bionic prosthesis of the forearm, and, in the nearest future — of a whole arm. If everything goes according to our plans, the forearm prototype will be completed this autumn.

Why do you think you've made it to the «Snob» award short-list?

Well, that was a surprise. What's more, I came to know it by accident: our company is the resident of Skolkovo's biomedical technologies cluster, so they told me about the nomination. I think its because we are the only ones who develop and manufacture active hand and forearm prostheses in Russia. When we launched the project, we've found out that there are only foreign products on the market — or outdated Soviet and cosmetic models. And foreign devices are too expensive — they sometimes cost around 4 million rubles. Surely, our active informational policy must have played an even greater role. We constantly show that what we're developing is not some app but a real product that can really improve lives of thousands of children and adults and is already being implemented — both individually and in rehabilitation centers. We are also integrated into the Russian health care system: one can get our prosthesis for free. What was the most difficult thing when you were founding your company?

As strange as that may be, it wasn't the bureaucratic obstacles — it was the lack of any structured info on the algorithms of what to do: how to declare, certify and distribute the product, what documents to prepare, how to implement it into the health care system for the patient to get it for free, etc. All the necessary data was on different sources, so we had to spend about half a year to work everything out. Social promotion of our prostheses was difficult as well. The prosthesis field proved to be quite staid, and people don't accept innovations easily. But we started showing real cases, how our prosthesis works, accentuated our innovative methods of working with children (which imply the presence of a psychologist), told of our individual rehabilitation program. We don't just give a child a prosthesis — we monitor how he adapts, and modernize the device to suit the child's needs. As the children grow, we renew their prosthesis, and that motivates us greatly.

What is the doctors attitude towards the new technologies?

When they understand that we don't just offer new technology, but the methods to rehabilitation as well, they become inspired and help us in every way. Before we started, this field was totally neglected; noone really worked with children and their parents. We, on the other hand, invite a psychologist when we first apply the prosthesis. He communicates with the patient, makes a game out of this process — so that the child doesn't concentrate on the prosthesis and doesn't become afraid of it. This way, it'll be easier for him to train independently later. How should startupers in such fields behave when working with partners?

One has to have detailed propositions. Don't expect that if you've got a great idea, everyone will accept you right on the spot. You need a plan, a clear understanding of what you want. For instance, our next step will be working with specialized state institutions: different prosthesis manufacturers and rehabilitation centers. We also want to analyze the dynamics of our company, to define the tendencies. As of now, we get about 15 requests for prostheses a month, and quite many of them are for forearm prostheses. Most orders come from individual patients. We also actively participate in different seminars and conferences, promoting our product on different platforms.

Why not use a specialist to open a startup?

Surely, that would have been much easier. But there are two pressing problems. The first is that often, startupers just don't have the funds to employ a professional — those are expensive. The other problem is that there are few people with enough competencies to work in our field. I'm not talking about engineers — we get several suitable candidates every month. We lack specialists who would promote and develop our company. For instance, we've been trying to find a sales manager for B2B sales and never had an interview in three months. Obviously, there's no special course for management of such companies as ours, but I believe almost any manager or PR-specialist can learn the necessary skills.

In what direction will the prosthesis technologies evolve?

Our company's main concept is that prosthetics is not about just replacing the limbs — its something more. We try to fix our prostheses with additional functions — Internet access, different attachments, gadgets — smartphones included. The prosthesis must not only restore the motor function, but also be a modern electronic device. Biohackers who deliberately implant different devices into their bodies already exist. What is more, now muscle sensing can be used to control the prosthesis: the controlling signals come from one's neural system. The greatest challenge in this area is feedback from the prosthesis — that is, bodily sensations. We also do research in this area, and hope to get results in the next five years.