As a consequence, the developers, whose work focuses on printed textile-based electronics, will get the chance to participate in a startup competition in China. ITMO.NEWS got in touch with the project’s co-founder, ITMO Master’s student Olavi Siikki, to learn more about their success. 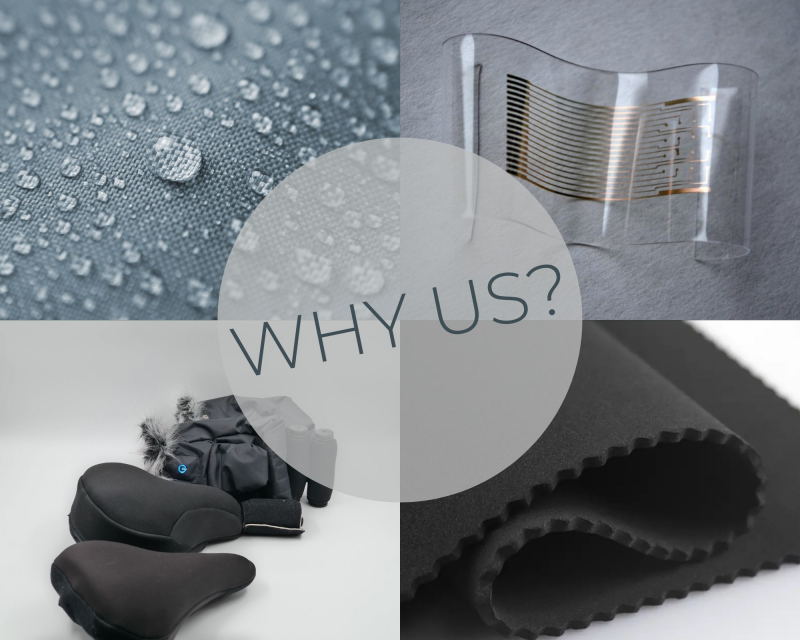 The fledgling company WARMR, a participant of ITMO University’s acceleration program, placed third in the Eureka International Innovation & Entrepreneurship Competition. The pitch competition was slated to take place in Australia, but was moved online due to the pandemic.

WARMR, a startup founded by Olavi Siikki, a Master’s student at ITMO University’s Faculty of Technological Management and Innovations (FTMI), operates in the field of printed electronics, applying various functional polymers onto textiles and developing fabric products with novel properties.

“All this lets us create “smart” and heated textile items,” says Olavi Siikki. “We’ve just produced accessories for bikes and scooters: special heated seat covers and handle grips. We’ve also developed muffs for baby stroller handles. All our products can be bought via any of WARMR’s social media pages.”

“Our team receives support from several mentors: Viktoria Zheltova, the head of the Engineering Center, Anton Gopka, the dean of FTMI, and Konstantin Khomchenko, a mentor at the ITMO Accelerator. For that, we are highly grateful,” says Olavi.

From an online course to international recognition

Before taking part in the competition, the startup took part in the online intensive course Accelerate Business Thesis, held by FTMI. Its participants were tasked with developing an investment memorandum – a document that introduces potential investors to a startup’s team, its competencies, the state of the market, and the project’s development stage, all in the same format as used by ITMO University for its startup-as-thesis initiative.

“We organized this course to help students prepare their startup thesis for defense,” explains FTMI dean Anton Gopka. “At the same time, we wanted to prove that this format would also work for pitch sessions, acceleration programs, and meetings with investors. When the course was over, we put the top projects in touch with international investors, accelerators, and competitions – among which was Eureka, held by our partners.”

Anton Gopka arranged for ITMO’s participation in the international competition in January, when he participated in the opening of the Year of Russian-Chinese Scientific, Technical and Innovation Cooperation together with the administration of the Hebei province.

As a result of the intensive course, seven projects were picked for the competition; three of the projects were recognized by the competition’s organizing team: WARMR, ElectroSense – an electrochemical platform for bioanalyte detection in blood developed by ITMO professor Ekaterina Skorb –, and Cosyma – an electroceutical project focused on the non-invasive stimulation of the spinal cord for post-stroke rehabilitation. The teams were asked to translate their investment memorandums into English, adapt it accordingly to the competition’s requirements, and prepare a short pitch that they would present to the jury.

WARMR’s presentation earned it the third place, 500 Australian dollars, and an invitation to the Eureka Innovation & Entrepreneurship Mission, the final stage of the competition, which is expected to take place in China in early September.

“Our goal was to demonstrate ITMO University’s projects at the international level, as besides the jury, they were also observed by potential investors,” says Anton Gopka. “Right now, these projects are being assessed by our Chinese partners, with whom we’re in talks concerning possible collaborations in tech and innovations.”

This win isn’t the first in the startup’s history. Earlier on, it received praise at a competition organized by FTMI and Gazprom Neft.

“There are three or four market segments which this project might make its move into,” explains Anton Gopka. “They could develop clothing for extreme conditions, smart clothing that monitors health or provides creative design solutions, heated covers for seats and handles of bicycles and strollers, or sports equipment capable of monitoring the wearer’s heartbeat, body temperature, or microelement levels. The project is currently at an important fork in the road, which makes it especially important for them to participate in competitions and receive feedback.”

Right now, the project is in talks with potential investors and searching for new concepts to develop.

“We have a truly international team. During the competition, we were in three different time zones,” says Olabi Siikki. “We keep a close eye on the market’s trends, look for new directions, and test the different possibilities for the application of printed and flexible electronics in textile products.”