Window into the Future: Start Development and ITMO Highpark Present the Latest Research on Urban Development

The city authorities look towards a new strategic plan that will shape the future of the megapolis. What will St. Petersburg be like? What must be addressed beforehand? And what time-tested practices can facilitate the holistic development of the modern-day city? Start Development and ITMO Highpark conducted a special study to answer these and other pressing questions. 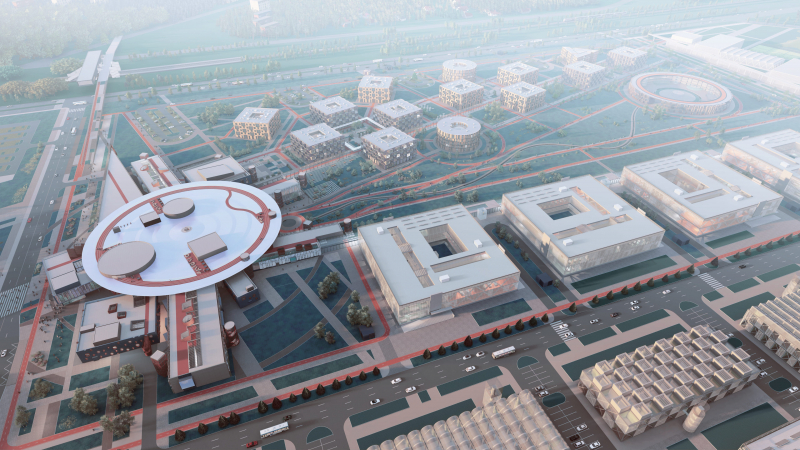 First and foremost, the authors of the research reached out to top-tier experts in urbanism, development, sociology, and economics to figure out what development strategy will be most relevant to the city. There are several key options, one of them implies a distributed model with no specific central urban area as in New York or Barcelona.

Most specialists (43.8%) believe that this is the right path for St. Petersburg, too. The research states that the metropolitan area has to include a network of economically and infrastructurally self-sufficient urban areas in order to avoid the encircling of the city with areas with dense construction.

“St. Petersburg must become a city of various districts – but not at the cost of the degradation of the city center. The region’s strengths lie in its satellite cities, and it’s of major significance to support this structure and not turn it into a shapeless field for construction,” notes Yana Golubeva, head of the MLA+ architecture office.

These types of cities became a trend across Europe back in the 20th century. Having appeared nearly in all metropolises, they became an all-in-one solution for various problems – from unloading spaces in central areas to increasing economic activity. Does St. Petersburg need satellite cities, too? And what should they be like?

The majority of respondents (43.2%) think that the concept must provide for a full-fledged network of mini-cities with production sites or research centers.

“There is no point in developing satellite cities without production facilities, scientific complexes, cultural and historical centers, and attraction points,” comments Mikhail Viktorov, co-chair of the Construction Committee of the All-Russia Public Organization Business Russia.

The same model will be applied to the satellite city Yuzhny – a new multifunctional district of St. Petersburg. The city’s first houses will appear near ITMO Highpark that will become the future home to ITMO’s second campus, a business park, and a Techno Valley. Multiple R&D centers will help its residents and ITMO laboratories to develop new technologies and solutions in the field of IT, photonics, quantum technologies, and life sciences & healthcare. ITMO Highpark will serve as a testing ground, a center for generating new knowledge and its commercialization.

Particular attention was paid to the issue of St. Petersburg’s industrial areas, which constitute 6,000 ha of the city square area and what’s more – nearly 40% of the city’s downtown.

Almost half of the experts surveyed (45.8%) share the view that today’s industrial sites can be transformed into multi-use spaces and include a blend of industrial, social, and cultural activities.

Around one-third of the specialists (32.4%) are firmly convinced that large-scale enterprises should keep their place within the city limits. The reason behind it is that they are considered an integral part of the vibrant urban environment and economy. Yet they must be improved to become safer for the health and lives of urban dwellers.

Some experts (16.2%), in turn, object to industrial sites in the city and even propose to move them to the periphery.

During the research, the authors of the study figured out how to correctly set priorities in the development of the St. Petersburg transport system, whether it’s right to create a separate structure for the urban environment development, what services should be at the core of a smart city, and how to evaluate the development of the city’s areas. Read more about this here (in Russian).