New pedestrian areas, parkings and a pedestrian bridge to the Military Historical Museum of Artillery, Engineers and Signal Corps are just some of the changes that will happen to the Alexander Park which is soon to be redeveloped. Last week, the project’s contest was announced by the St. Petersburg Committee for Architecture and Urban Development; its final results are to be presented by the end of May 2017. Apart from representatives of the Committee on State Control, Use and Protection of Historical and Cultural Landmarks, the Petrogradskiy District Administration and the "Beautiful St. Petersburg" movement, specialists from ITMO University are also part of the contest's jury - they are contributing to the contest by having completed preliminary research and recommendations to the contest's participants. 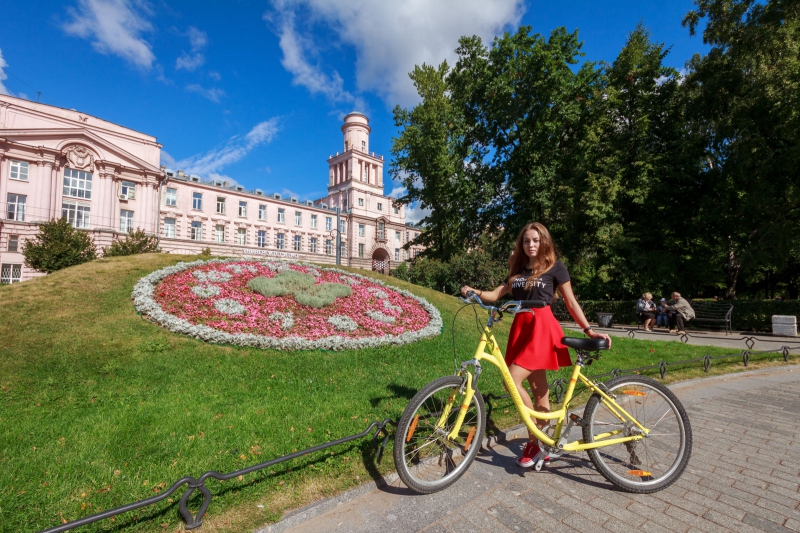 Alexander Park redevelopment plan: what has to change?

The closed architectural competition for the redevelopment concept of Alexander Park started last Thursday. Its main goal is to strengthen the park's tourism appeal, and make it more convenient overall. According to Ivan Gromov, the current head of Petrogradskiy District, now Alexander Park is too segmented: the Artillery Museum's territory, the park itself and the adjacent territories such as the Sitniy market are separated from each other.

This is why there is a need to plan new pedestrian areas and parkings, so that there would be no traffic within the park. Also, there is to be a new pedestrian bridge to the Museum of Artillery that will become part of the museum's exposition as well as link the museum to the park, and new walkways to bus stops. From seven organizations that have the necessary licenses, four were chosen to participate in the contest - those are Lenniiproekt, Engineering Technologies Company, St. Petersburg State University of Architecture and Civil Engineering and the VIPS Group of Companies. The winner will be chosen by a jury consisting of representatives of the Committee on State Control, Use and Protection of Historical and Cultural Landmarks, the Petrogradskiy District Administration, the "Beautiful St. Petersburg" movement and specialists from ITMO University.

According to Mikhail Klimovskiy, Director of ITMO's Institute of Design & Urban Studies Strategic Development, the university participated in organizing the contest as an analytical partner. Research done by ITMO's specialists provided the basis for recommendations to the contestants. "Before giving out contest documentation, it was important to assess the territory and pinpoint issues that have to be taken into account. Yet, I want to note that our research covered more than just what had to do with the participants’ tasks. They are to propose new functional zoning for the park, while in our research, we focused on such an important issue as its further development and management. It's necessary to not only reorganize the territory, but also develop a complex program that will solve the problem of attracting more visitors to the park," comments Mikhail Klimovskiy.

What are the park's current problems?

To fully assess the situation and define the park's main problems, specialists from ITMO University conducted three types of research. The first was semantic analysis of social networks, which was conducted so as to understand the citizen's opinion of the park and what they would've liked to see there. During the first stage, specialists analyzed more than 60,000 posts from VK, Twitter, Instagram and Facebook. It turned out that the things Petersburg citizens would appreciate most are more facilities for children, as well as those related to entertainment, dancing and modern art. The latter is of no coincidence. Each year, the Contemporary Art in the Traditional Museum festival takes place not far from the Alexander Park. Taking this into account when developing the new redevelopment concept would be only logical. Secondly, the specialists analyzed the condition of traffic and pedestrian flows, the park's accessibility and its internal arrangement. During this stage, they defined several key problems: first of all, there are few entrances from the side of KronverkskyAvenue. That is why many of ITMO's students have to walk along the tram route to get to university. Another problem is the irrational structure of the park's walkways, which has resulted in the infamous trodden paths along the lawn, showing that there is actually a better way to organize the walkways.

Finally, the third research was in some way a cultural and historic analysis of the park's development. According to Mikhail Klimovskiy, the park has always been a unique place - since its creation, it was the first public area that was open 24 hours a day as opposed to other parks. This can be used even now, for managing it effectively and holdingvarious events throughout the year. The projects will be accepted until May 20, and by May 26 the results will be announced. Alongside the contest, the "Beautiful St. Petersburg" movement will launch a survey among St. Petersburg citizens. Its goal is to let anyone share his vision of the park's further development, pinpoint the relevant problems and offer their own solutions. A similar approach was already tested during discussions about Sennaya square's renovation. Mikhail Klimovsky believes that this time, its most important for ITMO's students to take part in the survey.

"As Alexander Park is so close to ITMO University, we can well see it as the university's park. This is why if our students participate in the survey, they can put forward their ideas and proposals so as to make this space more inclusive and adjusted to their needs. Yet, if we're talking about ITMO's overall task on the city level, what is it? Despite Urban Science being quite a young subject area in our university, thanks to such projects and strong IT-competencies we are already capable of doing more complex things that go beyond just urban analysis. We are not going to stop at helping with this contest only - we are planning on becoming the city's partner in what has to do with analytical and strategic consulting," concludes Mikhail Klimovskiy.