On June 18 in Brussels, the interuniversity group IoT-open.eu held its final symposium as part of the Erasmus+ grant. As part of the project, scientists from Italy, Poland and other countries collaborated on popularization of the Internet of Things technologies. Russia was represented by specialists from ITMO University. Among them was Alexander Kapitonov, an associate professor at the Faculty of Control Systems and Robotics. He spoke to ITMO.NEWS about the results of the work, future plans for other international projects and prospects of using the Internet of Things for the protection of the environment. 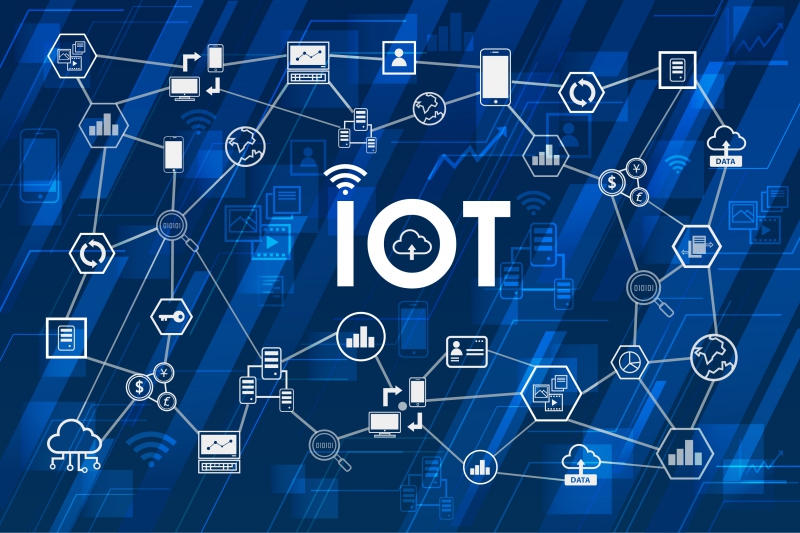 Could you tell us more about IoT-open.eu?

This money allowed us to equip a network of laboratories for remote connection and validation of software. They are already in operation at the participating universities and are accessible to all students. What such a laboratory represents in practice is a relatively small booth. Having booked it in advance, a user uploads their code and checks how it runs.

Apart from that, we jointly wrote and published a book. It contains practices, guides and instructions to help beginners start their work in the field of IoT, using a computer and a minimal set of equipment. You can download the book for free on our website.

What I consider to be our most interesting project is three series of video lectures. Each includes over 20 classes by the participants of the IoT-open project. As of now, the video materials are still in limited access mode, but it is planned that this August, they will become fully accessible to all members of the online learning platform edX. You don’t necessarily have to have a serious background in the subject to enroll: they are designed with users of all levels in mind.

Your Brussels event was a presentation on the results of your work as part of the grant?

Yes, this was a reporting event for the grant, which has to be held by every participating university. As per the requirements, we had to organize the event outside of Russia. Norwegian University of Science and Technology very kindly provided us with their facilities and equipment. We were supposed to invite 20 representatives of business, but in the end, our event was attended by some 60 people.

The program included not only report for the grant but also presentations by different guests. For one, the representative of Digital Europe, an organization specializing in legislation in the field of digitalization, talked about how the Internet of Things contributes to the advancement of the sustainable development goals on the scale of European cities. There were also short pitches of external projects, for example, on using IoT for monitoring of CO2 emissions. The framework of the Paris Agreement includes a mechanism according to which companies producing carbon dioxide emissions have to buy carbon green credits to compensate for their harmful impact on the environment. In other words, if you emit CO2, you are visited by auditors who evaluate the amount of your emissions, following which you have to buy credits. Later on, if you provide evidence of lowering your emissions, you can get some money back by selling your credits on the market.

How can the Internet of Things become involved in this process? Instead of being visited by auditors who check the amount and impact of emissions, companies can set up sensors which will gather this data on their own.

Piotr Czekalski, the coordinator of our program, talked about how IoT is used by the countries in Africa. He has some contacts in Cameroon, and in this country, the majority of produce is supplied on the market by privately owned farm businesses belonging to individual families. They really set store by introducing and applying technologies in their processes. To that end, it is a local priority to find a cheap solution for increasing the farms’ effectiveness. For example, there is a widespread problem of animals dying because the farms have no technology for regulating the temperatures in their facilities. A system that would prevent a farmer about such possible risks could be IoT-based.

Our colleagues from the Flanders Marine Institute in Belgium gave us insights into how they use aquatic robotics and sensors to improve the quality of services in harbors. They have to supply the city’s administration with data on the amount and impact of CO2 emissions by the ships going into the harbor. There are dishonest ship owners who use cheap fuel with a highly negative ecological impact. The staff of the company want to advance the monitoring of such vessels for them to be automatically fined.

Are these projects close to being completed?

As of now, all of them are in the piloting stage. Our colleagues spoke about their developments exactly to get some feedback from the experts and industry representative present. The main goal of the event was to find new points of contact and partners to apply for grants with. This fall, we are planning to start working on new applications for the grants Capacity Building and Horizon 2020 with our new partners. These projects probably will revolve around the Internet of Things, but with more of a focus on the applied aspects: machine learning algorithms and machine vision rather than education.

Is it difficult to get a grant from the EU?

It’s not as simple as it may seem on the surface. But we are lucky to be working with Maria Sigutina, ITMO University’s liaison in the EU, who has a wealth of experience in applying for and winning grants.

The EU puts a premium on how you plan to promote your project: how much mass media coverage it will get, what events it will be accompanied with, and who will attend those. For example, for our panel discussion, we invited a representative of Academic Cooperation Association (ACA), which collects best practices in the field of higher education and promotes their implementation into educational organizations. The people distributing EU grants pay great attention to the influence and reach of your project.

Talking of influence. During a recent lecture at ITMO University, Yandex specialist Alexander Surkov mentioned that Russian telecommunication companies had already spent a significant amount of money on creating networks for the country’s IoT infrastructure. In your view, what are the prospects for this technology to be used for the protection of the environment in Russia?

Let’s first consider whether the infrastructure in question is as completed as it is said to be. St. Petersburg already has a digitalization office developed with participation of ITMO University specialists, but it is currently at the point of the creation of a charter and agreeing of protocols. The city is still far away from being equipped with the necessary amount of sensors. Moscow has advanced a little bit further, having started to use machine learning algorithms for the recognition of information contained in images from street cameras, but everything is still very much in the pilot stage.

Russia has a long way to go to start implementing projects on using IoT for the protection of the environment. One reason why is the legislation. As a citizen, you have the right to register and take photos of something problematic in ecological terms, but you can’t lay the blame on certain people or companies because they can sue you for that. “What equipment did you use? Where are your measurements? Do you have any environmental education to support your point?”

If I were to set up a methane or CO2 sensor outside my window and register that the data collected differ from the official one, I couldn’t talk about it publicly, because publicly stating that information is considered unlawful.

There still are good initiatives out there, though. Recently, we have seen the introduction of such a concept as a public environmental inspector. They could register any existing violations with the means accessible to them and address a complaint or inquiry to a relevant government body. Eight people in St. Petersburg have been recently given this status.

To become an environmental inspector, you have to have specialized education, be it a university degree or that of further training courses. Your responsibilities will include registering violations with video or photographic evidence, taking appropriate action to ensure the safety of that evidence, communicating this data to the public, supporting the implementation of relevant national programs and participating in the work on raising environmental awareness. The Ministry of Natural Resources and the Environment have not so long ago come out with a statement that it trained 2,000 public environmental inspectors in 85 territorial entities of the Russian Federation.

Europe, for reference, has a functioning project called WeObserve. This is a platform and app that allows users to set up sensors and send the collected data directly to environmental control agencies.

We have recently won a grant as part of which we will launch self-driving vessels into St. Petersburg’s open waters to develop a map of their state and pollution present. I strongly wish for such vessels to circulate the Neva on a regular basis to assess the state of its waters.