Michael Kramer is an experienced bike traveler, member of the European Parliament (2004-2019) and the European Green Party, the Chairman of the European Parliament’s Committee on Transport and Tourism (2014-2017), as well as the initiator of the EuroVelo 13 – Iron Curtain Trail project, a cycle route of over ten thousand kilometers stretching from the Barents to the Black Sea. He has recently participated in the BizCycle international project held in Vyborg with ITMO University as its leading partner. In this interview with ITMO.NEWS, the expert shares about the experience of European countries in developing cycling routes and why it is beneficial for the economy. 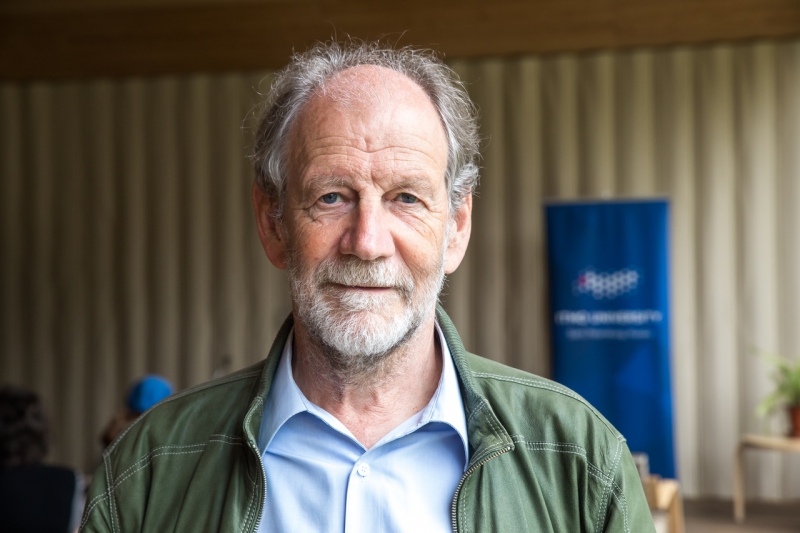 In your speech, you noted that at the very start of EuroVelo 13, you were a big dreamer. But now it has all become a reality: the route extends over ten thousand kilometers and unites some 20 countries. What allowed you to achieve such results?

First of all, the fact that the project received official support, which helped it gain popularity, as it helped the project gain popularity. After all, this is an international route. Its mission is to unite local and regional routes, for example, those located at the state borders. For example, in Berlin, there is a local route called the Berlin Wall Trail.

Among the member countries of EuroVelo 13, which one impresses you the most?

In what way, in your opinion, can the development of cycling tourism be beneficial for the economy, especially for local communities?

In general, it is estimated that a cyclist spends 35 euros per day without accommodation, while a car tourist spends only ten euros. However, the existing infrastructure is not comfortable for cyclists, and this should be changed.

What difficulties do cycling tourists face in Europe?

The biggest challenge has to do with long distances. For example, you need to stay overnight but you don’t have enough time to get to the place you need. This problem is very typical for Finland, where there are lots of 80km long routes without any shops or cafes on the way.

But if you know about such a problem in advance, you can find a way to solve it. This is why it is important to provide people with all the necessary information about the routes. For this purpose, I wrote several books about my trips, where I describe various routes and give examples of places where one can stay overnight.

A few weeks ago, I was traveling in northern Finland and I only met two people on my way. I asked them where they were from. It turned out that they were from Australia and decided to ride the Iron Curtain Trail cycling route. They didn’t have any books with them and used only a GPS navigator.

What do you pay attention to when riding a route?

First of all, popular tourist attractions, as well as cultural and historical monuments from the periods of the Second World War and Cold War.

The Leningrad Oblast joined the EuroVelo 13 two years ago. Back then, you studied and tested all the routes in the region, visited Vyborg, Primorsk, Zelenogorsk, Ivangorod, Bolshaya Izhora, Peterhof and other cities. What do you think about these routes?

Most of all I like the route from the Finnish border to Vyborg. Now there is a new road, but in some parts of it, it is forbidden to ride a bicycle. Three years ago, you could ride a bike everywhere but it was forbidden to stop. I think that in the future, if people start using the new infrastructure, it will be wonderful.

There is already a well-developed bicycle network in Western Europe, all the necessary infrastructure is already in place. Russia doesn’t have a lot of that going on. Would it possible, bearing that fact in mind, for us to take Western Europe’s experience on board in this regard?

The situation in Western Europe also varies. For example, Denmark and the Netherlands are the leading countries in the field of cycling tourism, and, as a representative of Germany, I can say that it would be wonderful if we learned from their example. We always need a good example. It’s completely unnecessary to invent a new route from point zero, you can copy effective solutions out there. If I’d said to someone 20 years ago that 60% of citizens of Copenhagen would be commuting to their work on bikes in 2019, they would have called me crazy. But now, it’s a reality.

In Russia, more and more people get into cycling tourism. People are just beginning to study the economic effects of the development of this industry. It doesn’t require any big investments, all that needs to be done is to create good infrastructure. For example, if you are traveling from Helsinki to Vyborg or St. Petersburg, you will have to ride tens of kilometers, and it’s not an easy path. But if they allow to carry bicycles in the Allegro trains, it can make the journey much more comfortable.

Is developing the infrastructure the responsibility of the state or the business community?

This should be a concerted effort. Without the state, this process is impossible because it’s its task to provide essential infrastructure. At the same time, the state’s efforts should be supported by businesses. That’s why what we need here is cooperation between the state and different private companies both on national and regional levels.

At the workshop, Michael Kramer spoke in detail about the EuroVelo 13 Iron Curtain Trail initiative and shared his experiences of traveling in the Leningrad Oblast. The event was held in Vyborg on September 25-26 as part of the BizCycle international project. This is an international project implemented as part of the 2014-2020 South-East Finland – Russia Cross-Border Cooperation program. The initiative sets forth the creation of itineraries and information services envisaged to help cycling tourists traverse the region in the most comfortable way possible, being catered for by local enterprises. BizCycle is a joint collaboration between businesses, research centers and local authorities from both sides of the border. ITMO University is a leading partner of the project.