Staff of ITMO’s Modern Communication Technologies Lab have developed a project that aims to integrate the latest information technologies into the day-to-day life of large cities. Centers for promotion of novel initiatives will open in Helsinki, St. Petersburg, and Lappeenranta. 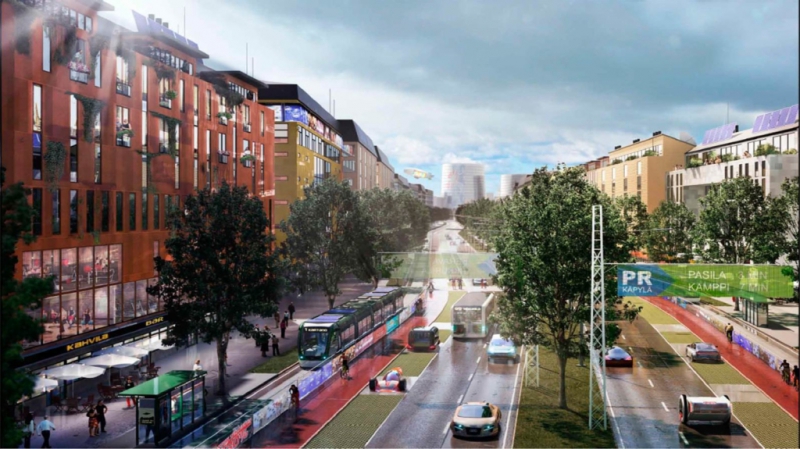 Cross-Border Dimensions of Disruptive Information Technologies (CroBoDDIT) is a project that aims to promote breakthrough information technologies in order to develop urban infrastructures. It is implemented as part of the Russian-Finnish cross-border cooperation program and aligns with the Concept of long-term socio-economic development of Russia until 2020.

The key word in CroBoDDIT’s name is disruptive. The project will support research initiatives and startups that seek to disrupt, remove and redefine aspects of everyday life. Among its top priorities are Internet of Things, Big Data, and blockchain technologies. The latter is especially relevant, as it will let citizens cut out the middleman and form contracts between each other.

A team of scientists, with the support of ITMO University’s Center for Project Management, has formed an international consortium that, in addition to ITMO, includes the St. Petersburg Information and Analytical Center and Forum Virium Helsinki, a subsidiary of the City of Helsinki. The consortium is headed by the Lappeenranta University of Technology.

As part of the project, demonstration points-of-contact will be created at educational institutions in three cities: St. Petersburg, Helsinki, and Lappeenranta. The project’s authors explain that the choice of locations was determined by their desire to implement their plans in two metropolitan cities and one border town. The staff of these centers will closely collaborate with local municipal authorities, for example, to test technologies in select areas.

“CroBoDDIT is not a scientific project; its goal is commercial development in a cross-border environment. We want to establish communications between researchers and developers of innovative technologies with the aim of providing practical benefits to citizens, reducing state and private expenses, and making it easier to carry out everyday tasks. The use of blockchain and other technologies will improve the people’s quality of life. Our demo-centers will help implement novel ideas on a local scale,” says Oleg Sadov, head of a blockchain development team.

The staff of the demo-centers will host seminars, workshops, and hackathons for researchers and developers. Together, they will meet to discuss ambitious initiatives and the risks and benefits of ground-breaking ideas.

The first startup to begin working with the demo-centers will be a project by ITMO researchers that aims to use technologies to set up a separate waste collection system. Using a blockchain-based mobile application, citizens will participate in an automated waste collection system and profit from it. The project was chosen because of how far along it is in development: the first prototype of a sensor-equipped waste collection bin is already functional and ready for use.

In the future, the staff of the demo-centers will promote other initiatives, as well. For instance, a Finnish development team has created a blockchain system for creation and verification of IDs. Another ambitious project was developed by the University of Helsinki with the car manufacturer Mercedes. Its main premise is that individual users will be able to accumulate electricity with roof-embedded solar panels and share it with the city.

CroBoDDIT is planned to function for three years. In that time, its participants hope to create a stable scientific and educational ecosystem for the integration of disruptive IT.

An important place in the demo-centers’ work schedule is given to disruptive IT in the fields of economics and finance. The use of blockchain tech in this field has come to be known as FinTech. Work in this area is done in collaboration with St. Petersburg State University’s National Economics Research Center. As of now, the project is seeking out developers from among students of information-, finance-, and economics-focused programs. Current job openings and requirements can be found here (in Russian).