ITMO University scientists have developed a mobile app that monitors drivers’ condition. When the system detects the signs of sleepiness or inattentiveness, it immediately follows back with recommendations on steps to take to avoid possible collisions. ITMO.NEWS spoke to Alexey Kashevnik, head of the project and associate professor at ITMO’s Information Technologies and Programming Faculty, to find out about the challenges encountered by the scientists and their future plans to develop the Drive Safely system. 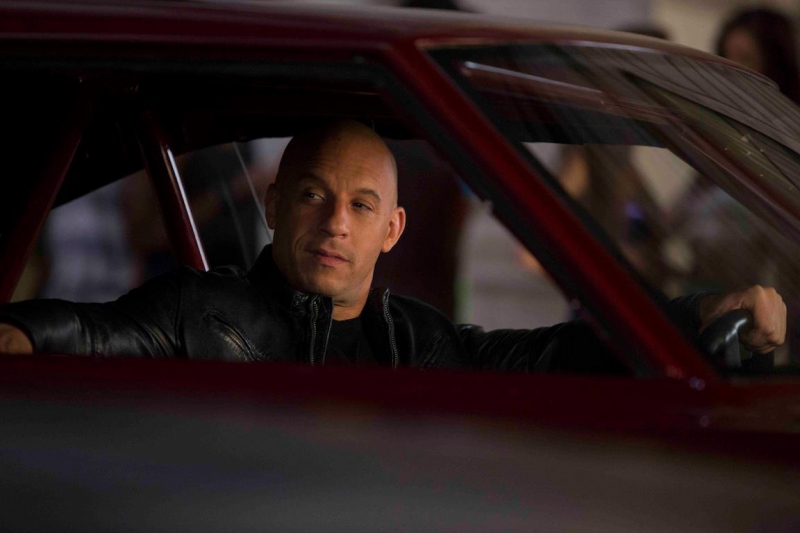 The Fast and the Furious. Credit: kinomania.ru

How did the idea of developing such an app occur?

The idea came together with Igor Lashkov four years ago. When he enrolled in PhD studies at ITMO University, he said that he’d be interested in working on a project like this one. I also found this concept promising, and we set out to bring it into reality; as a result, last year, Igor successfully defended his PhD thesis on this topic.

Could you tell us how Drive Safely works?

The project is made up of two parts: a smartphone app with sensors and a camera that detects dangerous states and generates recommendations for the driver, and a cloud service into which we collect data on a user’s driving history, individualize the detection of dangerous states for specific drivers and generate reports on trips. This is how the learning of the system is conducted; of course, the app can operate in autonomous mode, without access to the internet or if a driver doesn’t want to share information about their trips.

What states the app is able to detect?

In essence, we’re dealing with two types of states: those identified online and offline. The online category includes the states detected directly via a smartphone, without access to the cloud service, while the offline category needs cloud computing to be identified. The online states are already implemented in the app: these are sleepiness and inattentiveness. It is these states that need to be detected in a short period of time as the distraction of drivers from what is happening on the road and them falling asleep at the wheel can lead to accidents in a matter of seconds. Offline detected states are what we are currently doing research into; we’ve already made some progress but our developments haven’t yet been introduced into the app. These include an increased heart rate, alcohol intoxication, increased stress levels and aggressive driving.

How does the system adapt to users given their different response rates and varying signs of drowsiness and inattentiveness?

Adaptation and individualization are the topics we are currently looking into. A little more than a year ago, we received a grant from the Russian Science Foundation supporting fundamental research in this field. Right now, drivers can teach the app by providing feedback on specific dangerous states which we plan to use to teach our neural network.

Does this mean that the current release is not the final version of the app?

Exactly. We’ll continue our work on adaptation and individualization, as well as interactive opportunities. We see the current version of the app as the basis that will help us gather the statistics for further research, as well as get feedback from users.

Who is this app aimed at?

First and foremost, we’re aiming it at car parks, because individual drivers could have fortunately never encountered road accidents and thus don’t give much thought about this app as being useful to them. On the other hand, taxi services, logistics and car-sharing companies have thousands of cars, which means that as per the probability theory they record at least one road accident per week or month. This can make them more receptive to the value of this app. But I also know regular car owners who fell asleep at the wheel or have been in dangerous situations on the road and would be happy to make use of this service to ensure their security. We have recently been joined by a Master’s student who will develop the system’s interactive features setting in motion in case it records sleepiness several times. What we’re talking about here is an interactive form of voice communication with a driver that will help them stay awake when on the road.

What devices is the system designed for?

Practically any modern Android-operated smartphone will be able to conduct the necessary computations.

How many people have already downloaded the app and are using it now?

According to the Google Play statistics, our app has been downloaded 5,000 times. But in terms of long-term use, we have about 500 drivers.

Does the app have any international analogs?

There are no apps like ours that we know of, we were unable to find anything similar in Google Play or Android Market, but there is of course similar research conducted. In theory, there are some in-built apps to be used on devices for logistics companies, but these lack the interactive element and recommendations for drivers, everything there is is just an assortment of data for the company leadership. Apart from that, these are specialized devices, and not smartphones which most people now have, and this creates added costs for purchasing these devices, installing them into your car and setting it up. This field is actually now marked by active development. At the beginning of summer, Yandex announced an introduction of a similar system for their drivers, but I haven’t heard any news on the subject ever since. Volvo has also announced that starting from 2021, they will be equipping their cars with a similar app, and the EU leadership in general is planning to legislate for the introduction of this function into all cars sold on its territory.