In the spring of 2021, the Russian Ministry of Science and Higher Education expressed its support for the establishment of an official body that would be tasked with representing the opinions of students. In December, applicants from among the number of heads of student organizations were selected for the new Student Council. As a result, 82 students were chosen, each representing a federal subject. St. Petersburg is represented by Denis Ovesnov, a student of ITMO University’s School of Translational Information Technologies. 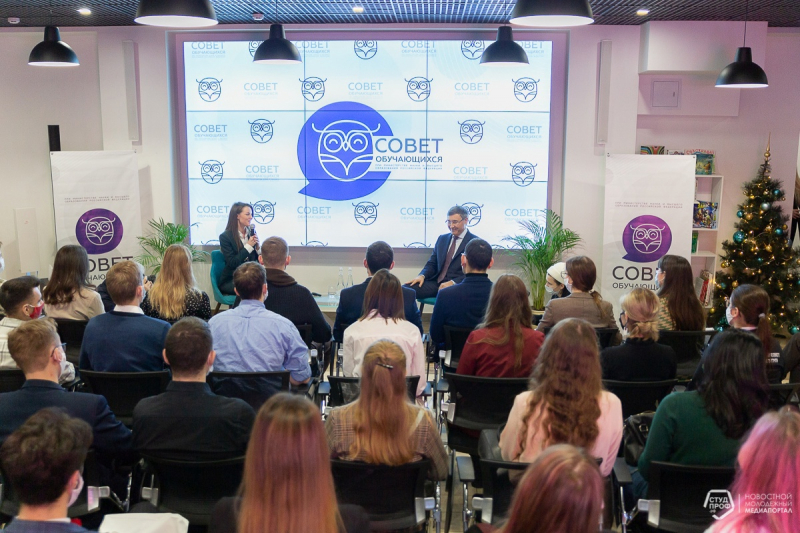 The newly founded Student Council will be curated by the Ministry of Science and Higher Education’s Department of State Youth Policy and Educational Activities, particularly its director Denis Ashirov. In late December, he conducted an orientation session during which he responded to council members’ questions on the new advisory body’s functions, operations, and first priorities, as well as possible future administrative support for sports, social, patriotic, and other initiatives.

On the next day, the council held its first session in the form of an open discussion with Valery Falkov, the Minister of Science and Higher Education. Students’ questions were not screened in advance – the minister was ready to discuss any problem brought up by the members. During the short, but productive meeting, the attendees touched on the issues of research funding, quality of education and remote learning during the pandemic, the importance of soft skills, and individualized education.

“One of the top priorities for the Russian higher education system is the personalization of learning tracks because it is undeniably a popular, well-received trend among young people,” noted Mr. Falkov.

As the minister noted, the Student Council is made up of very diverse, but equally active students. And their task is not only to show initiative, but also find ways to promote the well-rounded personal development of every student – a core element of modern education.

The council’s in-person sessions will take place at least twice a year, with the next one already slated for this winter. During this session, the members will select a chairperson, the heads of working groups, and the representatives of federal districts who will sit on the council’s presidium. For a period of two years, the presidium will be responsible for identifying the council’s goals and overseeing its work.

“What’s important about the Student Council is not even that it will maintain a constant open dialogue with the Ministry of Science and Higher Education; to me, what’s even better about these sessions is the opportunity to share some invaluable experience in managing student organizations and educational processes. Oftentimes, contact between faraway regions is not the most efficient. There are great events, projects, and methods developed across the country that need to be analyzed, adapted, and introduced in other regions in order to improve students’ lives. We at the council have already established contact and were able to exchange some of our experience. There is no doubt that we’ll be able to continue doing that during the upcoming regular sessions,” comments Denis Ovesnov.