The Russian Ministry of Science and Higher Education has announced the results of its competition for the best university volunteer center. ITMO University won the special category for the top volunteer center at a higher education institution. 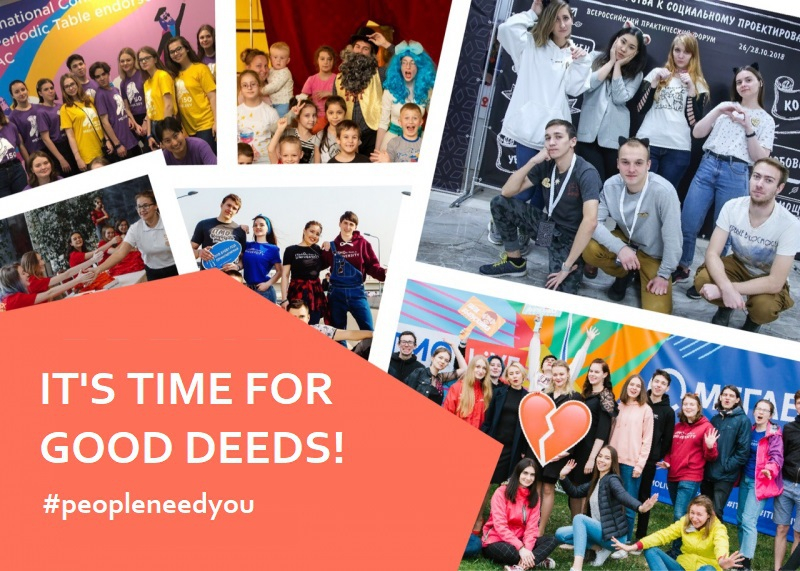 The People Need You! initiative

The competition was held by the Federal Educational Center for Support and Development of Volunteering, established by the Russian Ministry of Science and Higher Education, and with the expert support of the Association of Volunteer Centers.

Despite the competition being very new (it was held for the first time this year), it received 353 applications from 179 universities. Its goal was to identify the best practices for the organization of volunteering activities at universities for their subsequent adoption at various educational institutions across Russia.

According to Alena Tarasova, a manager at ITMO University’s Student Initiatives Support Department, the news of their team’s win was a wonderful New Year’s present to them all.

“This was a long-awaited achievement for us. We’ve worked on the People Need You! initiative for quite a long time and we’ve dedicated the past few years to developing our volunteer center and introducing as many volunteer initiatives as possible into the curriculum. We value this success very much, and it is certainly this year’s best gift to ITMO’s volunteer community,” she says.

According to Andrey Zlenko, head of the Student Initiatives Support Department, this success is chiefly a sign that the ITMO Volunteer Center’s efforts are recognized by their colleagues and experts.

“In 2012, our team of five established the first small volunteer center; since then, we’ve grown greatly. We’ve already had a number of major successes on the Russian and the international fronts. But this nomination, the fact that the experts have rated our work so highly – it’s all extremely motivating to all of our members. It matters to us that we will now be seen as trendsetters where it comes to student volunteering. For instance, the approach we use to establish volunteering initiatives through student clubs is quite unique for Russia and is much different from the hierarchical structure used by many Russian universities. Two years ago, no one believed we could do this,” comments Andrey Zlenko.

Winners will also receive valuable prizes such as laptops, various equipment, and projectors.

According to the staff of the Volunteer Center, their victory can be credited to the achievements of ITMO’s volunteer student clubs, which have demonstrated their work especially well this year. 2020 saw the launch of the Digital Volunteer Club and a major growth of the Paws of Help club. Students actively participated in the #WeAreTogether initiative, while the team of the ITMO.Green club began introducing a waste sorting system on campus via the ITMO.FUTURE competition – the first stage in ITMO’s adoption of a “green university” model.

Next in the Volunteer Center’s plan – to turn ITMO University into the flagship of St. Petersburg’ student volunteer community.

“The St. Petersburg Committee for Youth Policy and Cooperation with Public Organizations has already suggested that we begin developing a separate branch of the student volunteer movement in the city. We plan to promote and scale up our tried-and-tested methods and technologies all around the city. Our main goal for 2021 is to see St. Petersburg win the Region of Good Deeds competition, for which it has never been nominated thus far,” says Andrey Zlenko.