ITMO in Top 100 of THE Impact Rankings in Industry, Innovation and Infrastructure

THE University Impact Rankings evaluates universities based on their contribution to the UN’s Sustainable Development Goals (SDGs). ITMO entered the top 400 of the overall ranking, with each of the university’s seven SDG initiatives included in their respective rankings and one of them featuring in the top 100. 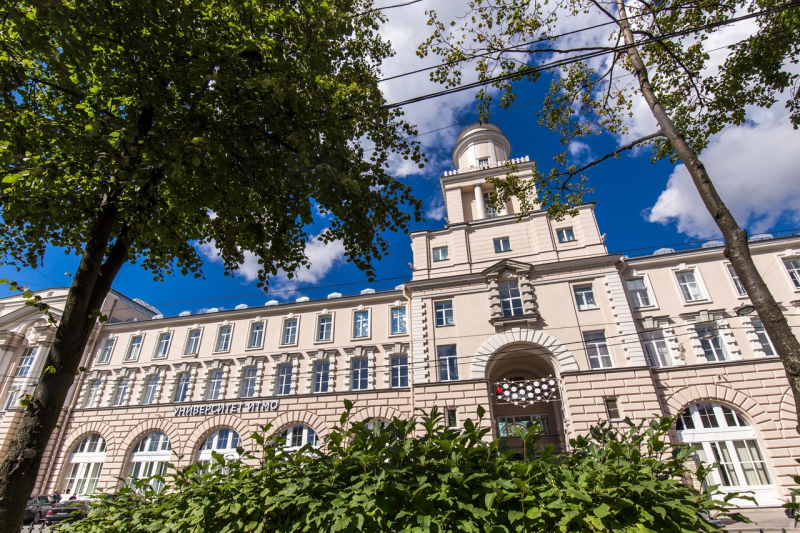 This year, ITMO expanded its presence in the ranking from four to seven initiatives: No poverty; Good Health and Well-Being; Decent Work and Economic Growth; Industry, Innovation and Infrastructure; Sustainable Cities and Communities; Peace, Justice and Strong Institutions; and Partnerships for the Goals.

The first ranking issued in 2019 included only 11 SDGs, but since last year universities are evaluated based on all 17 criteria. The ranking is based on the information provided by the universities, as well as on the data available in the Scopus abstract and citation database. The authors of the ranking use a balanced system of metrics to compare universities in four fields: research (generating knowledge in SDG-relevant topics), stewardship (managing physical and human resources), outreach (work with local, regional, national, and international communities), and teaching (training skilled specialists to work towards SDGs).

“First and foremost, THE University Impact Ranking does not aim to evaluate universities based on the “classic” criteria of educational and research activities but instead focuses on the global challenges outlined in the UN’s SDGs. The ranking demonstrates how universities contribute to finding solutions to these global challenges, how they keep up with the trends (such as sustainable urban environments or ecological issues and efficient use of resources), as they will define the future economy and social structure. In other words, this is a future-oriented ranking that tells us how well universities can answer the coming challenges,” comments Ilya Kuftiryov, the head of ITMO University’s Rankings Research Center.

To be included in the ranking, universities must contribute to at least four of the SDGs, including the 17th – development of global partnerships. In the 2020 ranking, ITMO University was evaluated in four categories of the ranking: No Poverty; Industry, Innovation and Infrastructure; Sustainable Cities and Communities; and Partnerships for the Goals, which led to the university entering the top 200 in the first two categories, and being included in the top 100 and top 600 in the last two categories respectively. This year, ITMO also submitted information about three more SDGs: Good Health and Well-Being, Decent Work and Economic Growth, as well as Peace, Justice and Strong Institutions.

Based on the evaluation in separate criteria, it’s notable that ITMO has returned to the top 100 of the category Industry, Innovation and Infrastructure (SDG 9), as well as featured in the top 200 in the No Poverty (SDG 1) and Decent Work and Economic Growth (SDG 8) categories. Moreover, in the Sustainable Cities and Communities (SDG 11) and Peace, Justice and Strong Institutions (SDG 16) categories ITMO was included in the top 300, while the evaluation in the Partnerships for the Goals (SDG 17) and Good Health and Well-Being (SDG 3) categories landed the university in the top 600 and top 800 respectively.

In the No Poverty category, ITMO was placed 101-200 among the 591 institutions ranked. Here, the university got its highest score for the anti-poverty programmes criteria, which evaluates the provided support for students from low income families to enable them to complete university. What is more, the ranking evaluates the proportion of students receiving financial aid due to poverty; admission of students from low-income families and support of these students; university support for local sustainable businesses through education and resources (for instance, mentorship programs, training workshops, or access to university facilities); as well as research on poverty.

This year, ITMO was evaluated in the Decent Work and Economic Growth category for the first time landing it on 101-200 out of 685 universities. In this category, the ranking evaluates employment policies, expenditure per employee, number of students with an employment placement of more than a month, the proportion of employees on contracts of more than 24 months, as well as research on economic growth and employment.

In the Sustainable Cities and Communities category, ITMO was placed 201-300 among 656 universities. The most important criterion evaluated here is the university’s openness to the local community: its participation in cultural life, expenditure on arts and heritage, organization of various events for the publiс at university and more.

In the Peace, Justice and Strong Institutions category, ITMO was also included for the first time and was placed 201-300 out of 653 participating universities. The criteria evaluated in this category are measures to improve the efficiency of university management, working with the government, proportion of graduates in law and civil enforcement, as well as research in relevant fields.

The Partnerships for the Goals category is deemed the most important one by the authors of the ranking – and it is impossible to be evaluated in the ranking without submitting data in this category. The metrics evaluated here are the proportion of academic publications on SDGs with co-authors from other countries; university collaboration with the government and national or international NGOs to tackle SDGs; publication of SDG reports, and education for the SDGs. In this field, ITMO was ranked 401-600 among 1,154 universities.

As a result, ITMO University was evaluated based on all seven submitted initiatives and, just like last year, was included in the ranking’s top 400 but with a greater general score. This year, the overall ranking features 1,115 universities, which is 347 more than last year