Students of ITMO University’s Faculty of Digital Transformation (Master’s program Game Development Technologies) have placed first in the Best Student Game category at DevGAMM Awards 2021 and secured a prize of $4,000. The competition was held as part of the game developer conference DevGAMM – the largest of its kind in Eastern Europe. The event is held annually in Moscow, Kyiv, Minsk, and other cities in the region. 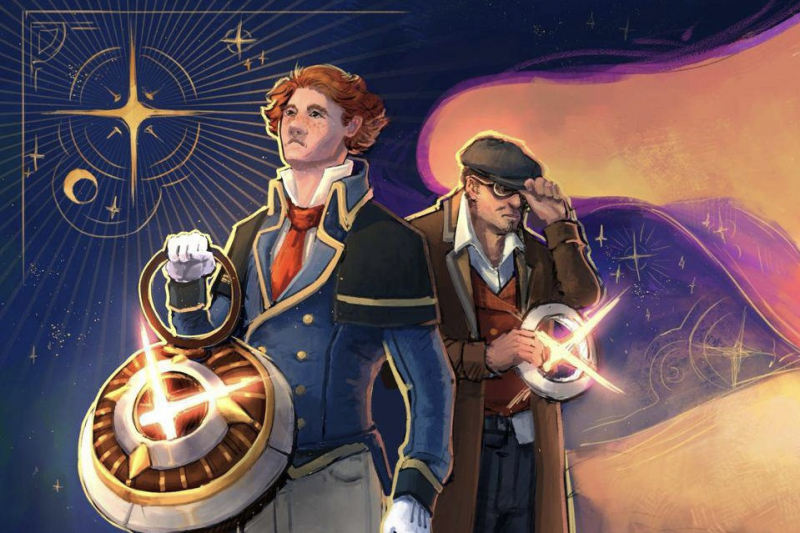 A screenshot from the Library of Souls trailer. Credit: youtube.com

The total prize pool of DevGAMM Awards 2021 amounted to $40,000, split nearly equally between the nine winners. All in all, 30 games from 15 countries competed for the prizes.

A team of students from ITMO University – Viacheslav Ligai, Polina Gibshman, Maxim Tolstukhin, and Alina Pospelova – became the first winners of the new nomination, beating out teams from HSE Art and Design School and Scream School. Experts named their game, Library of Souls, the best student-made game of the year; the team received their congratulations from Renee Gittins, executive director of the International Game Developers Association (IGDA).

Library of Souls is a turn-based tactical strategy set within a magic library. Players choose one of several characters, each with their own backstory, abilities, and traits that can be modified and customized to the player’s preference.

According to team captain Viacheslav Ligai, the game started out as a term paper. At the time, there were five team members: in addition to Viacheslav, Polina, and Maxim, the game was initially developed by Mikhail Garaev and Anastasia Skudarnova, who left the team later on.

However, the developers decided not to limit themselves to a demo and give their game a full release. The team expects their game to become available on Steam within the next year.

“The idea came to us sometime this January. The core mechanics are quite unique, but some aspects we borrowed from older projects and the team members’ own ideas. Of course, we tinkered with a lot of things in the process, threw out some ideas and reconsidered others, but the central premise never changed. The key feature is that you can swap personal traits between characters. And each character will exhibit this trait differently. For instance, “attentiveness” will manifest as “strictness” in one character, and as “overprotectiveness” in another. We were inspired by games we love: Banner Saga, Into the Breach, Heroes of Might and Magic, and Divinity: Original Sin, as well as the atmosphere of the Victorian era. The visuals were also influenced by star maps and the general aesthetics of the night-time,” says Viacheslav Ligai.

He adds that participating in DevGAMM Awards is a great opportunity to present a project to a large audience and meet colleagues, investors, and publishers – all potential future collaborators. The monetary prize comes in handy, too: the team plans to use it to purchase new hardware and cover development costs.

Earlier on, Library of Souls also participated in Indie Cup, in which it was short-listed for the Best Unreal Game category; the game is currently a nominee in the student game category of the Unreal Dev Contest. The contest results will be announced on December 15.